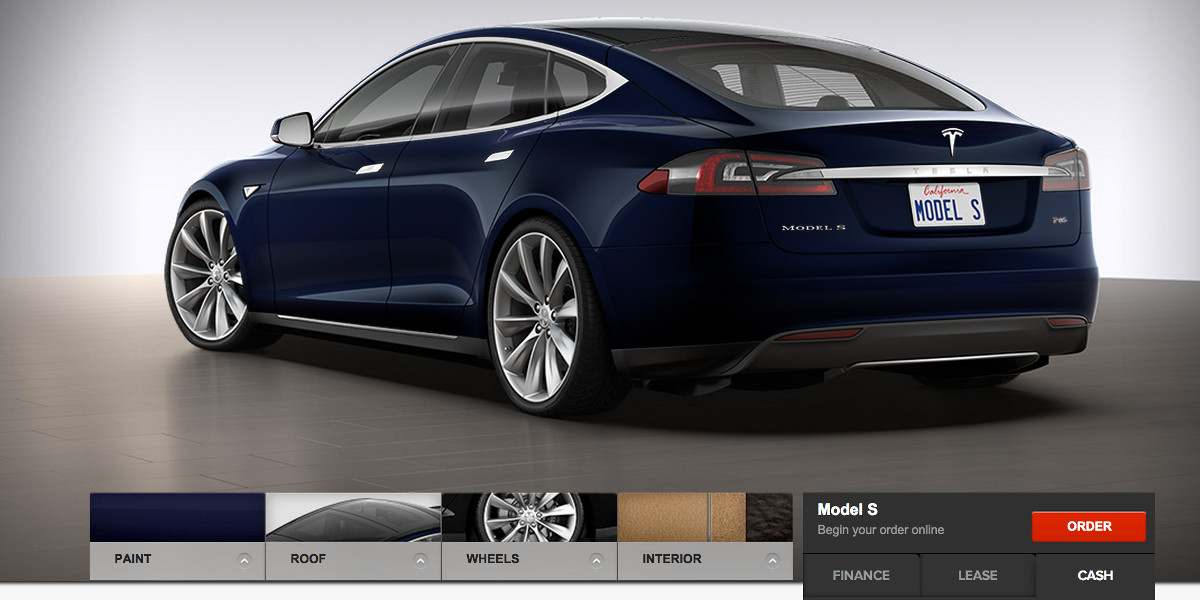 Today I confirmed the order. No sense in delaying anymore. Now the real wait begins.

Part of the enjoyment in buying something outlandishly expensive is having the ability to customize it to your liking. The experience in tailoring the options on a Porsche is a stark contrast to outfitting options on a Model S (which are relatively sparse).

I'm sure many Model S owners have gone through the delightful agony of choosing the right vehicle color combination, type of seating, and whether to opt for the light speed version of the drive system. In other words, we're talking about some serious first-world problems. When I first dreamt of my car (before there was even a realization that I could actually afford one), I was adamant on several things: black paint, tan interior, pano roof, and the 21" wheels. I've always gravitated towards concept cars and this is the closest I'm going to get with a production version.

Now that owning the car is a reality, my thoughts on what options I really consider necessary have evolved. While I love a well-maintained black car, at the same time the dark blue is also irresistible. The larger wheels reduce range practicality a bit (not to mention the accelerated tread wear I've read so much about). It's also the road noise issue that tipped the scale over to the standard-sized 19" rims since one of my notable preferences is a quiet ride.

Then there's the interior color. I initially envisioned the black exterior offset by a tan leather interior, a classic combination I've always wanted. That said, a dark blue/black leather was also a very tempting choice. I've been told there may be some color transfer on tan if I'm wearing jeans, so this has to be factored into potential maintenance needs. Besides, most blue Model S on the road that I've seen had the tan interior.

Initially, I strongly considered the 60 kWh battery which would allow me to almost fully-load the car with options. I rarely make long-distance trips, but on the other hand a car like this might change my driving habits. During one of my visits to a Tesla store, the rep indicated that only twelve percent of owners opted for the smaller battery. I ultimately decided on the 85 kWh battery since that extra range may be convenient when I drive to Vegas (which I do a couple of times a year for technology conferences). Given the need to Supercharge, the cost of the two battery packs comes to an $8000 difference.

Then we come to the seating - textile or leather? I flipped back and forth between the black textile and black leather (non-sport) seats for quite a while. I'm not a fan of suede and therefore Alcantara, so the "premium" seats were off the table. I like how the textile seats have a contrasting look to them. They're also cheaper. However, I've never owned leather seating so this ended up added on the configurator.

Interior trim decor - here's another one which I spent some time on. I'm not a fan of excessively shiny surfaces so the glossy obeche and standard piano black was out. Lacewood was attractive, but something didn't sit right with me. The matte obeche is somewhat attractive, but the vertical grains look odd. Plus there's something about it which reminds me of the '70s. I'm not a huge fan of the carbon fiber look (since it seems too trendy/sporty to my liking), but at least it's a bit subdued with a semi-matte finish.

The easy must-haves: panoramic roof and tech package. Items which I'm certain I won't miss: enhanced interior lighting, extended Nappa leather trim, yacht floor, Subzero Weather package (I almost never have passengers and it's extremely rare that I ever find myself in snow), third-row seating, and the sound system upgrade. Oh yeah, and the performance package. I'm not a road jockey, so gunning it to 60 in minimum time means less to me than many other drivers.

Aside from the Smart Air suspension debate, I ultimately assembled it to: 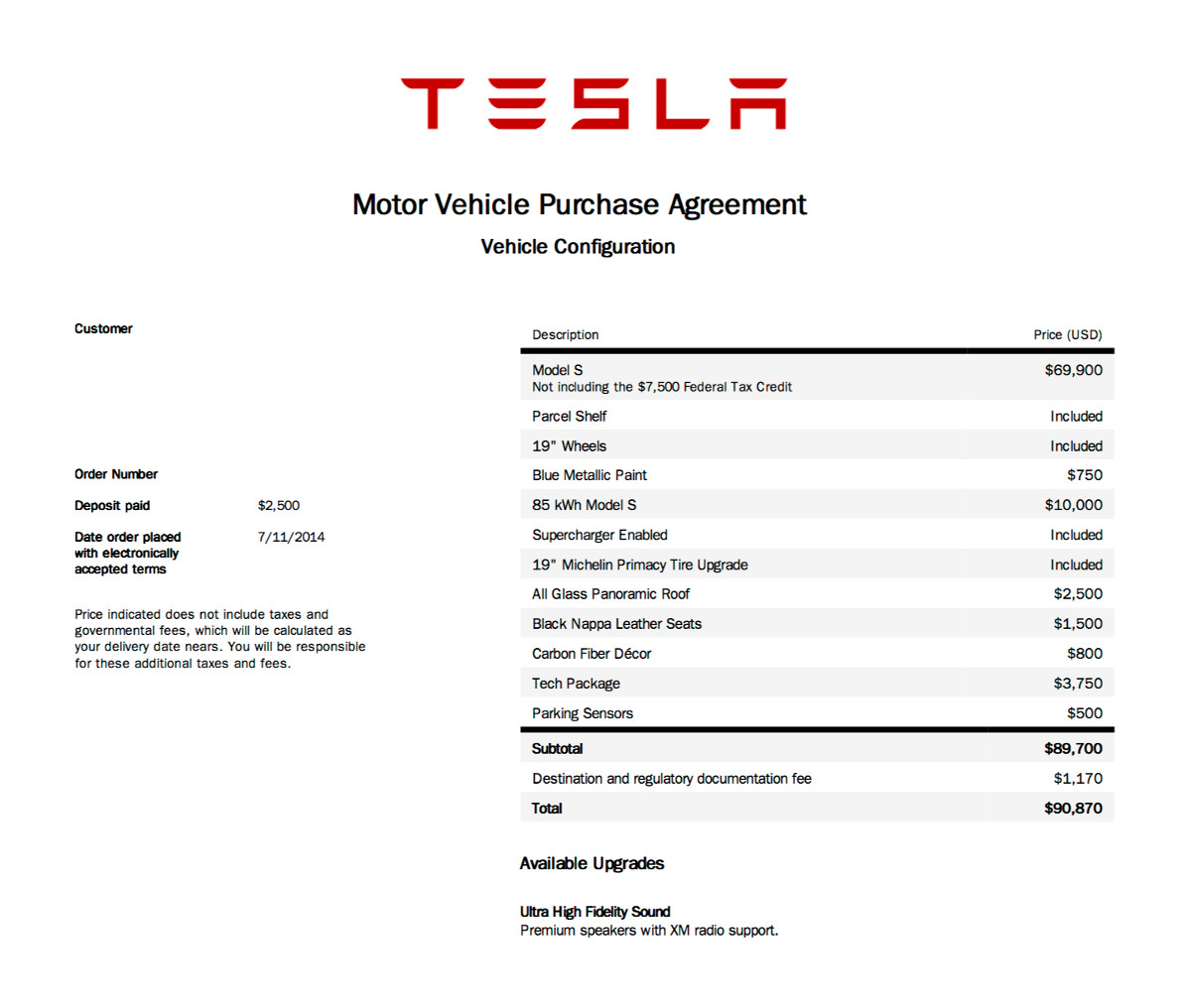 This seems like a car that should last me at least ten to fifteen years, not accounting for any software obsolescence, assuming Tesla's claim of relatively low-maintenance ownership lives up to its promise. While the car may be mechanically simpler than an internal combustion engine, from a software perspective it is significantly more complex. As someone who works in the IT world, this is something that must be especially considered since we're talking about an IoT going 75 mph and beyond.

I'll miss the 21" wheels, but I can always upgrade to them later if my indulgent side gets the better of me.