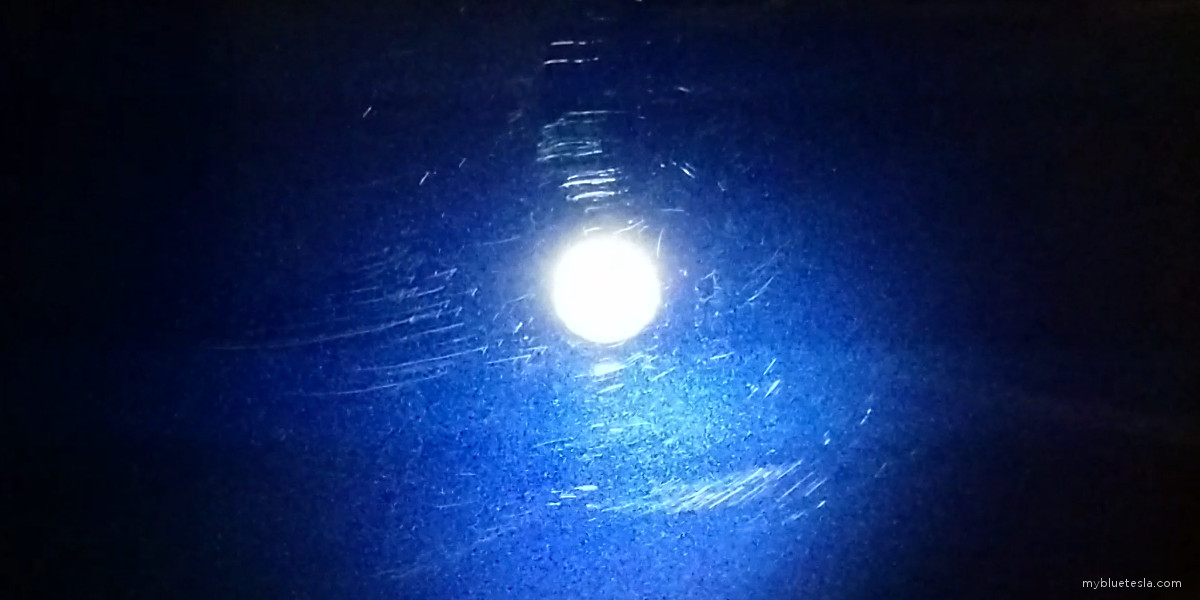 Finally got the car back today around noon. The Service Center gave me the option of having it delivered on a flatbed, have the service manager personally drive it to my office, or for me to pick it up. I'm guessing they're giving me the extra-extended hospitality treatment because my brand-new car died almost right out of the gate. It was literally manufactured only a few weeks prior.

I noticed Monday morning that my car had been moved to the Fremont factory. When I first woke up and opened the Tesla app, I was surprised to see that the vehicle was no longer in Sunnyvale but back at home base. I was told my case had a lot of visibility due to the early failure and since they wanted to continue running diagnostics, they swapped out not just the 12V but also the main 85 kWh battery pack. I wonder if I got a new pack or a refurbished one.

In any case, no root cause explanation yet and may not be forthcoming since it might involve Tesla trade secrets. At this point, I just want to get my car back. The loaner's nice, but there's no substitute for driving your own. Mine has the pano roof, after all. That certainly makes the interior feel more vast.

When I left the car in their hands, it had 173 miles on the odometer. When I got it back, it read 180. The folks at the factory (as well the Service Center) had to test drive it so a few new miles are expected.

One silver lining from this: the car overall is about 180 miles older than the new 85 kWh battery pack.

However, I saw issues with the paint clear coat. There was definitely swirling on some panels and several areas with finger smudges, likely by the folks inspecting the car and replacing the batteries. Thankfully, they didn't wash the car or I'd be lodging some serious complaints, but the paint problems were there and I noted them with the delivery driver who took a couple of pictures with his camera. I also took some video footage with my own camera.

It was literally only a few days ago when Auto Concierge completed the new-car-prep / paint correction work which I inspected with a Streamlight 88040 ProTAC. To have it ruined in such a short period of time is rather disappointing, especially considering the expense and the extra diligence I went through to preserve the finish.

Whenever paint correction is done, some amount of clear coat is shaved away to remove surface blemishes such as swirls and deeper scratches, and this isn't something that should be done often, otherwise the clear becomes too thin and leads to eventual failure with cracks showing up. The only way to fix that would be to re-spray panels, and that's the one thing that I'd want to avoid at all costs. Third-party re-sprays aren't good as factory jobs, even expensive ones. Paintwork these days also need to comply with VOC restrictions and I understand this results in thinner clear coats than ever, making margins for error even smaller when attempting any sort of paint correction. I've read Tesla paint ranges between 70 - 100 microns, so there's less room for forgiveness.

The good news is that the front part of the car (up to the side mirrors) have paint protection film applied. Those areas aren't affected by this ordeal at all. Any swirls there would heal themselves out via the heat from the sun.