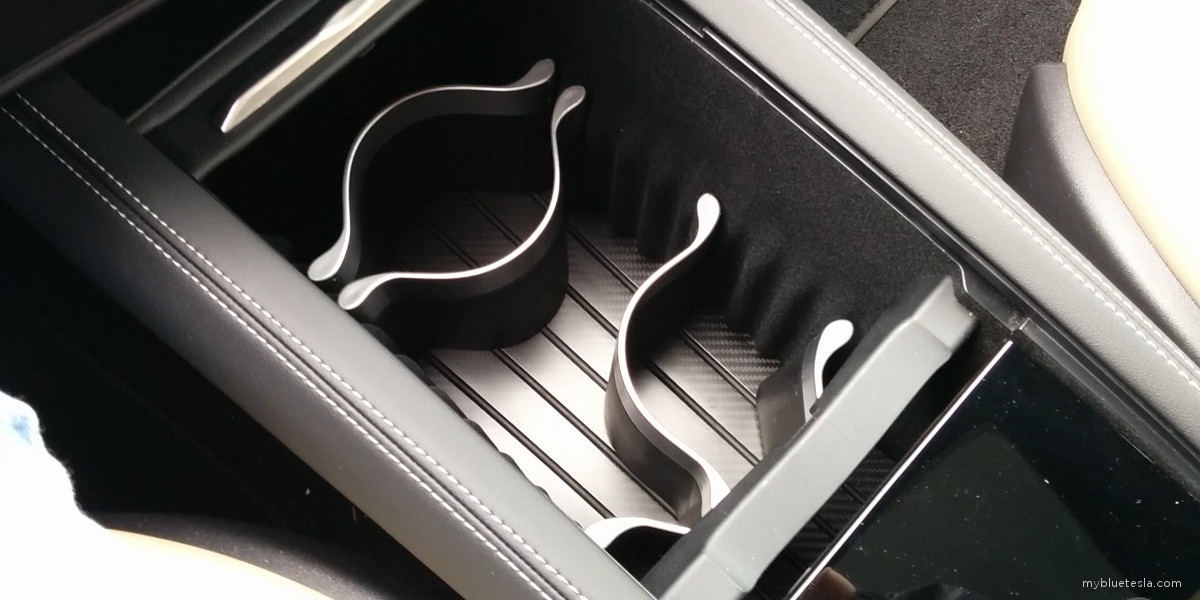 Back in January, Tesla contacted me about an alert regarding the braking system and scheduled an appointment. Today I dropped off the car at the Fremont Service Center and got an S85 loaner. It sported 21" Turbines which gave me the chance to see what the driving feel would be like on the Continentals. 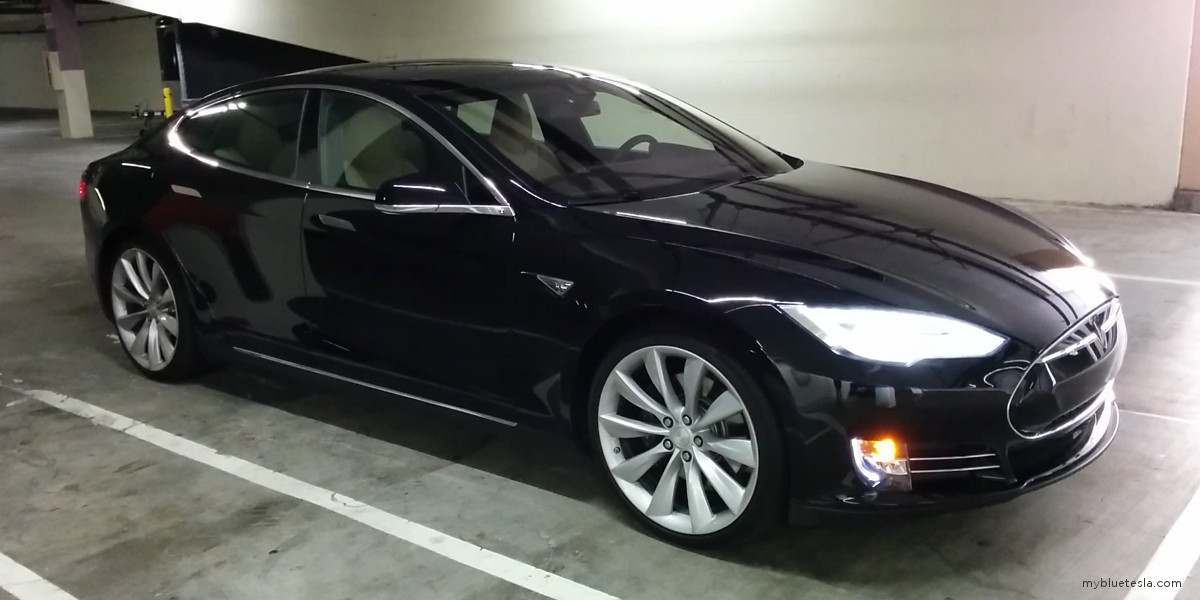 This Model S was also equipped with the coveted Premium Center Console, an item that everyone's asking about and apparently hard-to-get. In addition, the loaner's interior decor was Carbon Fiber but the console had a push panel meant to match the Piano Black interiors. It was nice to finally see one in person, although I've never really considered getting one of these. It's a nice-looking item, but I personally prefer to have the empty space where this console is supposed to go.

The bottom of the console is open so your yacht floor (or carpet if you didn't opt for this interior option) shows through when you open the top. Inside you have four half-circle arc pieces which you can adjust in various ways to not only hold unnecessarily-trendy glasses of bottled water but also use them as dividers to organize the compartment.

Pushing down on the rear gloss panel pops it up at an angle to allow access to the USB ports and cigarette lighter.

I didn't really fiddle much with this console, and I quite frankly think it's way overpriced at $600. But it is a Tesla brand item and designed to stylistically match the interior finishings of a Model S perfectly (assuming you got the Piano Black option). I've seen pictures of third-party consoles as well but I really am not impressed by them as much as they don't really look factory-ish to me. Probably a slightly better value though and they seem to have more options to match your interior if you went with the Obeche, Lacewood, or Carbon Fiber decors instead.

The invoice for the brake work performed, a reference to an occasional message about vehicle coolant being low, as well as the courtesy inspection: