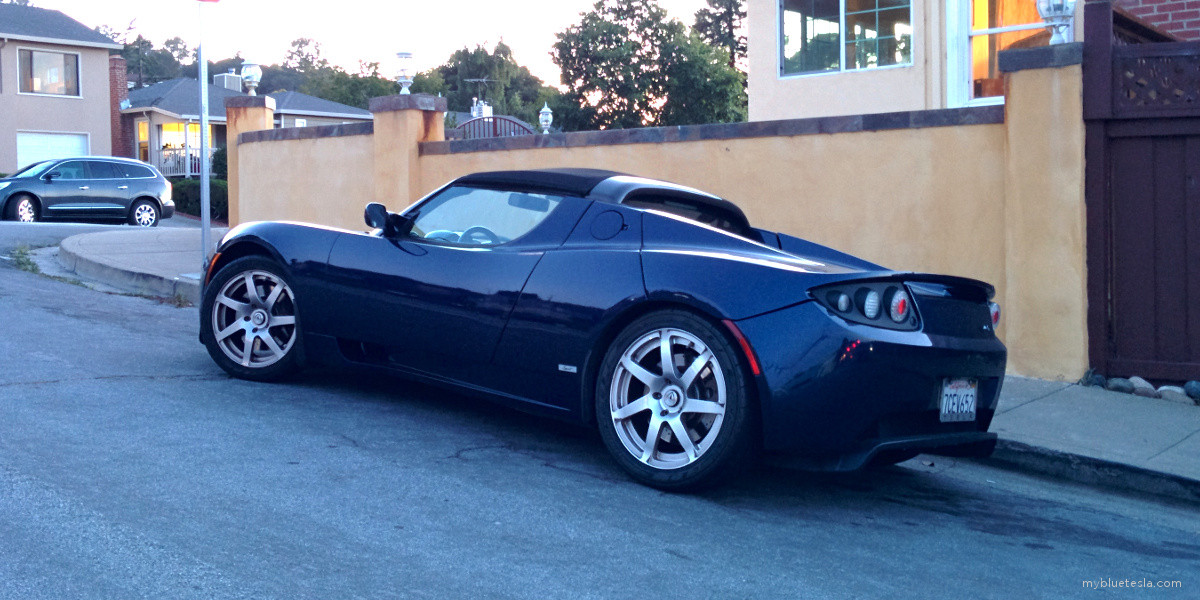 I didn't expect to be driving so much after buying a Model S. In about 9 months I've covered over 18,117 miles so I figured I'll do the first annual maintenance early given I'm way past the recommended 12,500 mile range. While I'm at it, I'll have a door handle issue looked at that just recently came about. I've read about issues with these self-presenting handles on the forums and I've counted my blessings as I've never had this problem. That lucky streak has come to an end.

To be fair, it's only the passenger side rear door handle that stopped presenting when approaching the vehicle. It also happens to be the door that I almost never open or use, so this ends up being a minor inconvenience. However, because this handle now doesn't work means that I'm going to need it very soon. Somehow life always works itself out that way.

So I showed up to my scheduled appointment at the Fremont factory Service Center and while my car was being worked on, they offered me a Tesla loaner. I was expecting the usual Model S loaner, but it turns out they had a Roadster Sport available. Oh, this'll be interesting.

Bear in mind I really knew nothing about the Roadster. Except it's electric. And it's smaller than a Model S. And it was Tesla's first car. I've never driven something like this before.

I learned that the Roadster is not like a Model S. Sure, they both have electric motors, but the Roadster is much more of a raw driving experience with a tiny frame that makes you wonder if crashing into the Prius next to you comes with some assurance that you'll make it out alive. It picks up speed obviously faster than my Model S and you can hear the drivetrain turn up the volume like a jet engine prepping for flight. The sound isn't very isolated. There's also no power steering and the Service Center rep wasn't kidding when he mentioned "go-kart." The tiny steering wheel makes sense now. This is not about refined driving. And here I was thinking I'd be getting Tesla's version of a Porsche 991 Carrera. Silly me.

And this loaner was quite ... well used. It has seen better days and the interior was sort of dingy. I think I see the appeal of the Roadster, but I don't think I would've bought one myself. It's a fun pocket rocket though and you can fit this thing anywhere.

On the second day, I decided to check in on the Service Center to see if my car was ready. Unfortunately, it wasn't, but I was able to trade the Roadster for a Model S P85 loaner in the same color as mine. The Roadster was fun, but I needed something a bit less jarring. 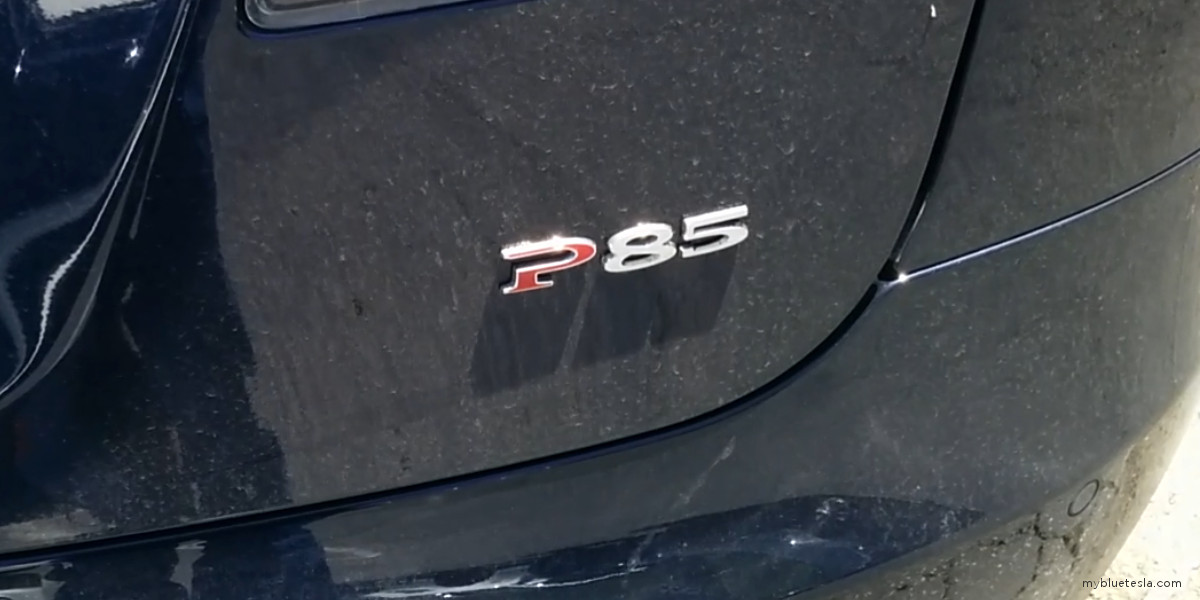 Yes, this P85 does feel quicker than my non-P Model S. No, I didn't break any speed limits ... if memory serves.

Here's the final invoice. There wasn't much for this annual check-up, and many owners seem to prefer skipping it for this reason. Since I had already paid for the first four maintenance services via the prepaid service plan, there was no additional cost at this time. 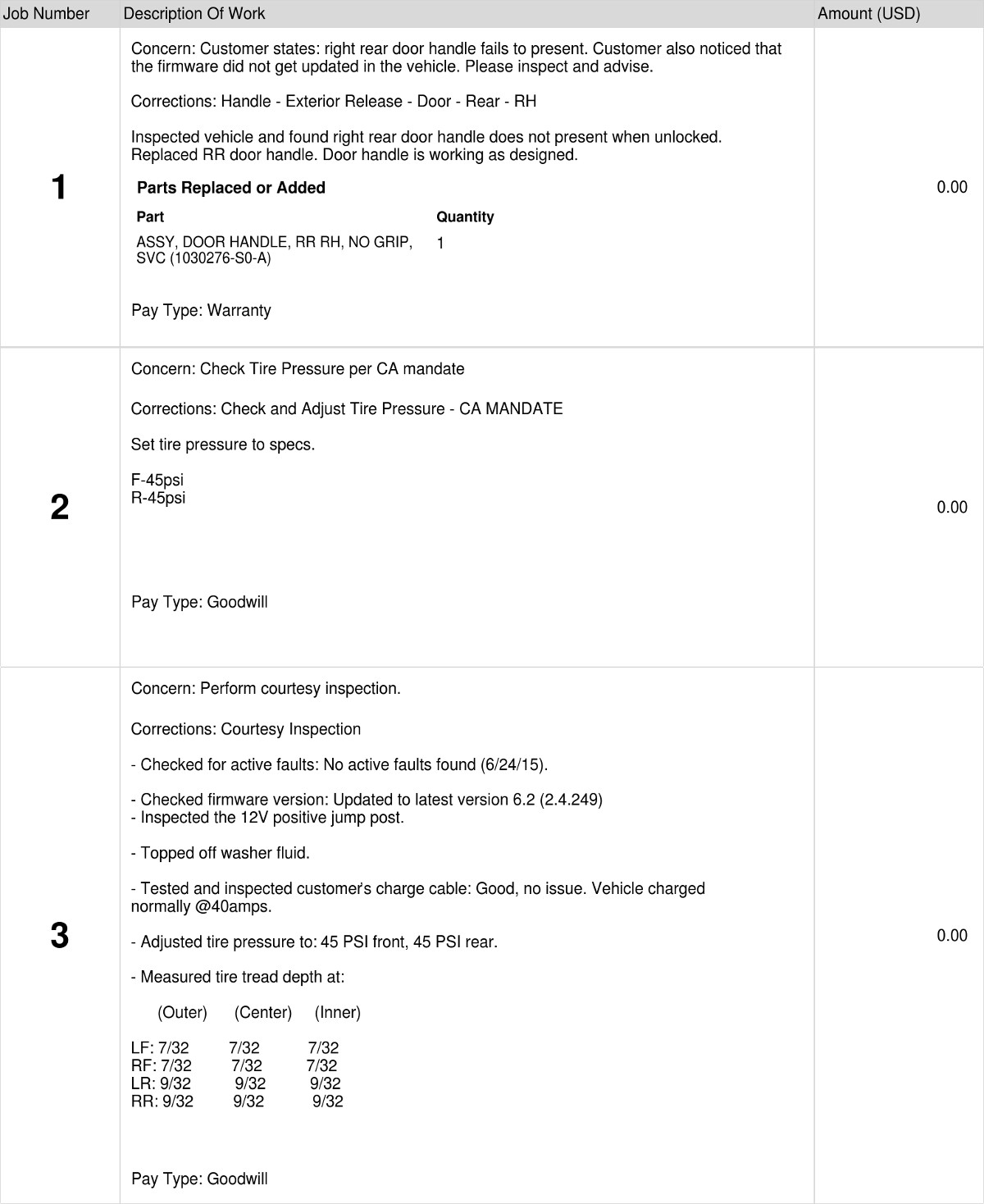