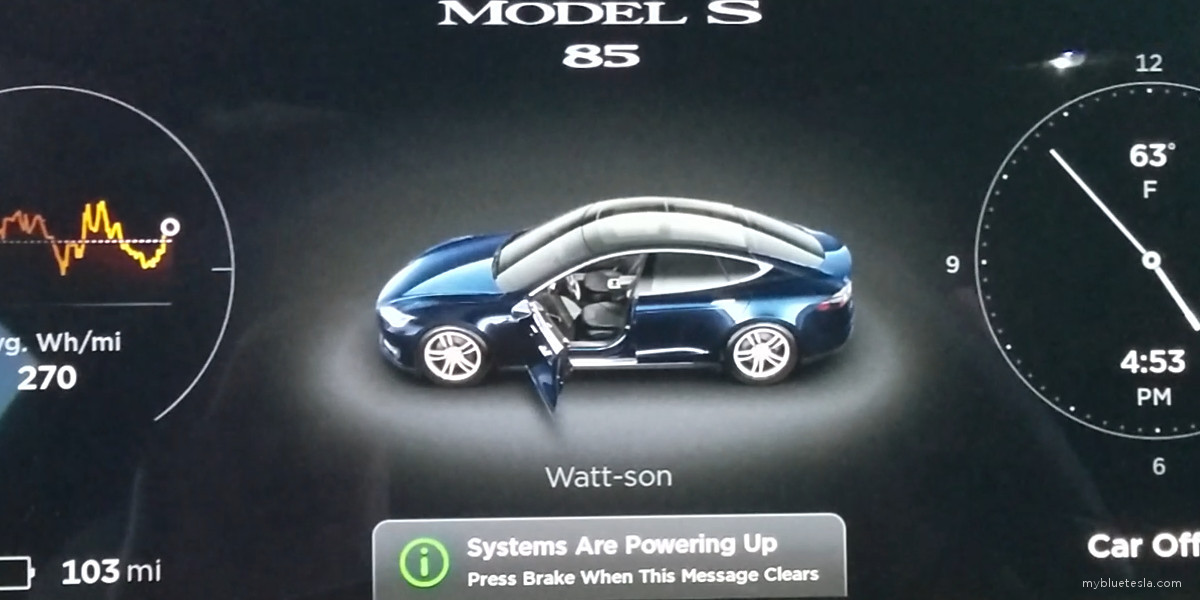 One evening after stopping by a local car wash bay, the Slacker Radio stream was occasionally stuttering, more so than it had in the past when it happens. I decided to reboot the center screen while in motion on the freeway. As expected, the screen blanked out, the music stopped, and I waited for the Tesla logo on the brushed aluminum wallpaper to reappear.

Only this time it didn't. It stayed blank. Not even a hint of dim backlight to indicate power.

A small panic set in as I was halfway home. In the back of my mind I expected a warning message to flash in the instrument cluster about an imminent shutdown and I'd have to pull the car over to the shoulder and call Roadside Assistance. Thankfully, none of that happened and I uneventfully made it home. I hoped charging the car battery would somehow resuscitate the center touchscreen back from the dead.

In the morning I unplugged the charging cable and started the car, but pressing the brake pedal didn't bring the touchscreen to life. In the instrument cluster a message displayed: Systems are powering up. This went on for half a minute until the braking finally woke the car from its slumber and I could finally get the car into Drive. 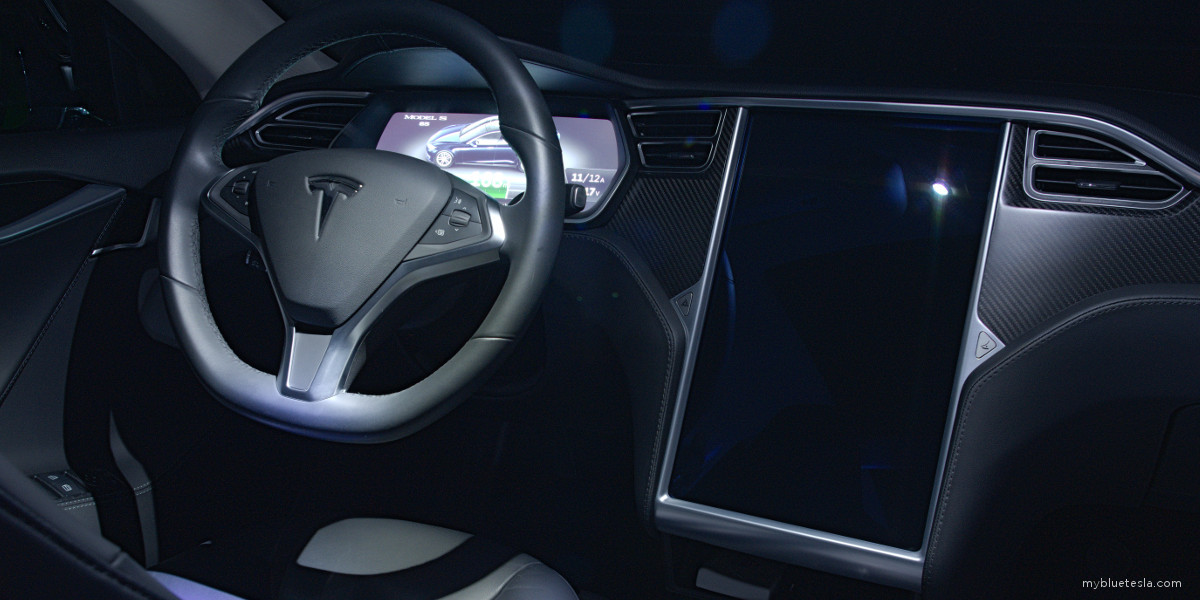 So it seems that while the car's basic functions were unimpeded, anything managed by the main screen would not operate. This meant no HVAC, seat heating, rear window defrosting, sunroof, voice commands would not bring up navigation or music, Bluetooth pairing with my phone didn't work, parking sensors weren't available, mirrors didn't fold, etc.. I could drive from point A to B, but the convenience features weren't available. At least charging (whether at home or via a Supercharger) worked. The respective control access via the steering wheel or smartphone app was also limited. The clock was also off by 40 minutes which is a considerable drift considering it's been only a few days since this started happening. When NTP isn't working, I get especially irked.

It's a rather uncomfortable thought driving a car knowing that a core component of the vehicle isn't there for you.

Driving in the winter without heating is not exactly pleasant. Of course, the San Francisco Bay Area's definition of "winter cold" isn't quite the same as the rest of the world's since it rarely reaches below freezing here. Bay Area residents scream bloody murder when there's frost on the lawn or if the temperature climbs above 90° F. We apparently tolerate earthquakes better than minor thermal changes in the atmosphere.

Apologies in advance for the Star Trek TNG reference, but I can't help myself:

I gave Tesla Roadside Assistance a call to pull log data and hopefully gain insight on the problem. However, I never got a callback from anyone. My suspicion that this must be hardware failure was growing stronger by the minute.

I finally pinged the local Service Center at the Fremont factory. They were nice to accommodate me quickly into their schedule for diagnostics. I was initially worried given stories of scheduling and service backlogs at Bay Area Service Centers that it would take me a month to get my issue looked at. I'd guess that my problem fit a category of high enough severity and thus they have ways to fit me in under these circumstances.

It turned out that it was indeed some sort of hardware failure and the entire screen unit had to be swapped. I'm glad this issue happened to me while under warranty because I could only imagine how expensive of a part (plus labor) this would come out to. I'm not exactly a customer with deep pockets.

While the touchscreen (referred to as an "MCU" - Media Control Unit) was being replaced, the Service Center offered me a discount to upgrade the 3G chip to the 4G version that had recently been made available since the dash panels were already removed. At $425, I figured why not. The 3G connection has generally been sufficient so far, but in the future I can imagine increased data requirements as Tesla expands the software feature set (resulting in heavier logging with continuous, over-the-air telemetry and other needs). For this perceived reason, I decided to future-proof a bit against connection bottlenecks and went for the upgrade.

I've read in the Tesla forums that the cost of the MCU might theoretically come down eventually, but as a long-term owner it's concerning that an out-of-warranty failure of such a central piece of the vehicle would constitute a rather sizable out-of-pocket amount given that this is such a specialized part. It's not exactly something one can pick up at an AutoZone. Then again, I knew this going into my Model S purchase since it's cutting-edge transportation so it's part of the risk.

As for the 4G upgrade, so far I haven't noticed a dramatic change in connectivity speeds but I'm also not a heavy user of streaming radio nor frequently use navigation. I virtually never use the (slow) web browser. At least I get the "LTE" reference in the touchscreen now so it looks less dated. 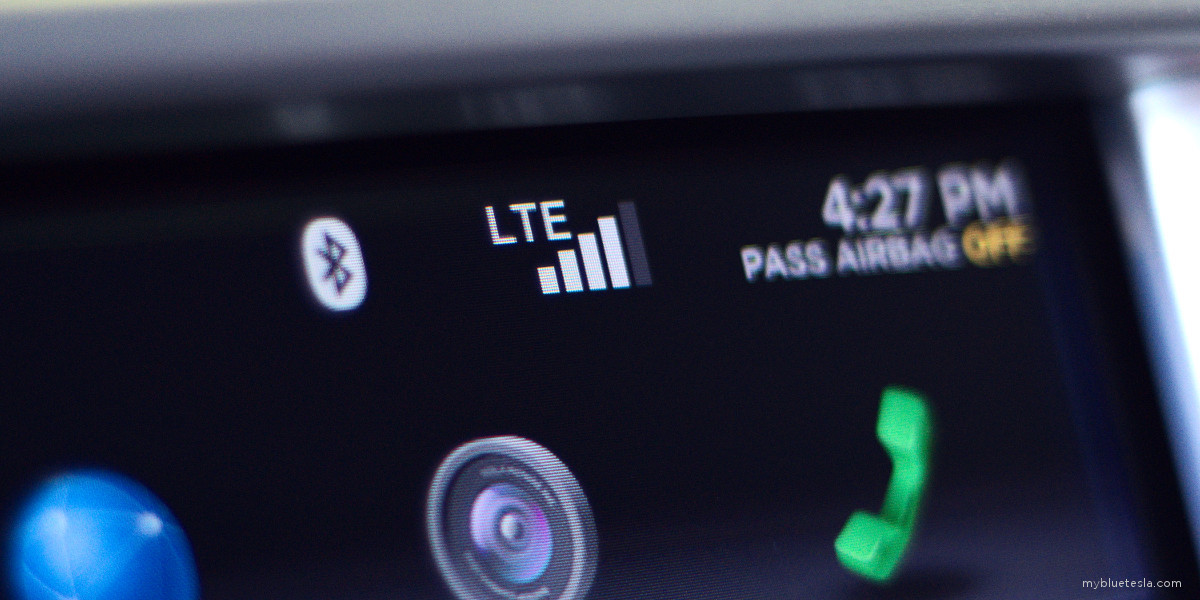 I'm just glad I get to turn the heater back on.

Note: the MCU was replaced at 29,292 miles. The Service Center upgraded the software to 7.0 (2.7.77). Most of my settings between the MCU swap were preserved except for my smartphone's Bluetooth pairing.

In any case, while my car was getting serviced I was provided an Enterprise rental since no Model S loaners were available. I had a choice between a Prius, an Avalon, or a Challenger. Normal people would automatically go for the Challenger, but I was curious about the Prius because the San Francisco Bay Area has tons of them rocketing down the freeway and I've never driven one ... so I decided to try it out.

Big mistake. I will now declare that I hate this Toyota. I can rant on about it, but I'll just say this: never again. I'm sure I'd be more happy in a Camry. Better yet, I'd rather drive my old VW where the stick shift will at least keep me entertained.