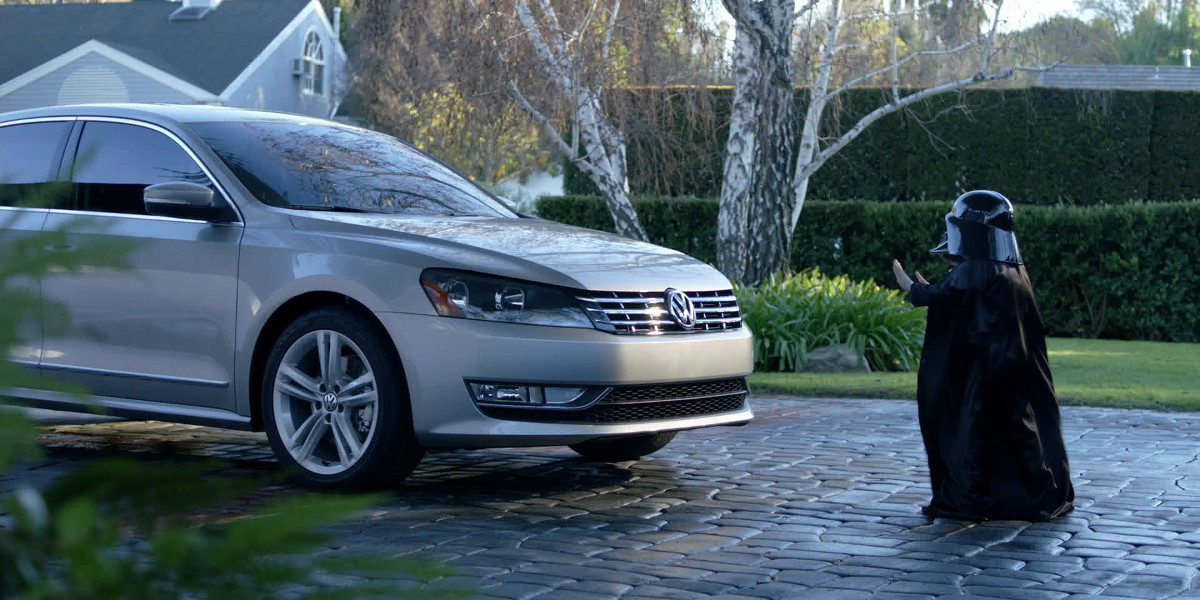 The new-feature gravy train keeps rolling in. Software version 7.1 (2.9.154) came in today. The most interesting one for me is Summons which allows the car to find its way into and out of the garage by using the key fob. Just in case you can't be bothered to accomplish this maneuver while sitting in the car. First World problems. 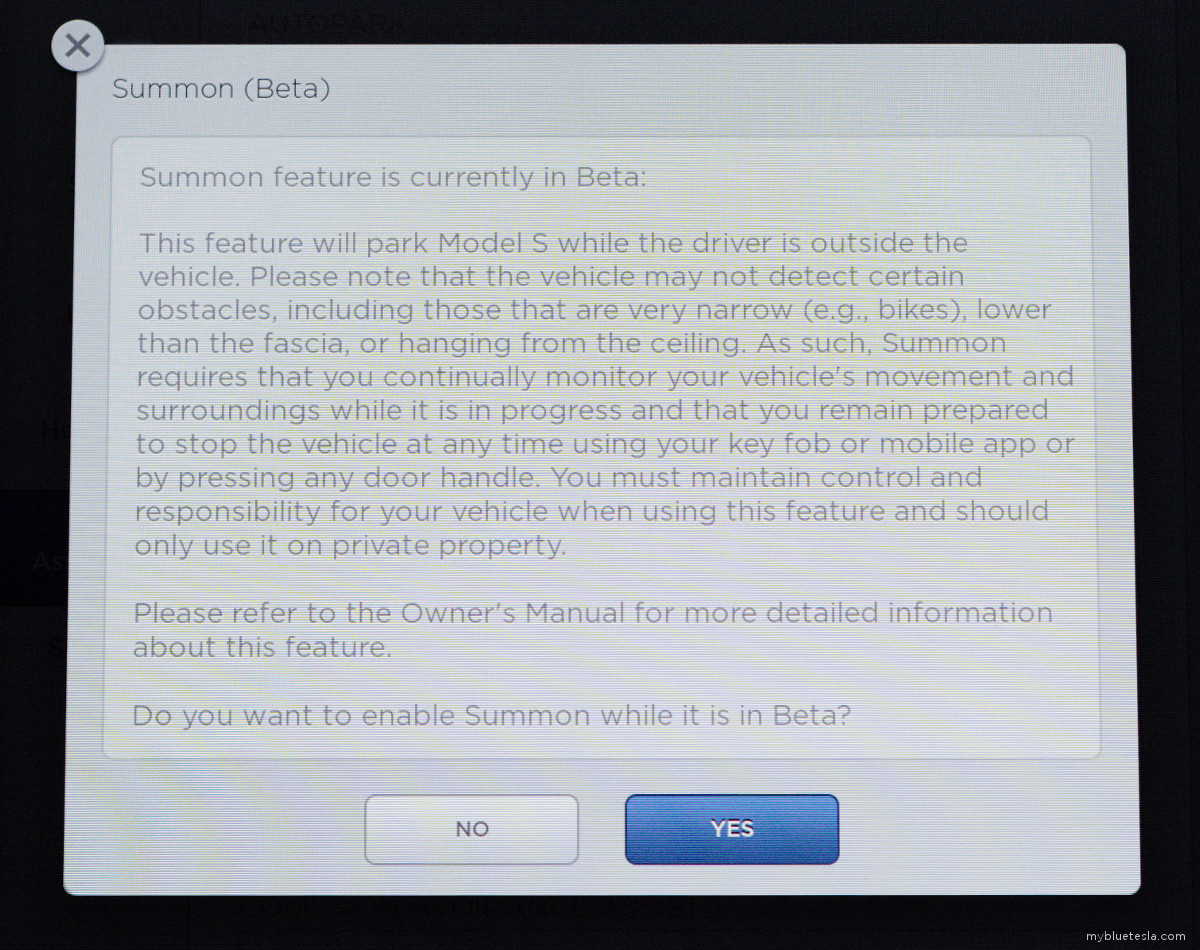 Just like Autosteer, the feature is in beta ... you know, as in "the owners, not Tesla, are responsible for any damages caused by the use of Summons because the human is the one who should be in ultimate final control of said vehicle." In other words, Summons is still in QA, but let the easily-impressed guinea pig fanboy owners do that job because in order to achieve first-to-market industry foothold and gain traction on-

So on my first attempt, the car started right outside my garage door. I was about 5 feet away and ran through the basic key fob sequence. The brakes unlocked, the car moved a foot forward, the garage door rolled up, it thought the situation over for a moment... and then applied the brakes again.

On the second attempt, the car slowly moved inside. Bear in mind that my garage is rather narrow, only accommodates a single vehicle, and there's stuff on the sides. I had set Summon to allow for a smaller distance margin from other objects than the factory default, so I was playing with fire. YOLO.

But it worked. It brought itself inside just far enough and then closed the garage door. I was worried that the car wouldn't clear the garage door threshold causing a grand finale where the door came crashing down on the trunk. Thankfully, this didn't happen.

I also reversed the car out of the garage. Again this worked as expected.

This in-and-out doesn't exactly happen fast. A human being would be much swifter at this. As the technology evolves, I'm sure Summons will inevitably be more useful. As of today, and considering that this feature is pretty much limited to private property, I don't see myself using this until there's a lot more to it. 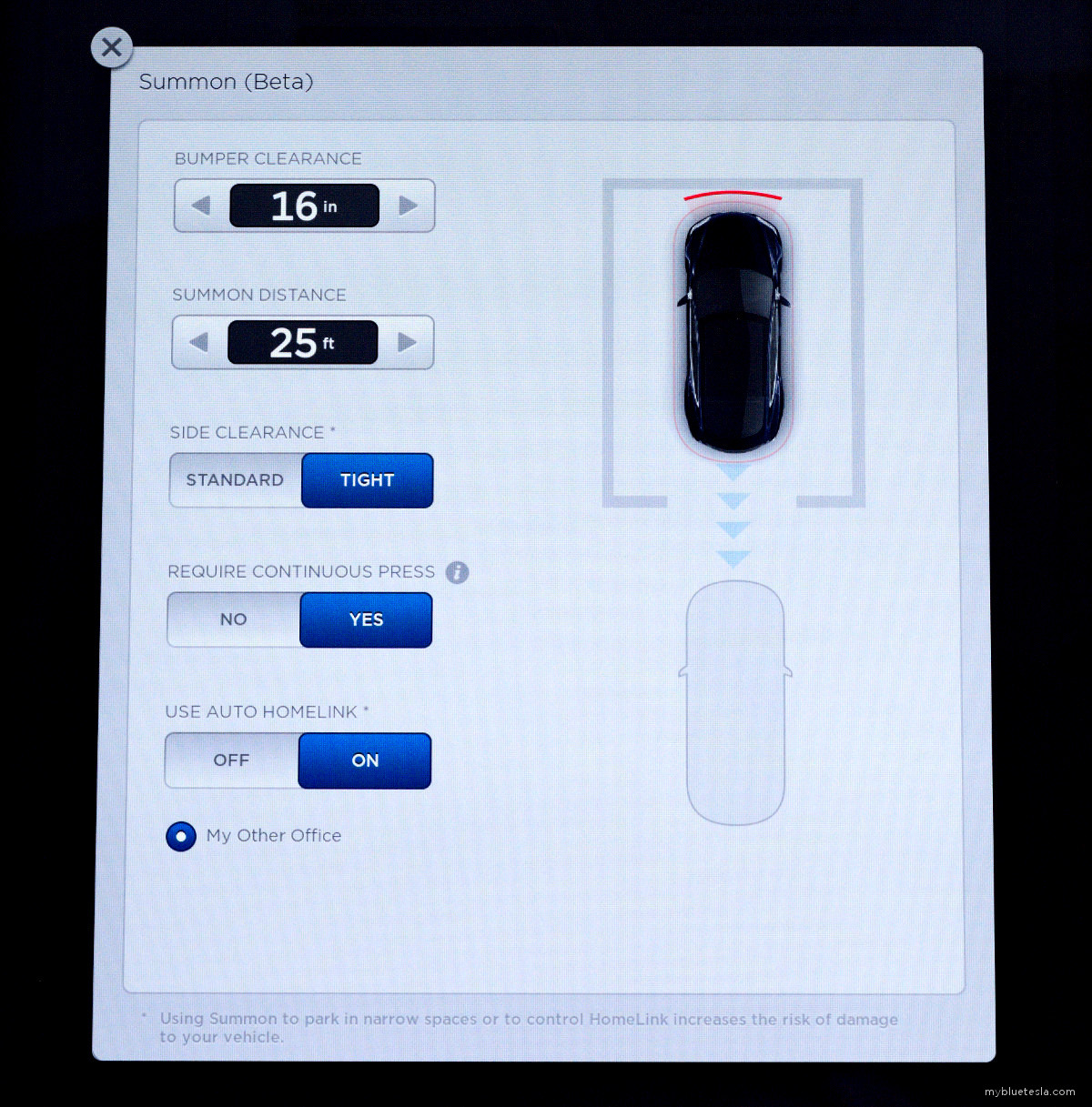 I also tried out the Perpendicular Autopark. Again, in boring Tesla fashion, it worked fine without drama. I was still a bit unnerved watching the computer back into the spot while observing in the rear camera how close I was to hitting one of the other cars. As someone who works with IT systems, I'm well aware of how complex systems fail. In this case, failure means a call to the insurance company. I'd like the avoid that at all costs.