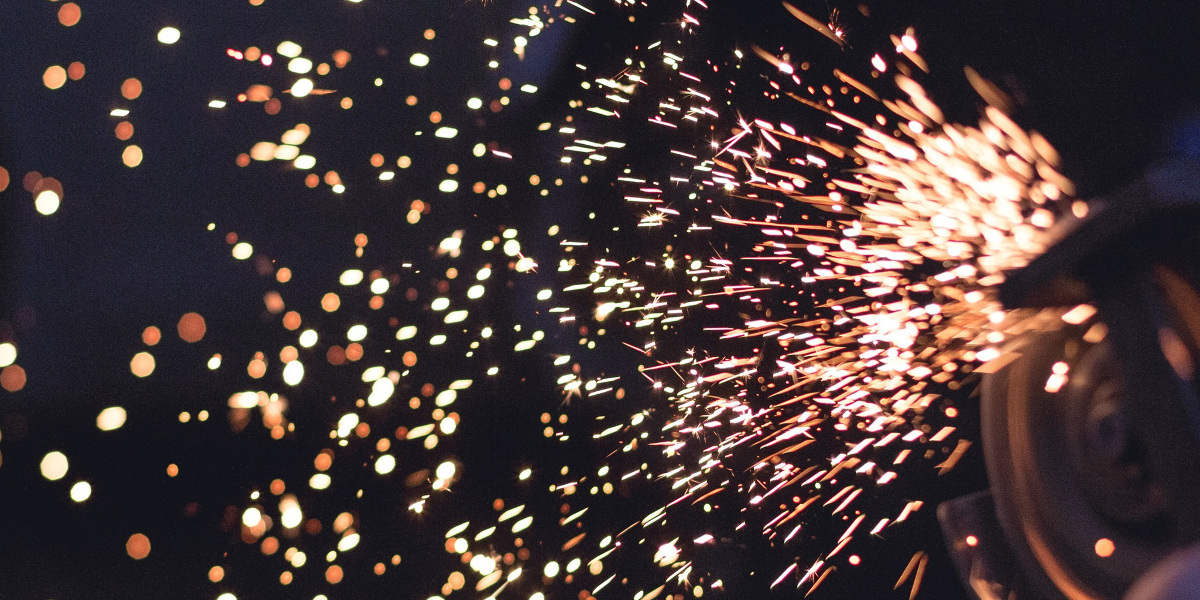 Note: this is a cool picture of a mitre saw, not a Model S electric motor. It just illustrates what I felt when hearing the milling sound from the rear.

Electric motors are extremely simple in design compared to internal combustion engines which seem like primitive Rube Golberg contraptions, relatively speaking. This is one the principal arguments for electric cars when debating ICE vs. EV.

I bought into that. It totally makes sense. Less wear parts, less maintenance, and in theory longer life. Could I be driving the Model S for the rest of my days?

Reality doesn't always match up with theory, of course, and the Model S drive system is more than just an electric motor and four wheels. There's a large battery, electrical systems which tie it with the drivetrain, etc.. The drive unit is essentially the "engine" of an EV and with the way Tesla has wrapped the package together you have a very smooth and powerful delivery mechanism which makes for a very compelling experience.

That experience hasn't been quite so pristine, however. A number of owners have experienced a "clunking" noise which has led to some drive unit replacements. Another common issue has been a "milling" noise which increasingly becomes worse over time. Mine was one of those units.

Approximately 20 - 25,000 miles into ownership, I started noticing what sounded like a high-pitched electrical "buzz" (like a table saw milling into a block of wood) between 10 to 40 kW of energy output. It was rather faint at first, but over time this sound became more prominent and over a greater energy output range. After a while it happened any time the accelerator pedal was depressed and immediately went away during regen.

I did a test recording within a parking garage and it seemed pretty noticeable from the outside, based on the acoustic reflections within the environment:

The overall performance of the car wasn't affected. The sound was just becoming irritating and as it was apparently quite audible from outside the vehicle, could be just as annoying to bystanders as well.

There were reports that some owners got their drive units swapped by Tesla Service with earlier ongoing revisions only for the problem to re-appear some time later.

During my second annual maintenance I decided to have this looked into. The Service Center confirmed the noise and decided on a replacement. I received a refurbished drive unit (a "Q" revision which I believe is the latest at the time of this writing) and so far the consensus in the Tesla owner community seems that this is the version that fixes this milling sound issue. No further reports of issues yet so far. It's great to have a relatively quiet drive experience once again. The milling noise was starting to get annoying, enough to cause me to shy away from or at least minimize accelerating on surface streets when possible. That would ultimately detract from the driving experience.

There has been some discussion on the Tesla Motors Club forums that the root cause could be related to the bearings within the drive units, although Tesla has not officially disclosed the reason. Replacing a drive unit apparently takes a few hours by the Service Center staff so it's not exactly a hugely complex endeavor.

Here are several forum threads on the subject of drive unit problems:

Read into it what you will. The upside is that Tesla stands behind their drive units for 8 years and unlimited miles within that period. In the longer term, I'd have no idea what a replacement drive unit would cost out of warranty but I wouldn't be surprised at a $10k figure or more.

That said, swapping an internal combustion engine is also pretty expensive and time-consuming. Diagnosing funny sounds could soak up hours of a mechanic's time as well. From a logistics standpoint as a customer, I'm glad this issue is relatively trivial to deal with.

Overall I still prop this example up as an advantage of going electric vs. running with an internal combustion engine given the number of major moving parts involved. A simpler design likely leads to quicker diagnosis and resolution.