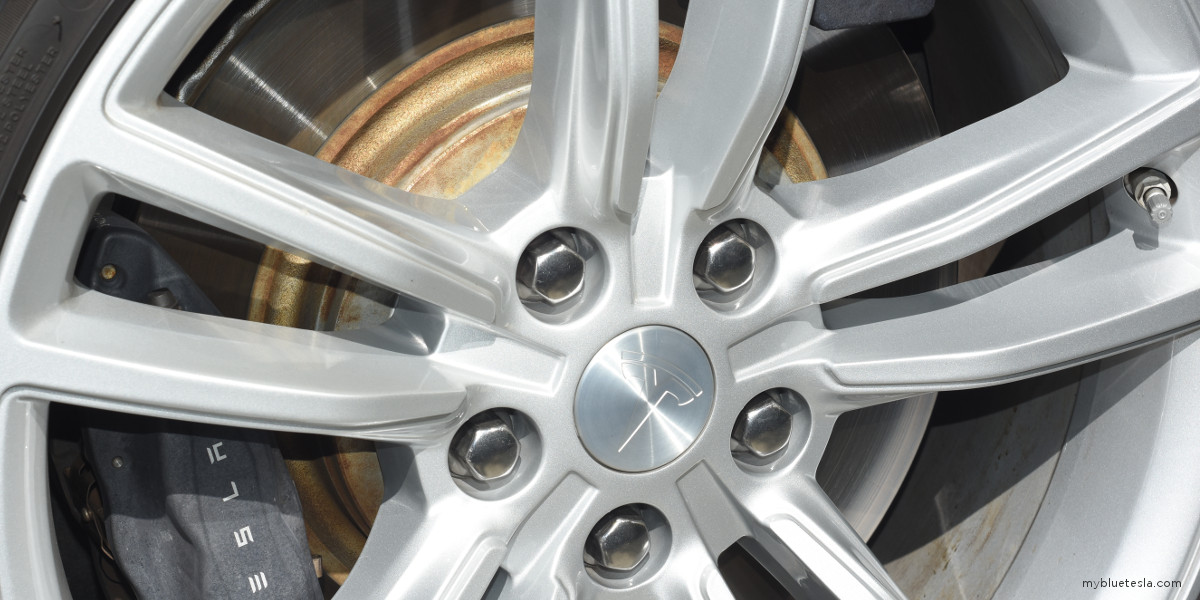 It's almost Independence Day in the States, so as any American should do with his American-made car sitting on his American driveway, I decided to do some cleaning. One of the areas that have degraded over time are the rotor hats which commonly corrode after a while. A rather unsightly appearance as you can see on my passenger-side rear wheel above.

When I asked my detailer about this several months ago, he recommended a product known as FerreX. Since I'm back to using the Optimum maintenance routine, I decided to swallow more Kool-Aid.

Like other automotive detailing products on the market which turns a red-purplish color upon contact with ferrous oxides, it doesn't smell good during use. I would be mindful about how strong the wind is blowing (and in what direction) when applying. It smells slightly more tolerable than CarPro's Iron X, but not that much better. Maybe on-par with Sonax Full Effect.

I'm under the impression that FerreX won't affect Opti-Coat. While products like these are sprayed directly onto paint surfaces as part of decontamination during the semi-annual detailing, I've also been told that it's probably not a good idea to spray it onto paint film. So if you have XPEL, SunTek, 3M, etc. on your car, I suggest being mindful where the FerreX mist lands.

Below you can see the purple streaks on the driver's side rear wheel area as the "bleeding" takes place. Spray on lightly, let it sit for about 2 - 3 minutes, and then rinse off. I didn't agitate with a brush, although that probably would've helped things be a bit more effective. 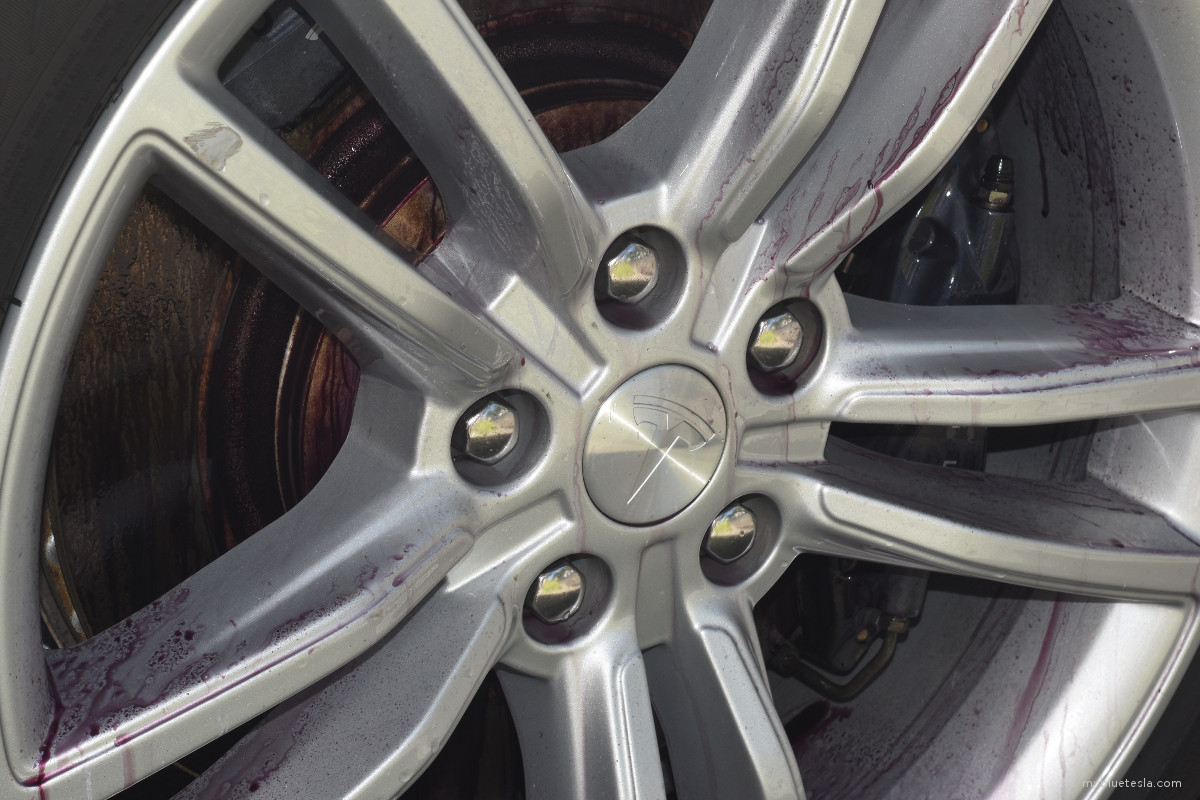 In my case it took me at least 7 - 8 passes for each wheel, each time patiently waiting a few minutes, then rinsing off, and then spraying again. As a former detailing enthusiast, I find this to be a form of passive entertainment while the cleansing process takes place. It certainly isn't something where you would spray once and all rust immediately dissolves away in a few minutes.

After some sustained effort, the rotor hat was looking much better. Not factory brand-new, of course, but much better than before. In all the fun of watching ferrous oxide dissolve into purple waste, I ended up using one entire bottle of FerreX. This is not a cheap product, but I may have to get more eventually. Buying by the gallon is certainly the way to save money, but unless you actually clean cars for a living it's likely not worth it. 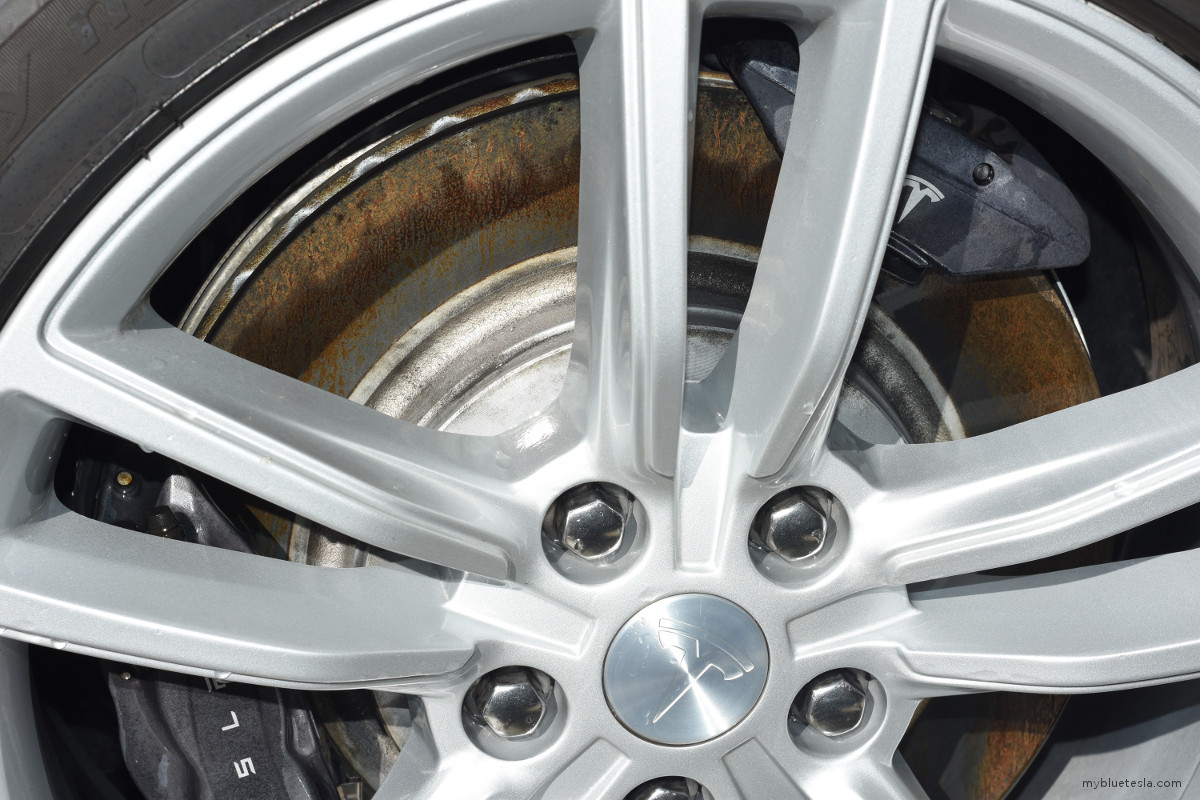 Here's the final shot after a basic ONR wash using wheel woolies and a boar's hair brush. I went for a quick drive around the block to take out the rust on the rotors by braking lightly. 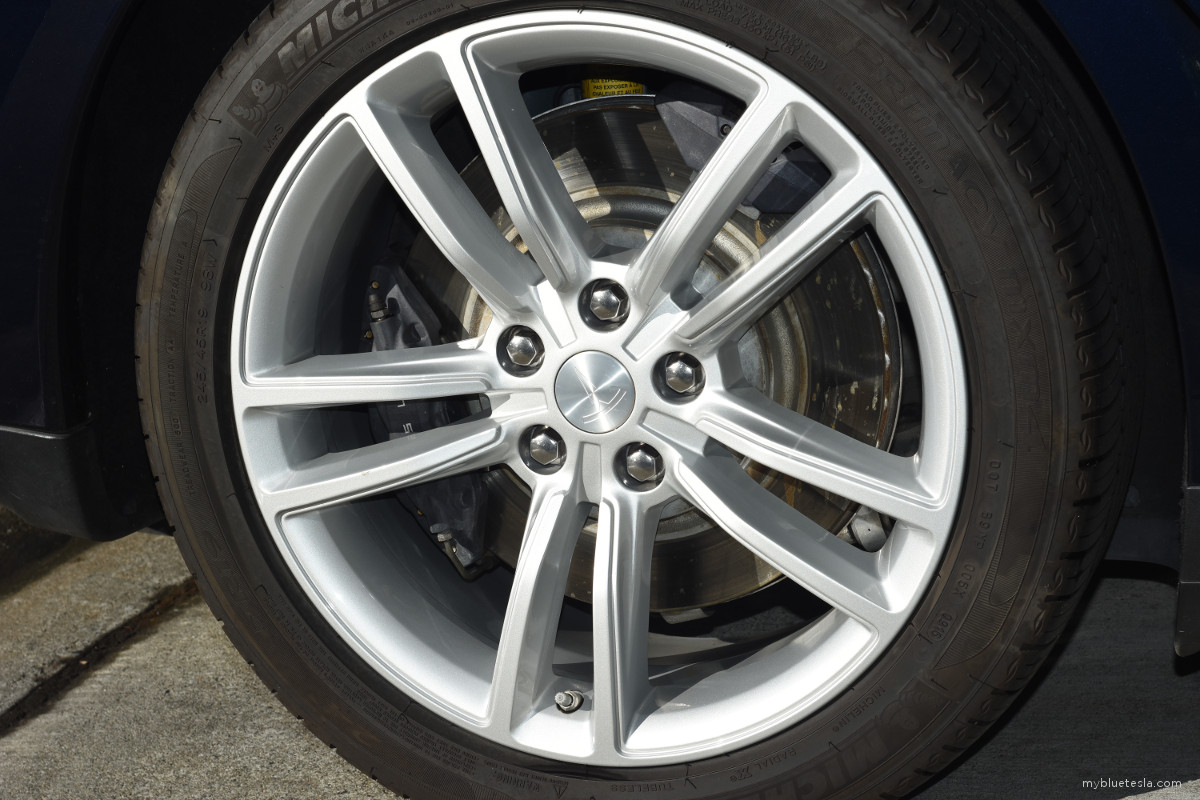 Likely with some more focused effort I could get it cleaned it up even further. No matter of many times I sprayed FerreX onto the rotor hats, things kept turning purple. So for now, this will do. If I had the luxury of removing the wheels myself I'd likely go with the Wurth SBS Brake Treatment solution mentioned in this old TMC thead: