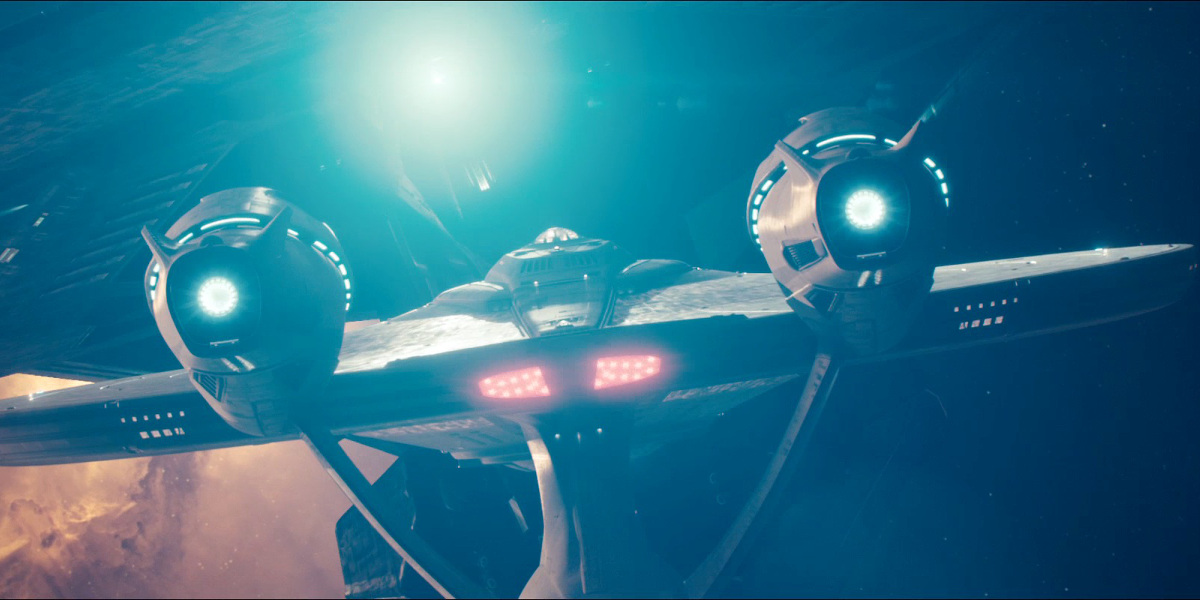 When I first spec'd out my Model S, one option I left unchecked was Premium Interior Lighting which was a $1000 line item. I just didn't see the value (especially at that price) for a few additional ambient lighting enhancements. Fast forward to today, this option is built into the base model. Tesla has modified their options-packaging quite a bit over the years.

But a cheap way to somewhat bridge that gap is to go aftermarket with the Abstract Ocean Ultra-Bright LED Interior Light upgrade. This is an easy DIY to really brighten up various lighting points around the inside of the car considering that the factory-installed LEDs are relatively dim. For less than $200, you get a set of LEDs that are identical-looking to stock (except for the obvious difference in brightness) and takes little time to install. 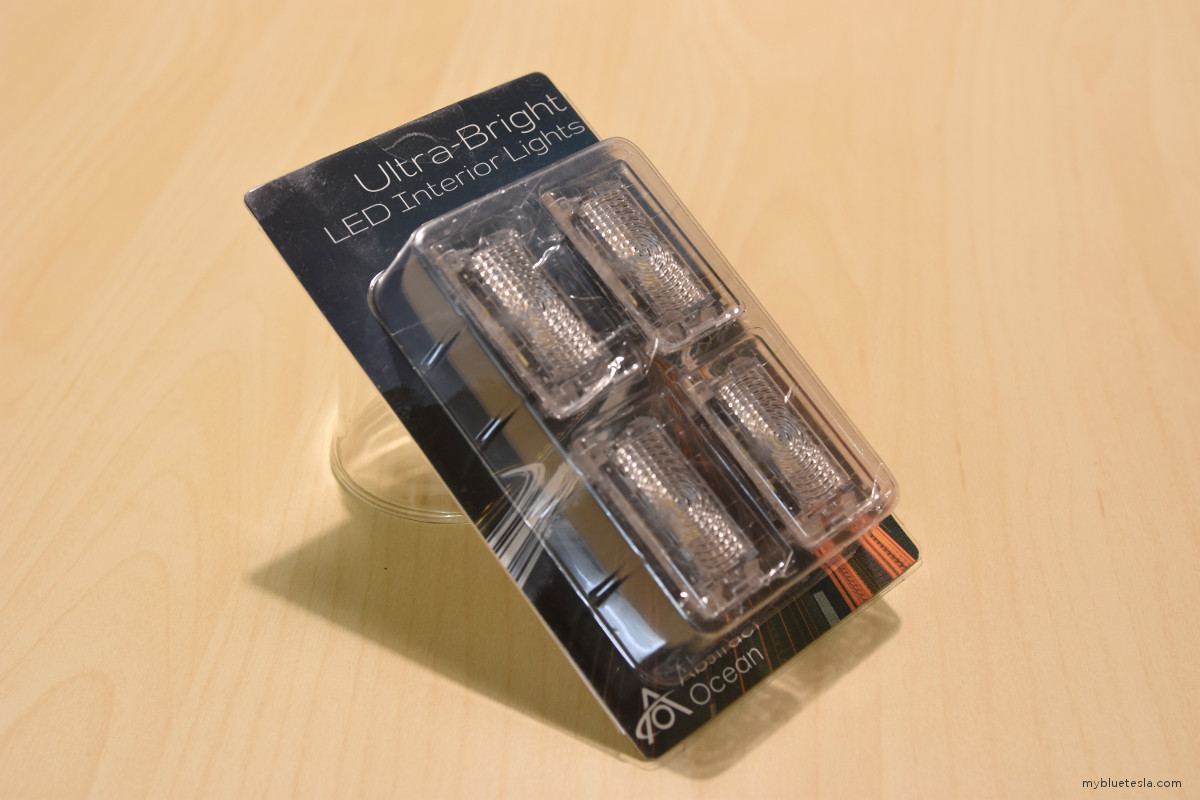 Here's the entire set that I ordered. 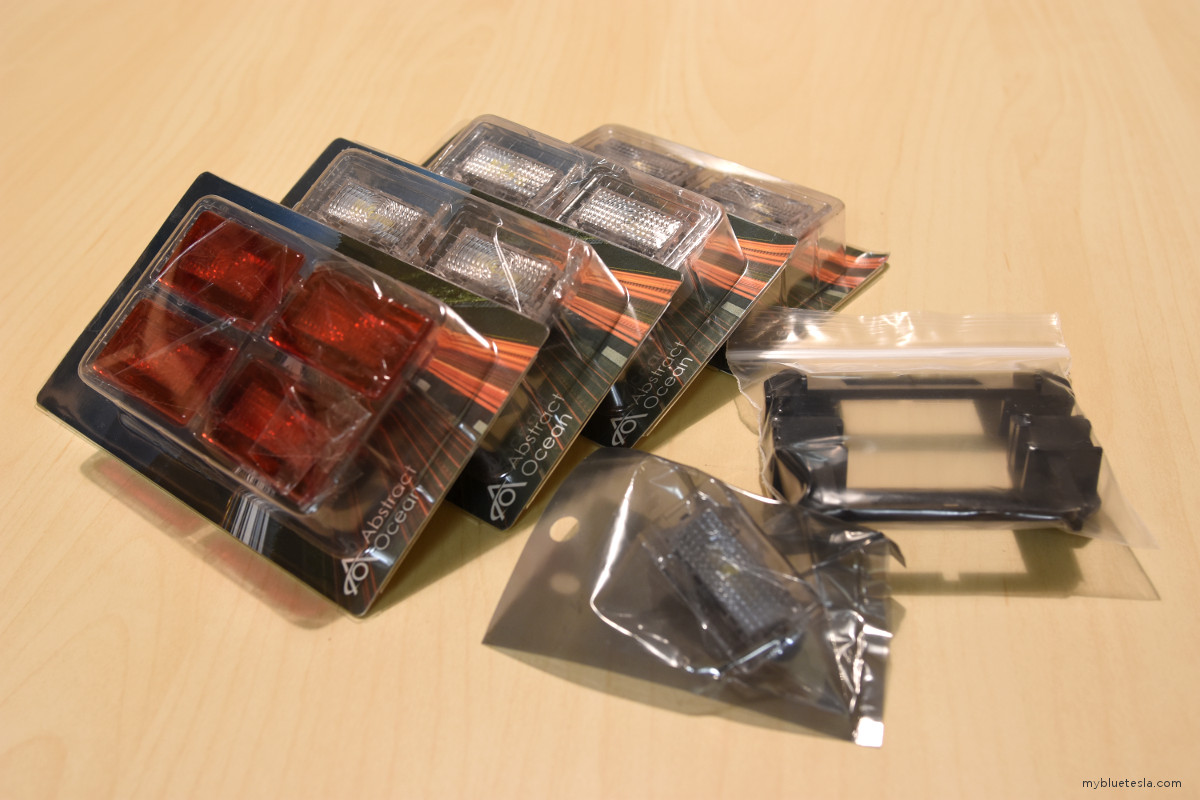 A close-up of one the LEDs. The Abstract Ocean part number is marked, whereas on the factory LED part there's no such label. 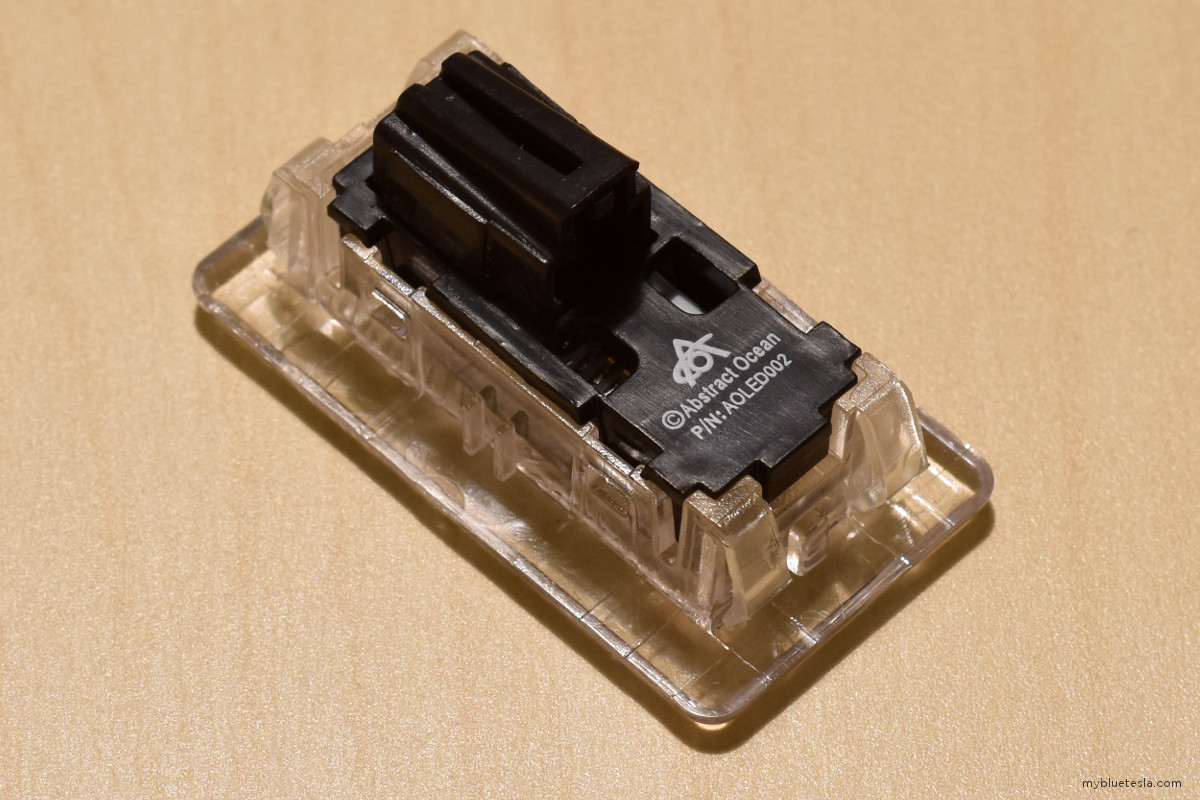 I began at the front trunk. Here's a before and after (the camera mode was set to manual to ensure the exposure settings were identical for both shots): 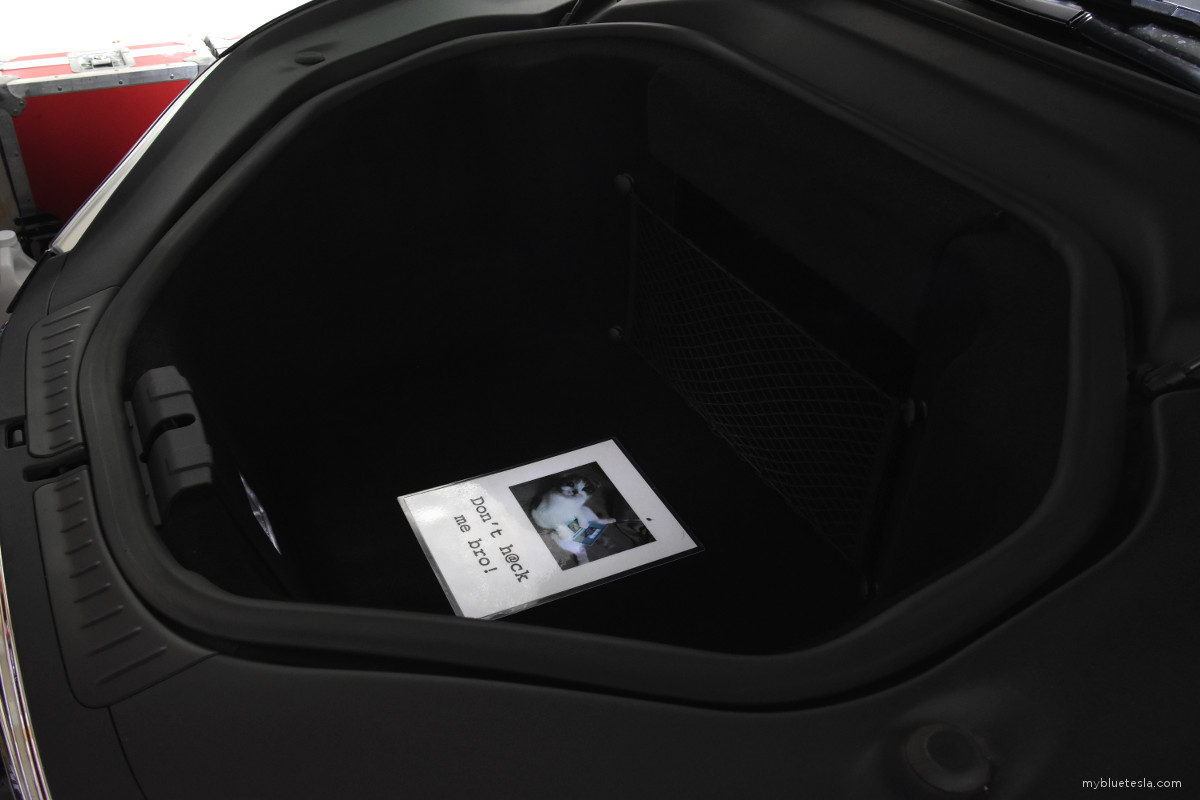 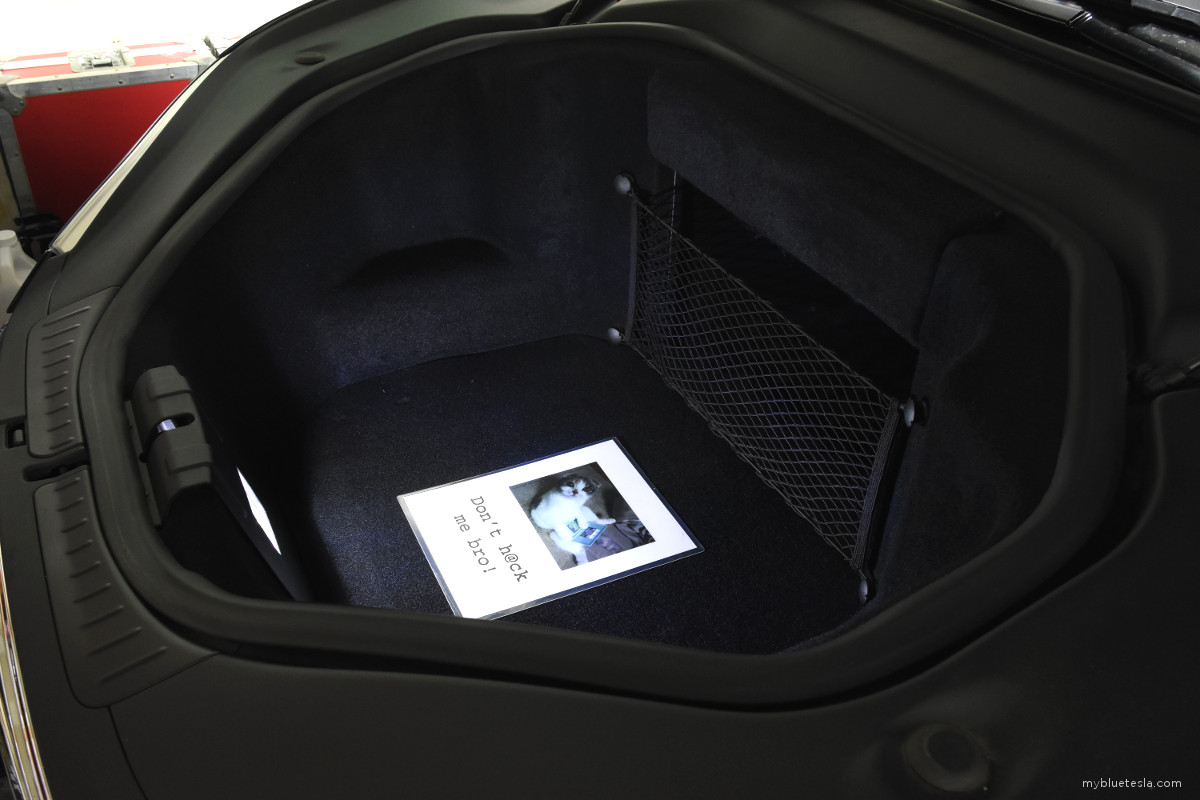 The red warning LEDs on the door panels were just as easy to swap. The amount of red glow on the wall is quite striking. 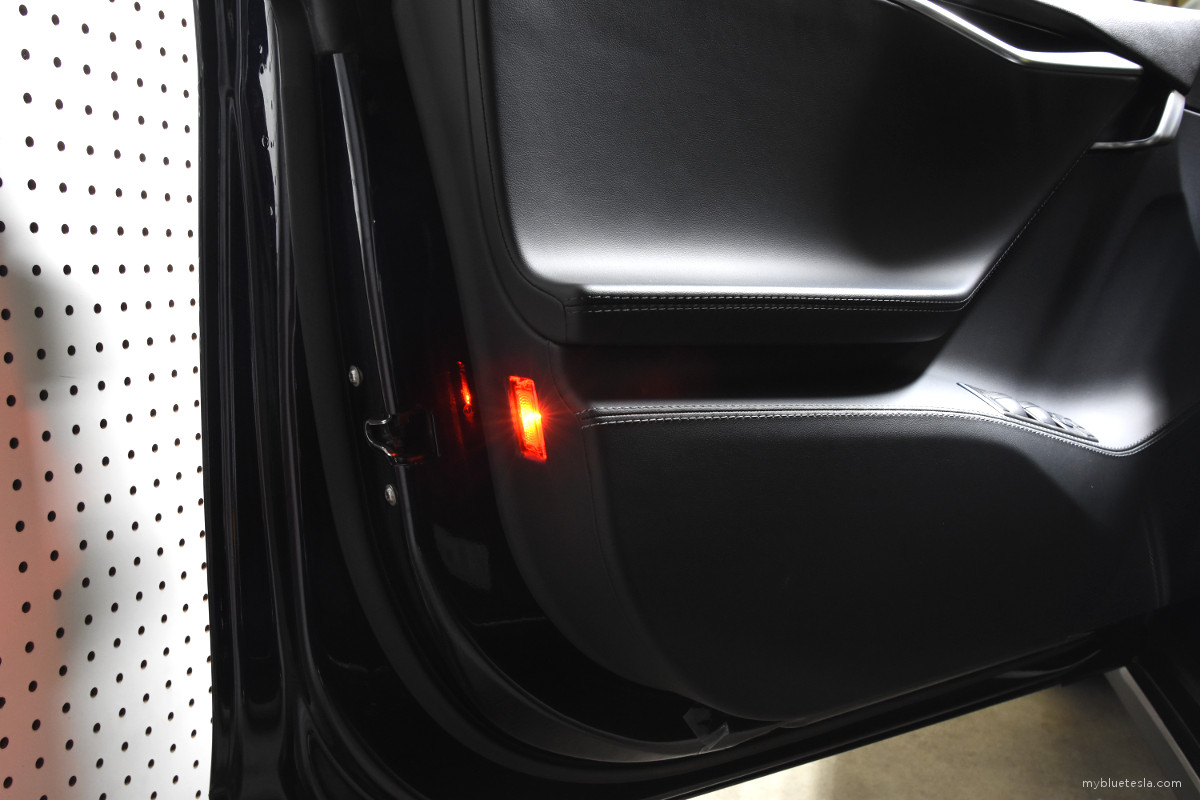 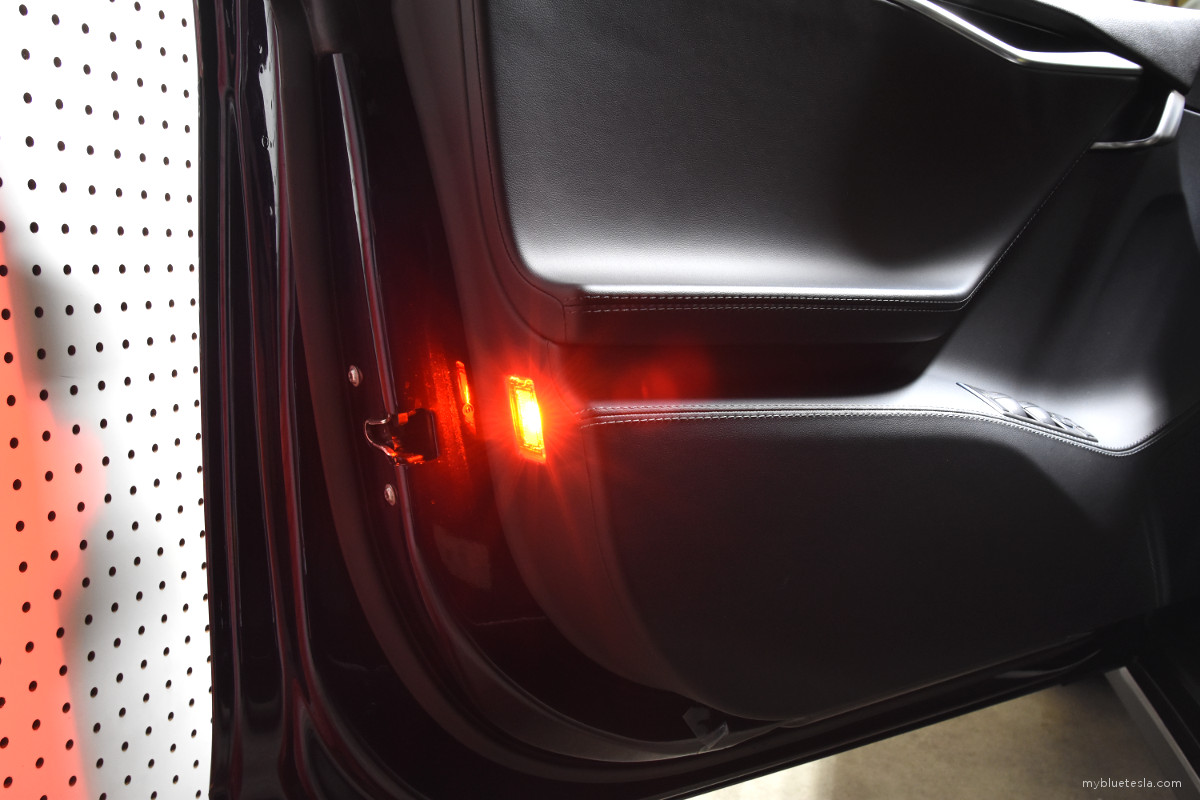 There are a few minor caveats depending on when your Model S was assembled and what options you selected for your build. In some cases, some panels will not have a cut-out to fit in the bulbs, or perhaps the wiring might exist but you'll need to create that cut-out to make it work. In my case, the rear driver and passenger door panels do not have the bottom provisions for the puddle lights. Instead there's just a blank indentation. 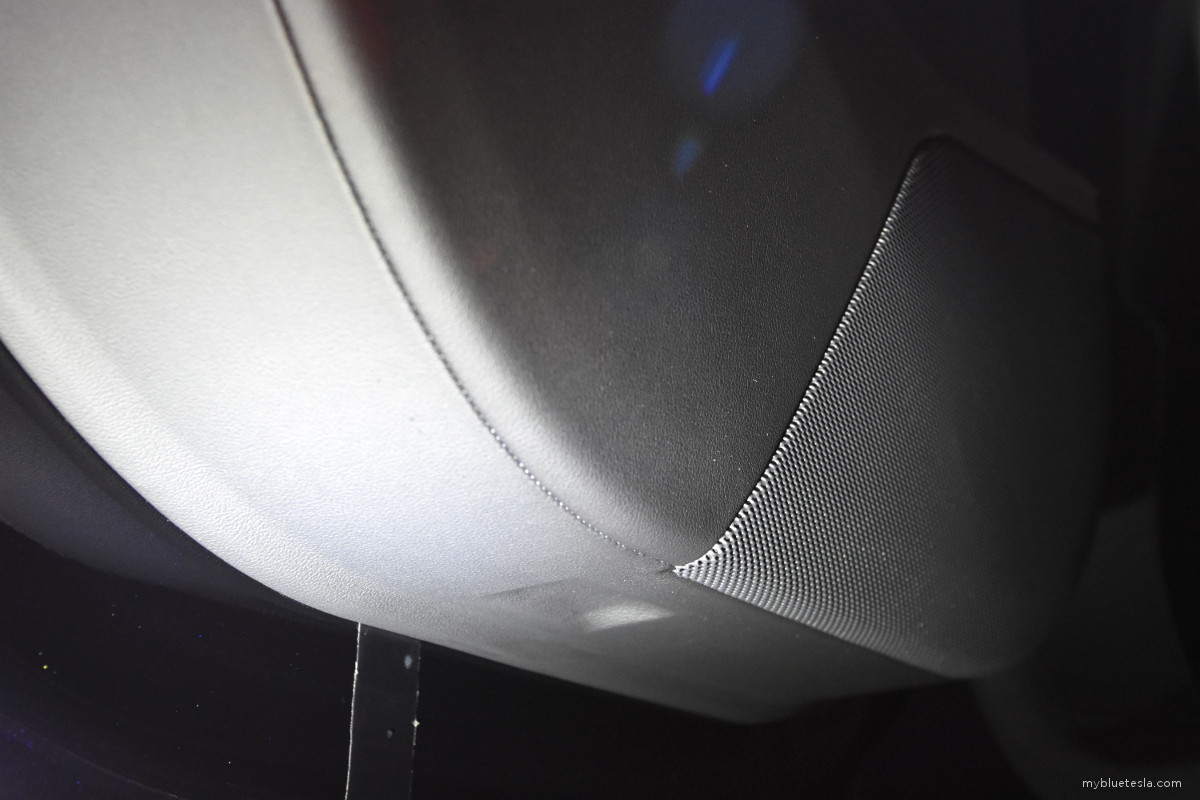 The rear hatch is pretty straightforward and for me this is where I would benefit the most from the additional brightness since I load/unload items here at least twice a day. 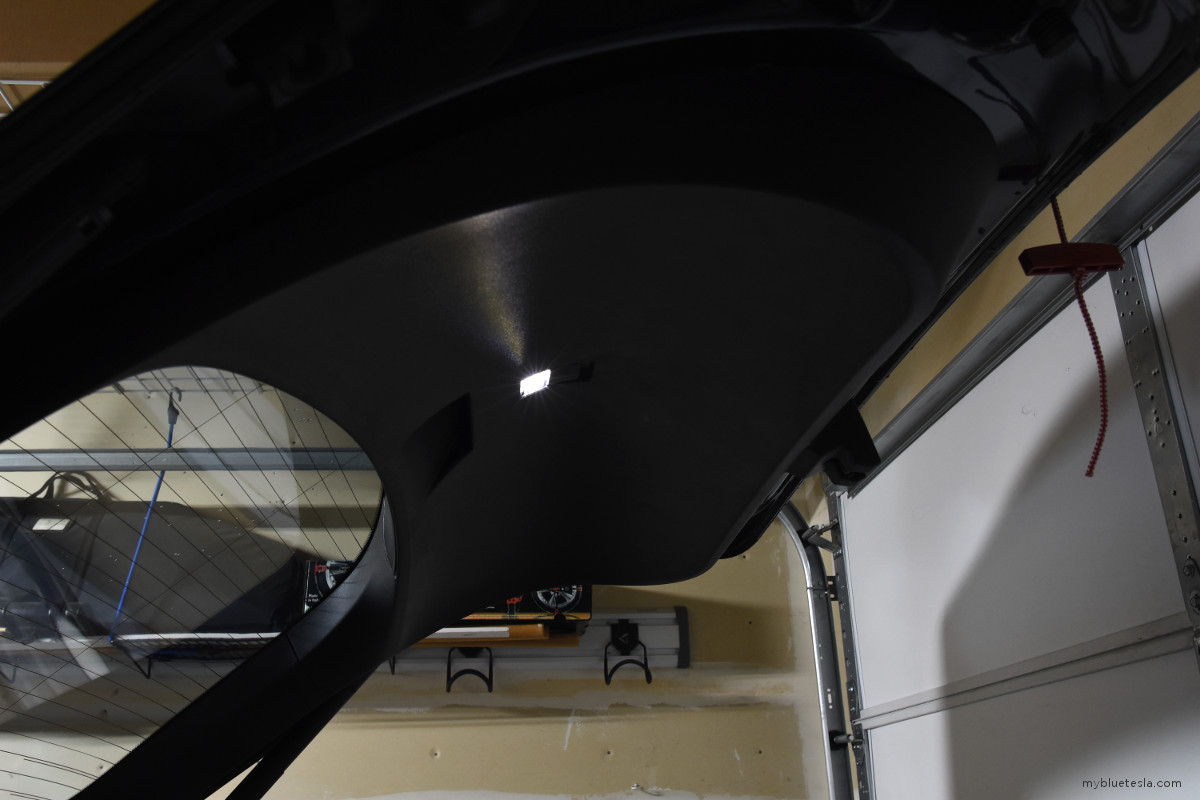 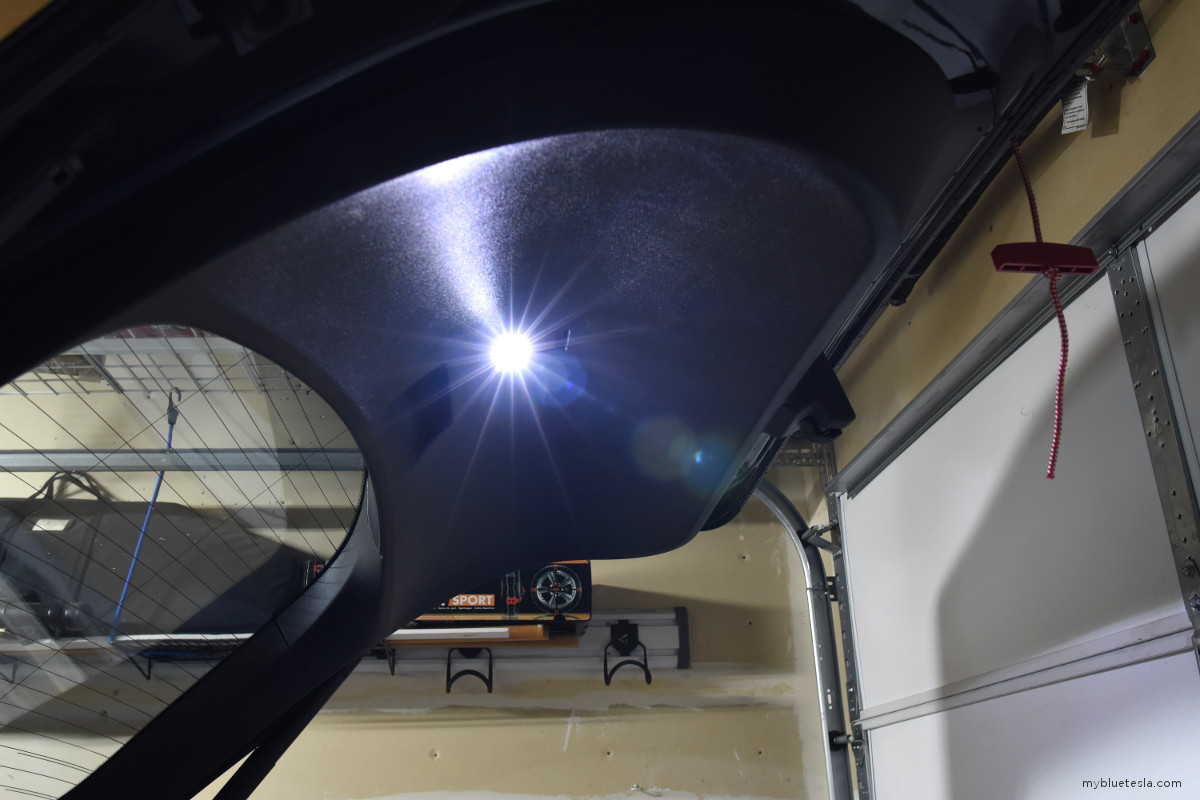 For now, I opted against checking to see whether the wiring already exists behind the punch-outs in the rear trunk space. Feeling a bit lazy today. 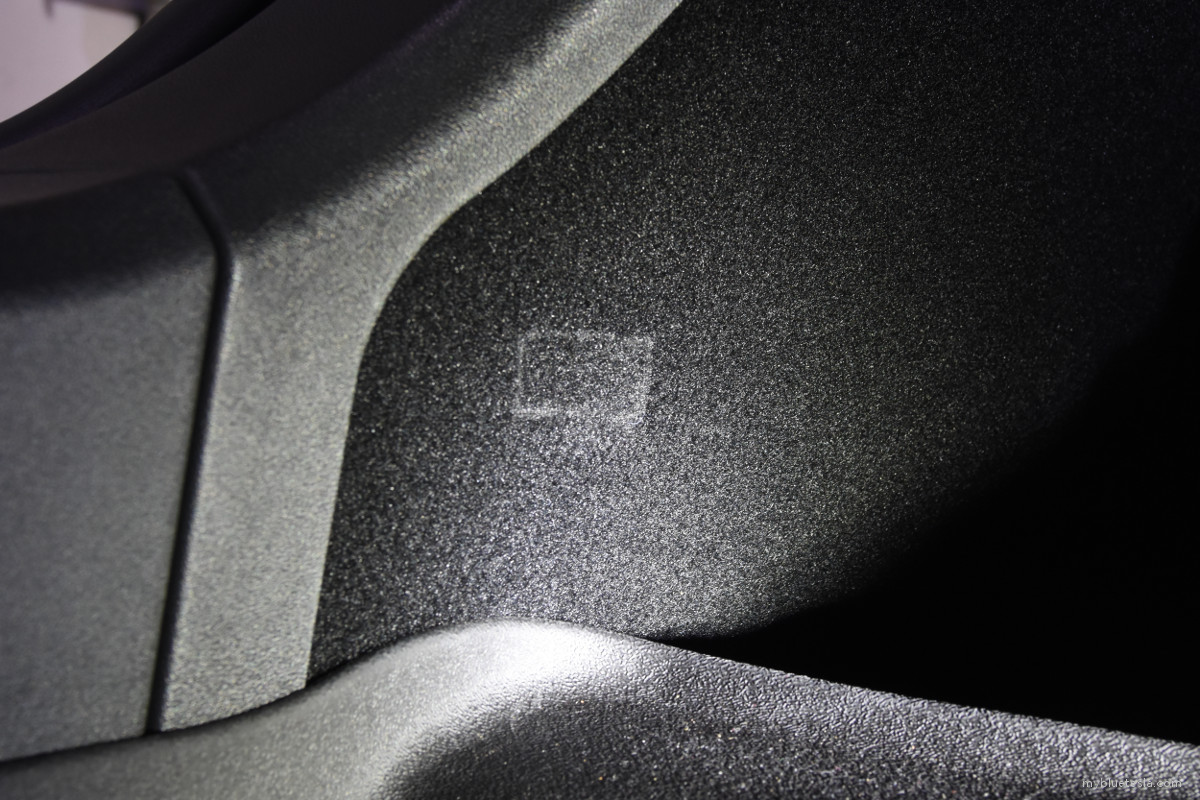 With these foot-well brackets, I can gain lighting underneath the front seats. The LEDs didn't come from the factory for this area (since I didn't order that Premium Interior Lighting upgrade) but the wiring exists so installing the brackets plus an LED for each seat can get me some extra bling.

That said, the wiring harness underneath the front seats took me several minutes to find and it turns out that the end of the harness is wrapped tightly together with other wiring using electrical tape. It's a bit cumbersome to extract and given that I almost never carry passengers in the rear, I decided to defer this procedure to another day. It's as if Tesla is trying to punish me for going cheap on my original build order.

For the entire project I used a flathead screwdriver to pry out the lights, but this comes with the downside of digging a bit into the textured plastic finish surrounding the LED. In almost all cases this isn't something anyone's going to notice unless they're specifically looking for it with a flashlight in hand, but I found it pretty annoying when the factory LEDs didn't want to release themselves easily. It takes a little force especially if you're trying to reduce the potential of accidental scratches or blemishes. Perhaps the plastic spudger tool (also sold by Abstract Ocean) is worth it. When I was replacing the bulb in the glovebox, the small panel that the bulb is mounted on came off first which ultimately made the removal of the old LED a bit easier.

Overall, this install was well-worth the cost and required relatively trivial effort. Some thin gloves might be advisable since handling the plastic clips might be a bit agitating on the fingertips for some people. If you don't want to replace all the lights, I would suggest at least replacing the ones in the front and rear trunk areas as an immediate functional improvement. I also plan to get the LED License Plate Bulb Kit but as of this writing they're out of stock so that'll be a small project for another day.

And since I don't have the wiring for the rear door puddle lights (that I'm aware of) and unsure whether I'm pre-wired for the lower areas in the rear trunk, I have 4 LEDs as spares.