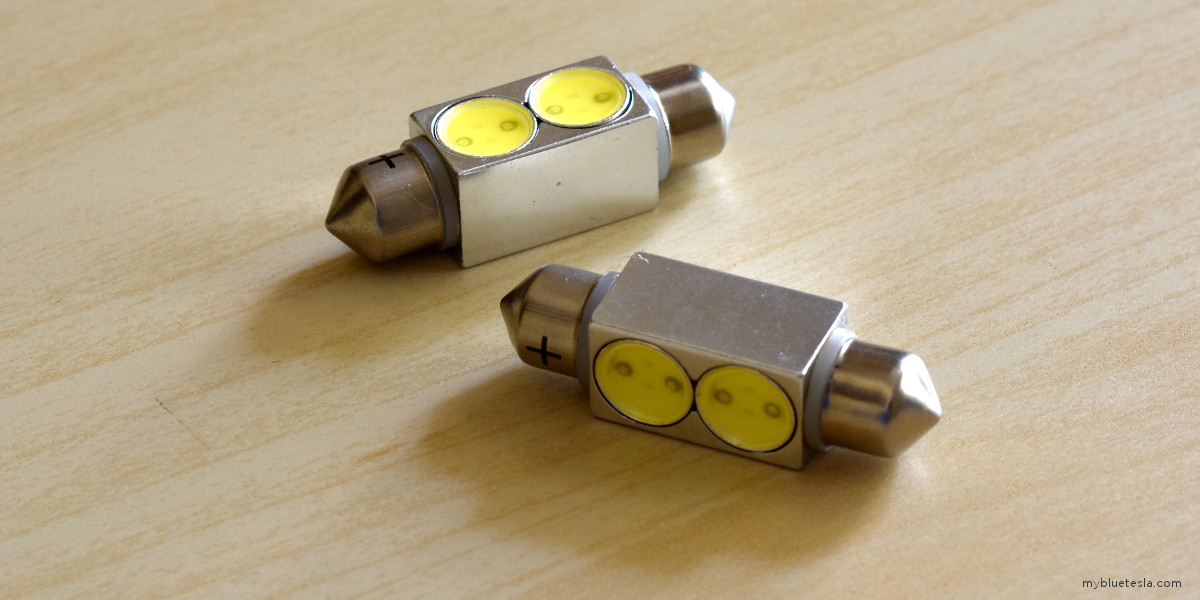 The Abstract Ocean LED license plate bulb kit was finally back in stock. $22 for an easy swap and only requires a screwdriver. I did a similar upgrade on my old car using third-party LEDs and it makes a noticable difference from the stock incandescent bulbs. Note that Model S versions manufactured around 2015 and beyond apparently don't have replaceable bulbs. 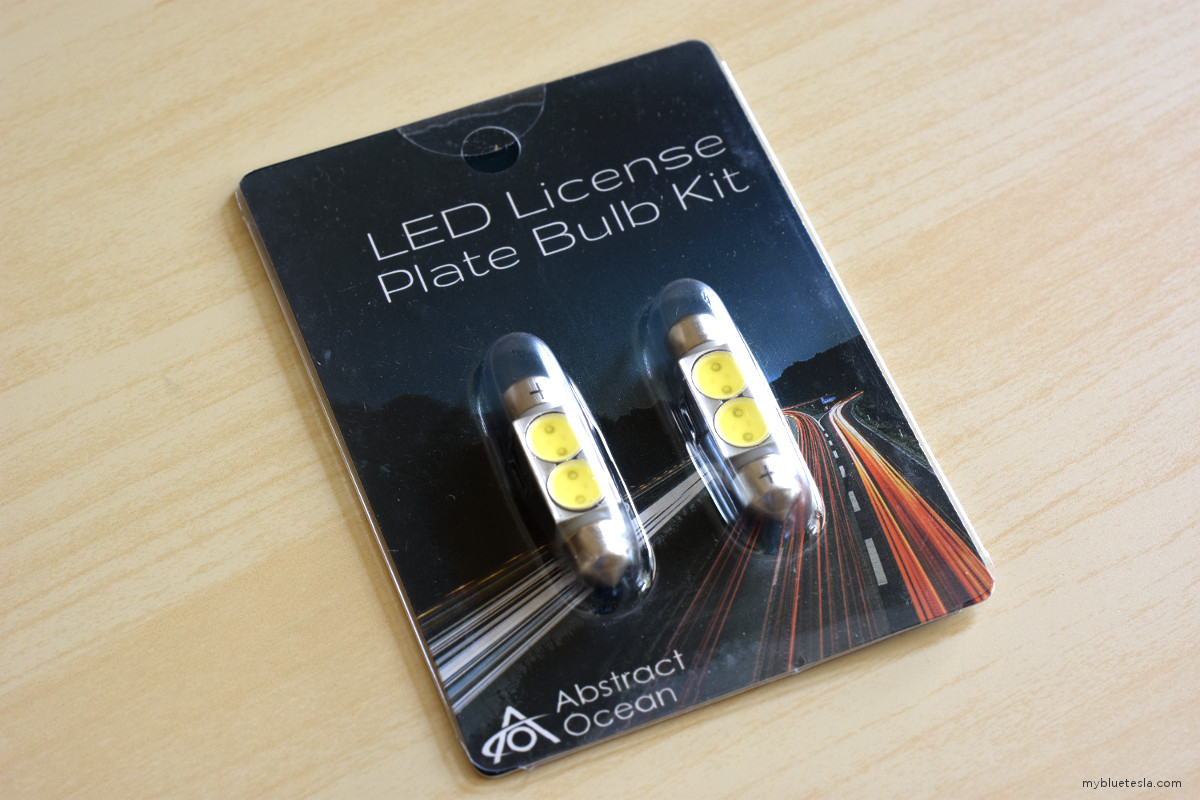 Flip the package around and: 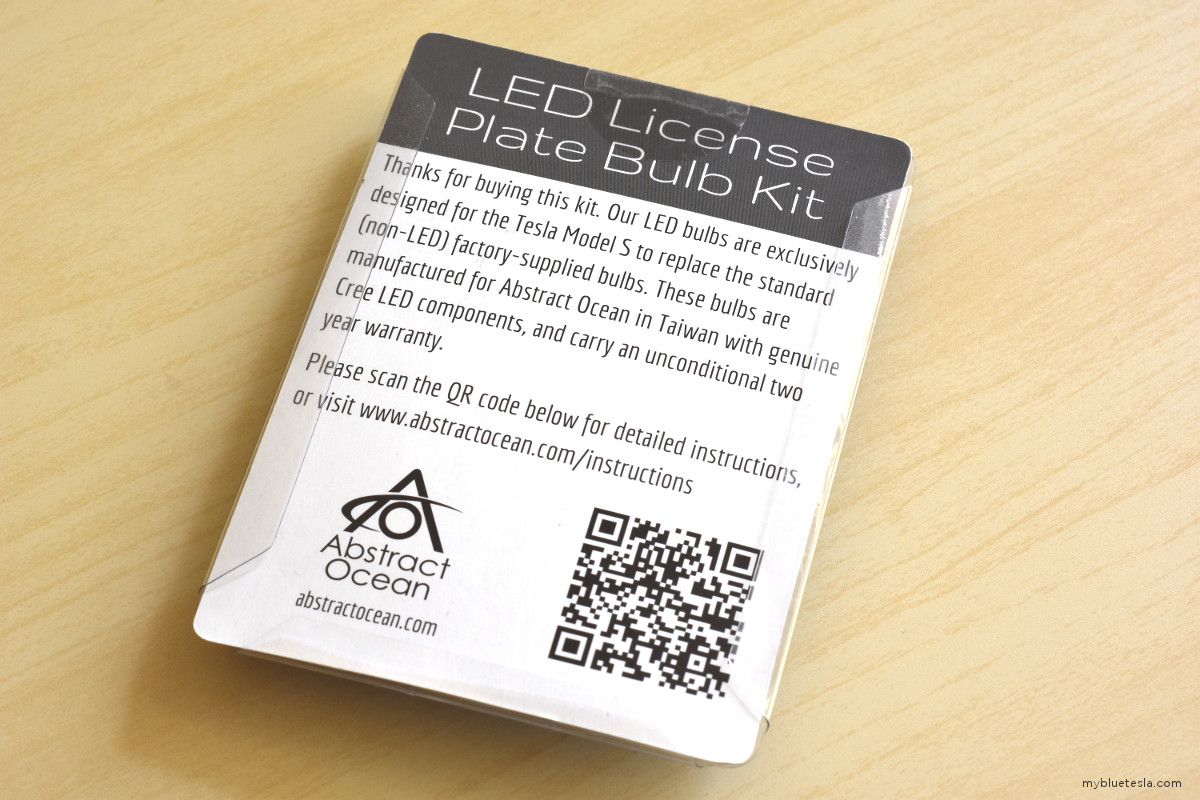 Removing a bulb housing is pretty easy and here's a comparison shot of the factory vs. Abstract Ocean bulbs: 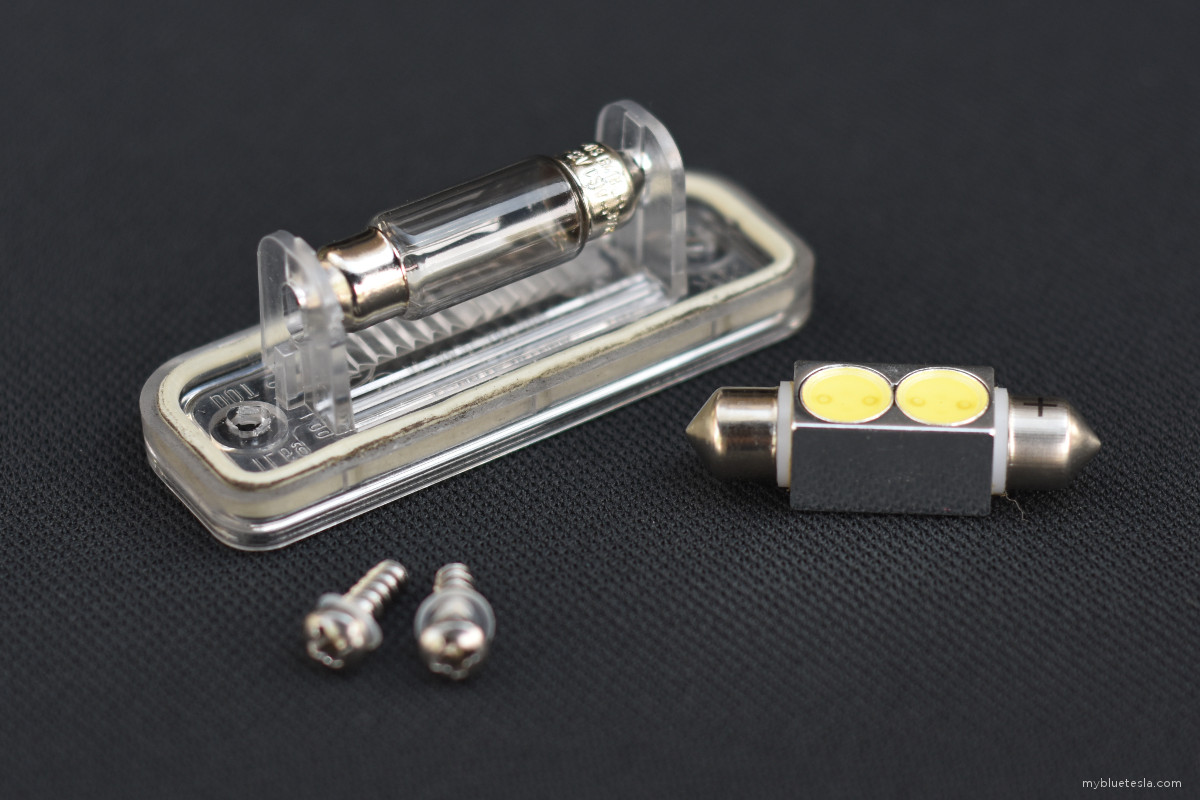 I checked Abstract Ocean's site itself for the installation instructions but oddly enough their product description page had a broken link to the guide. The updated link is at https://abstractocean.zendesk.com/hc/en-us/articles/360000181471-Licence-Plate-LED-Lights. The enhanced light output should help illuminate dark spaces better when using the backup camera at night.

Next up was the Abstract Ocean Auto-Lift kit, a fairly simple solution to an obvious Model S shortcoming: the parcel shelf does not have any kind of lift system to raise the rear part of the flap when the tailgate is opened. Every single modern car with a trunk privacy shelf includes some sort of pulley mechanism into the design ... except Tesla. Even my old car that I purchased in 2000 has one. It's pretty clear that the parcel shelf was an afterthought in the car's design efforts. During my first year of Model S ownership, I often forgot to flip the shelf flap down after loading something into the trunk, resulting in an obstructed view of the rear when driving. Quite frustrating, especially since this is supposed to be an innovative vehicle and it's missing something so basic. 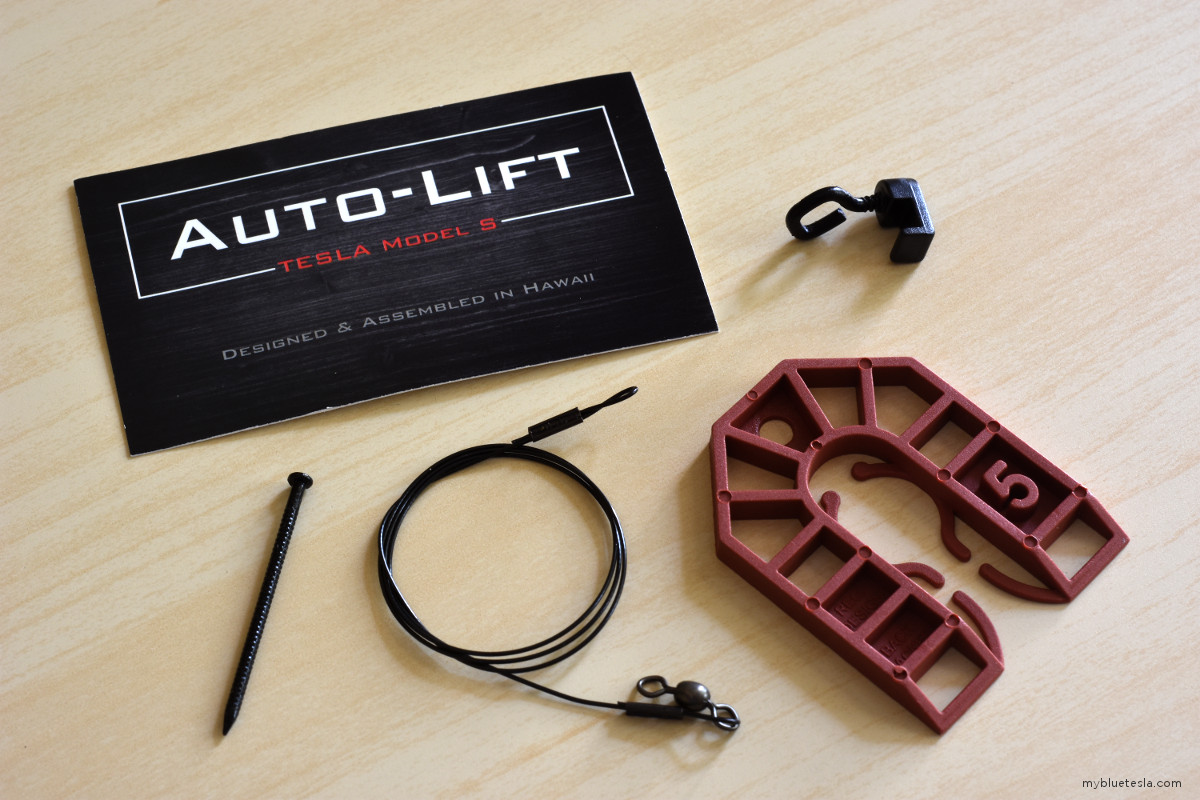 The brown shim tool works, although I suspect their Spudger tool is probably more comfortable to use.

What I didn't realize when I was ordering this kit was that it only includes a single filament line. While this functionally works just fine as advertised, the result is an asymmetrical look. For a $23 solution I'd think they could include parts for both sides. Perhaps they figure that Tesla owners aren't going to care about a measly $20 for a filament line, a plastic hook, and a nail. I could make the same thing with a fishing line and some duck tape (although it wouldn't look as pretty). The official install instructions.

The Shelf Butler is a similar product (demonstrated on DÆrik's YouTube channel) that's around the same price, although I sense that it's also single-sided like Abstract Ocean's. I debated which one to go with but since I was ordering the LED license bulb kit from Abstract Ocean anyway, I decided to double-down. In the grand scheme of things it's a minor aesthetic annoyance but makes life easier as I open the rear hatch at least twice a day and it's one less thing to deal with.