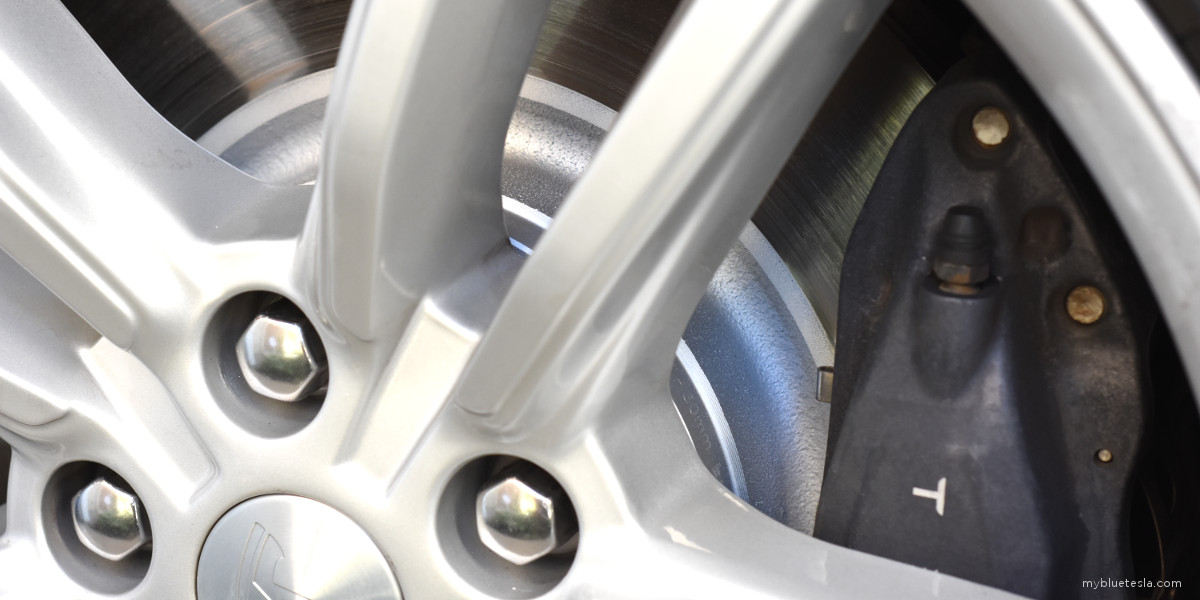 Some of us Tesla owners are an overly-sensitive, finicky little bunch of snowflakes. Almost 3 months have gone by since I purchased tools to do wheel swaps. Before I formally change out to my summer tire-wheel set (even though it's approaching fall already), the rusty rotor hats that have been an eyesore for years need clean-up. As noted July last year, this has been an annoying cosmetic issue and I'm hoping the Würth SBS Brake Treatment will be a more permanent solution. This product was mentioned in a Tesla Motors Club forum thread so I decided to trust the Internet and give it a shot. 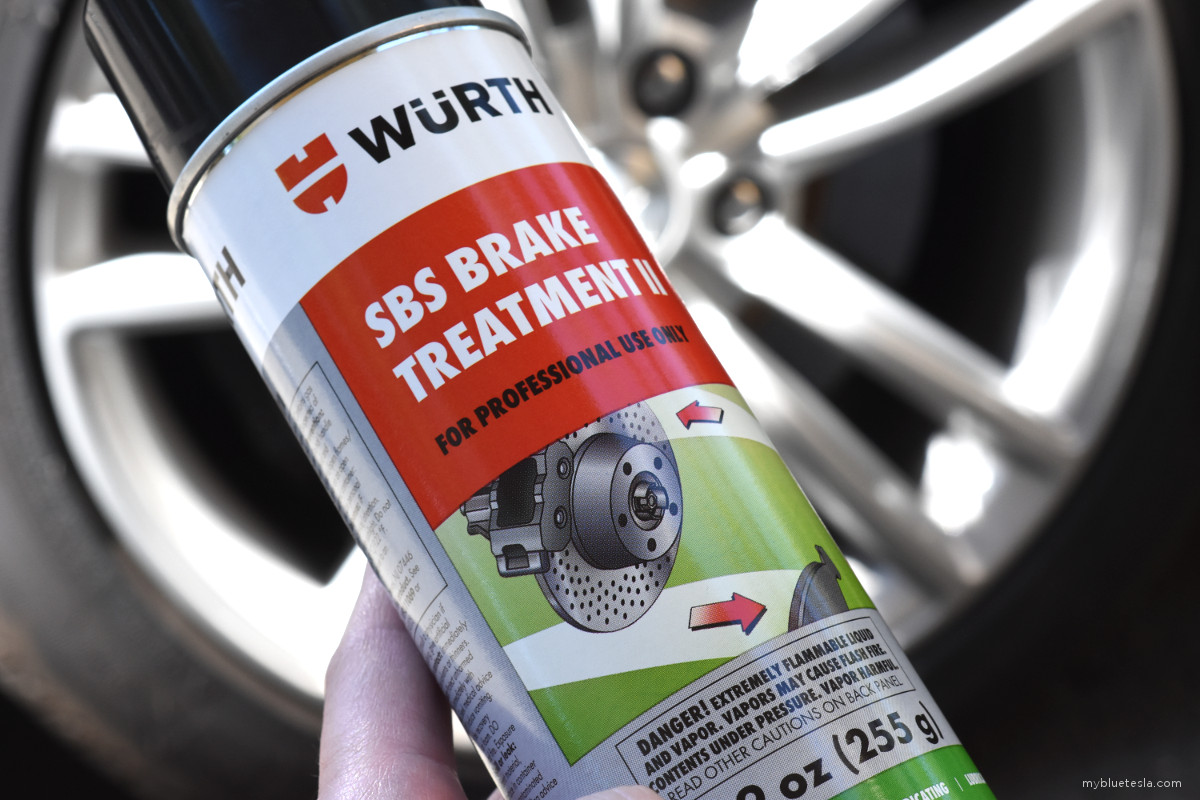 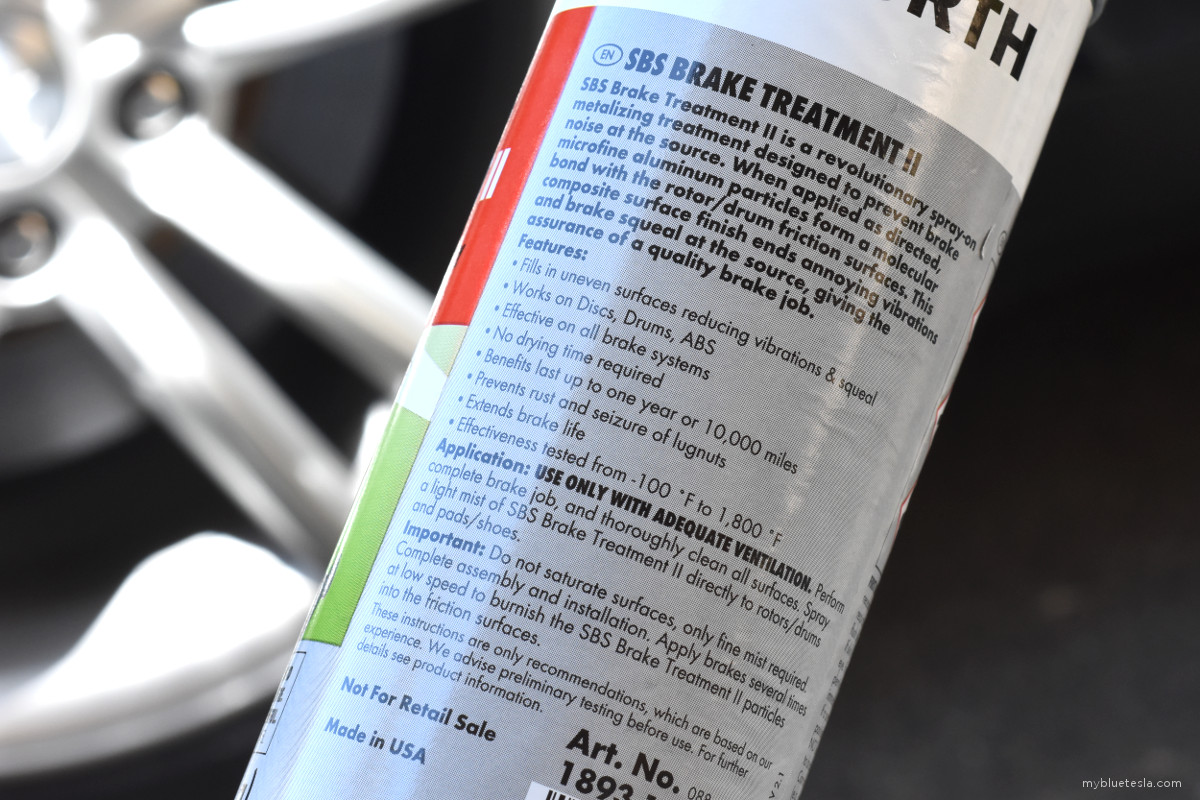 It's really convenient to get access to the entire wheel well and in the future I'll put effort on doing a thorough maintenance cleaning when the wheels are off. A lot of folks neglect sharpening up this area and it stands out to those of us with an interest in automotive detailing when the outer shell of the car is clean but the wells are left untouched. 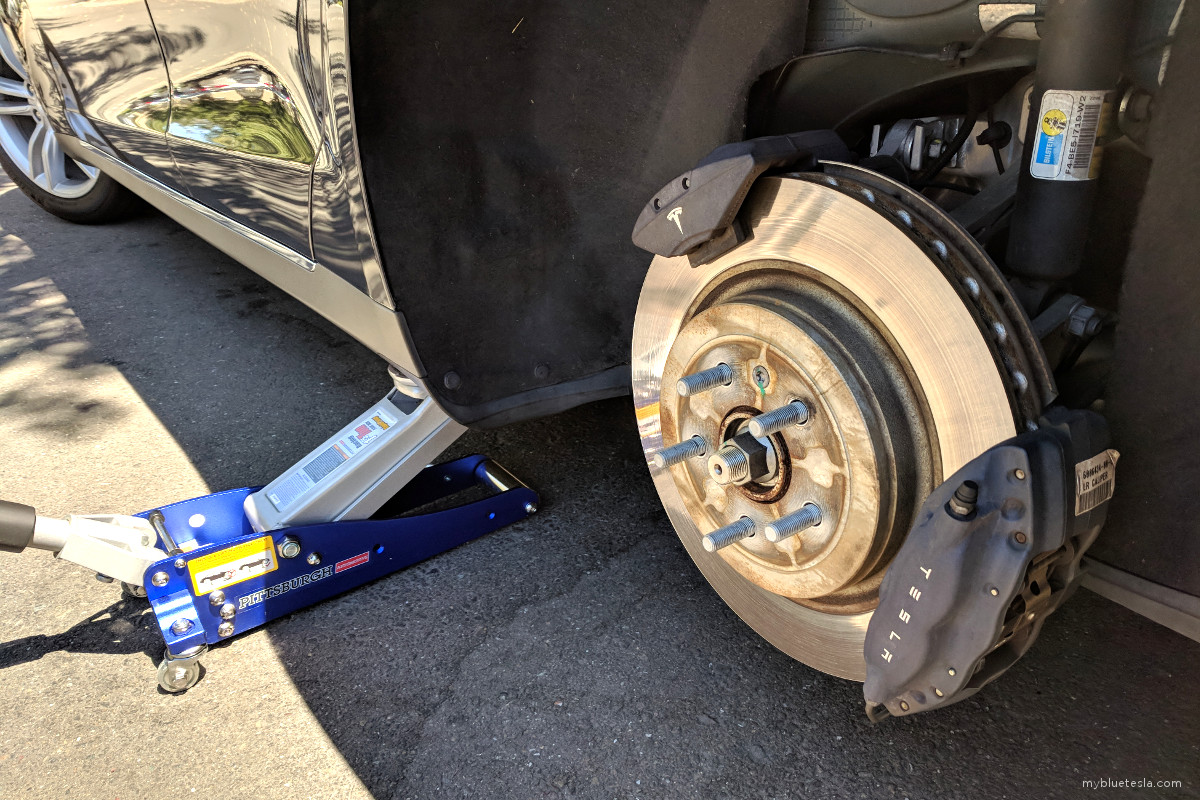 I covered up the calipers with paper towels to prevent overspray. This means a small part of the outer edge of the rotor hat next to a caliper might get covered a bit by the paper towels. For the rears where the parking brake is applied, I can't just rotate the disc to get access to those few inches. I touched this up after the wheel was put back on and I rolled the car slightly. 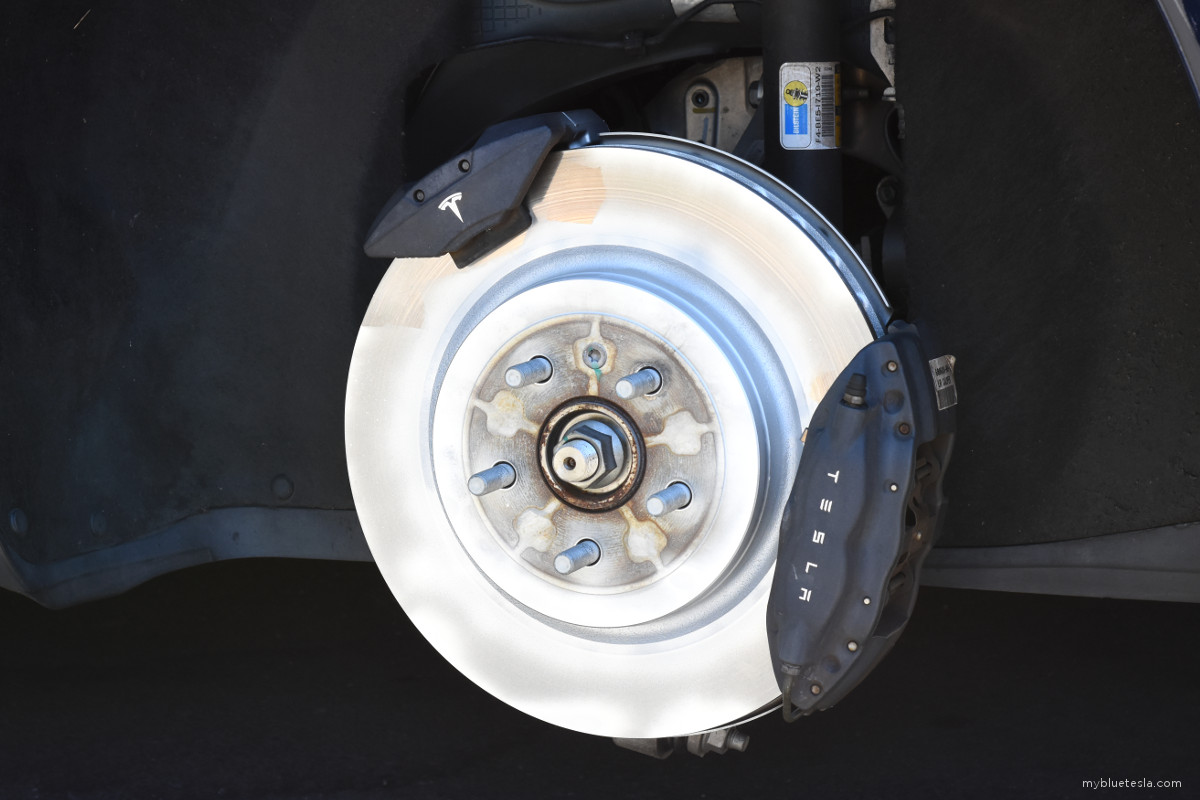 After letting the treatment sit for a few minutes, I drove around the block, applied the brakes a few times, and had the pads remove the excess from the rotor braking surface. 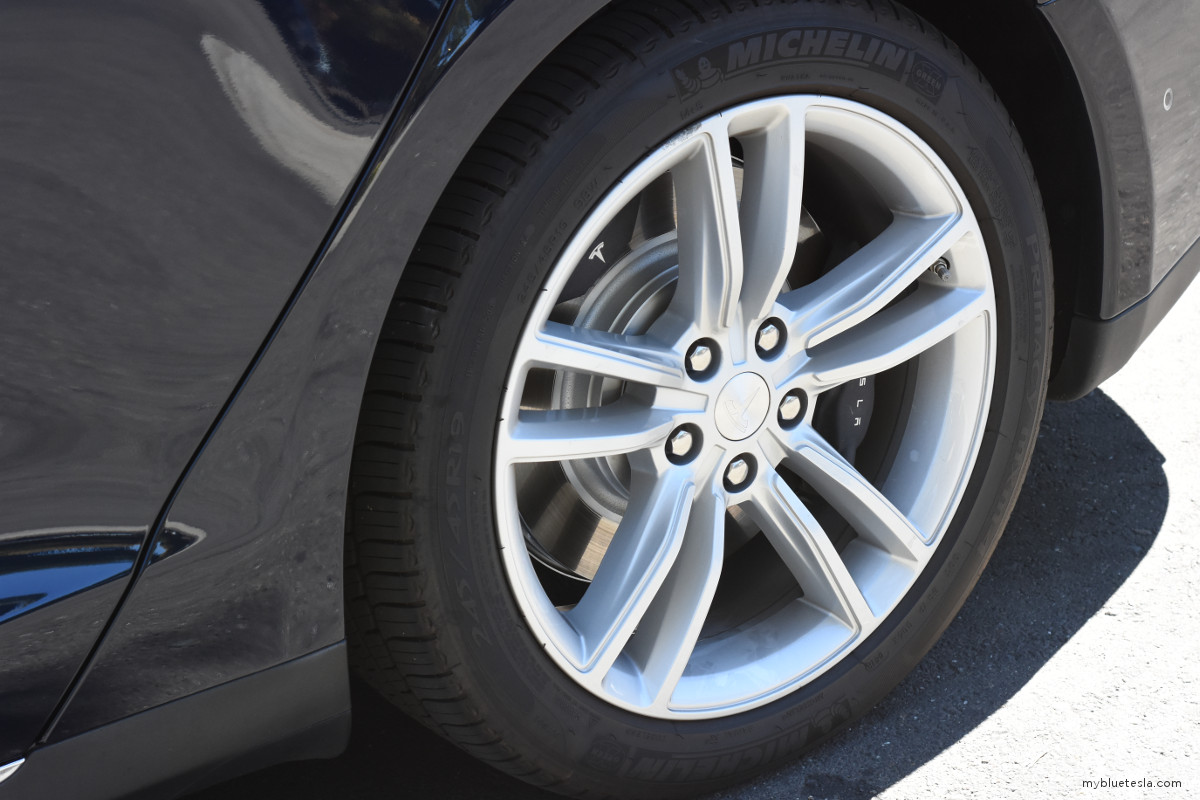 The result looks pretty damn good. The front brakes were slightly easier to work on since I could rotate the disc by hand to spray any missed areas where I covered up the calipers with paper towels and blue tape.

Overall a relatively easy process where most of the effort is in jacking up the car, unmounting the wheel for a few minutes, then re-mounting and torquing it to spec. Other Tesla owners seem to have had success with this but I'll see how this looks in a week's time before I go through any wash bay. Newer Teslas made in the last few years seem to solve this issue with a dark-gray coating from the factory.

This also means I don't need to use Optimum FerreX to periodically reduce unsightly rustiness. My next step is to get those Turbines cleaned, coated, and mounted.