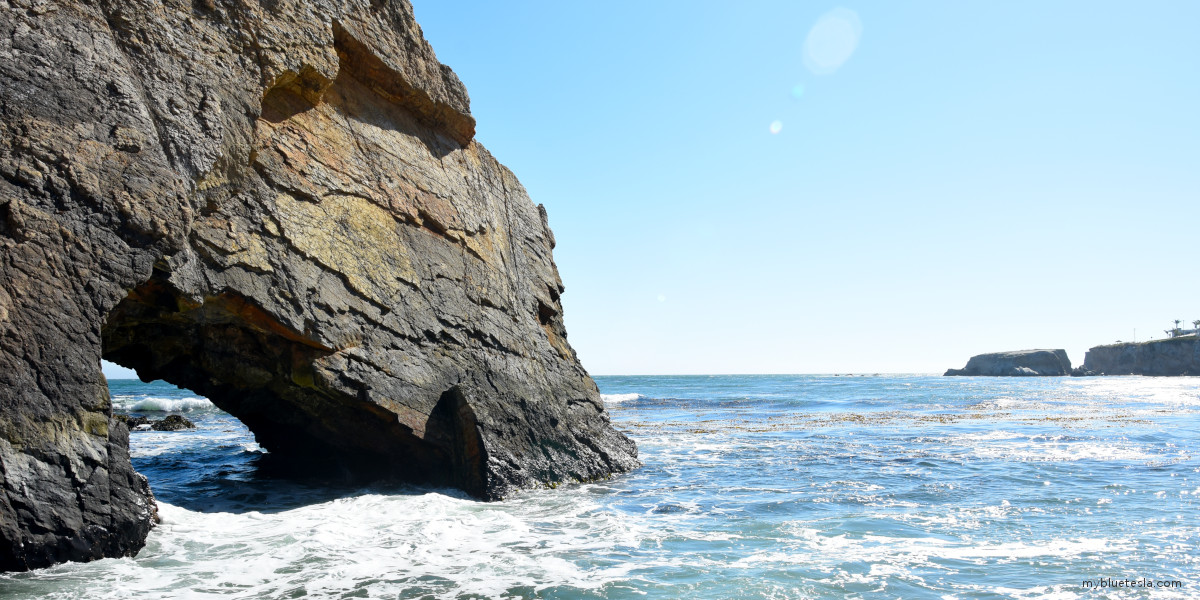 On Memorial Day, the drive from Indio to North Hollywood involved a few traffic congestions and one detour around Palm Springs recommended by the nav system. While the first congested stretch on the freeway was slow on the map (with the dark red lines), the detour itself didn't seem all that much faster. I'm not sure if this was a case where the trip calculator figured I'd save 2 minutes taking the detour, but a lot of other drivers were doing the same thing. 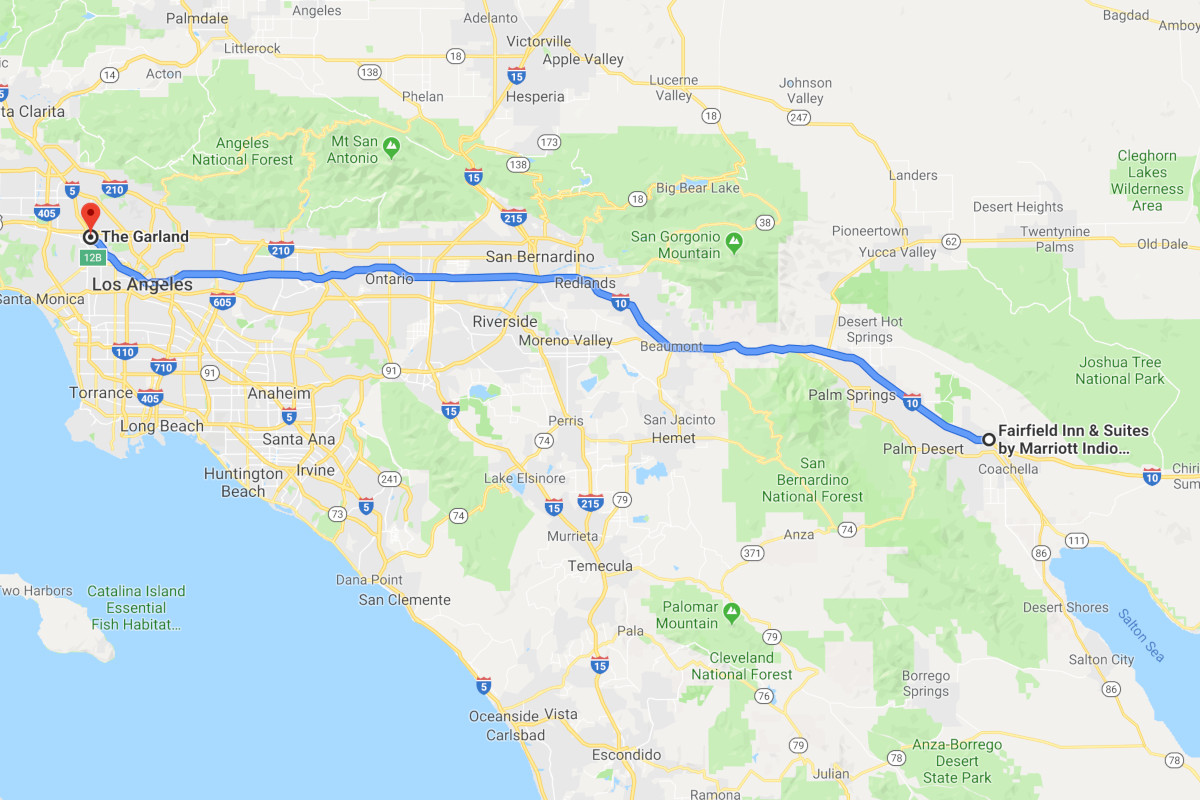 Around 2pm I arrived at The Garland in North Hollywood, close to Universal Studios. This is a nicely-styled chic/retro hotel and a breath of fresh air from all the generic Marriott properties I've been staying at. The Garland has 2 Wall Connectors although parking is $25 per day. There's plenty of valeting happening although it's not required to gain access to the charging spots. The orange sign says "Tesla parking and charging station." Nice. 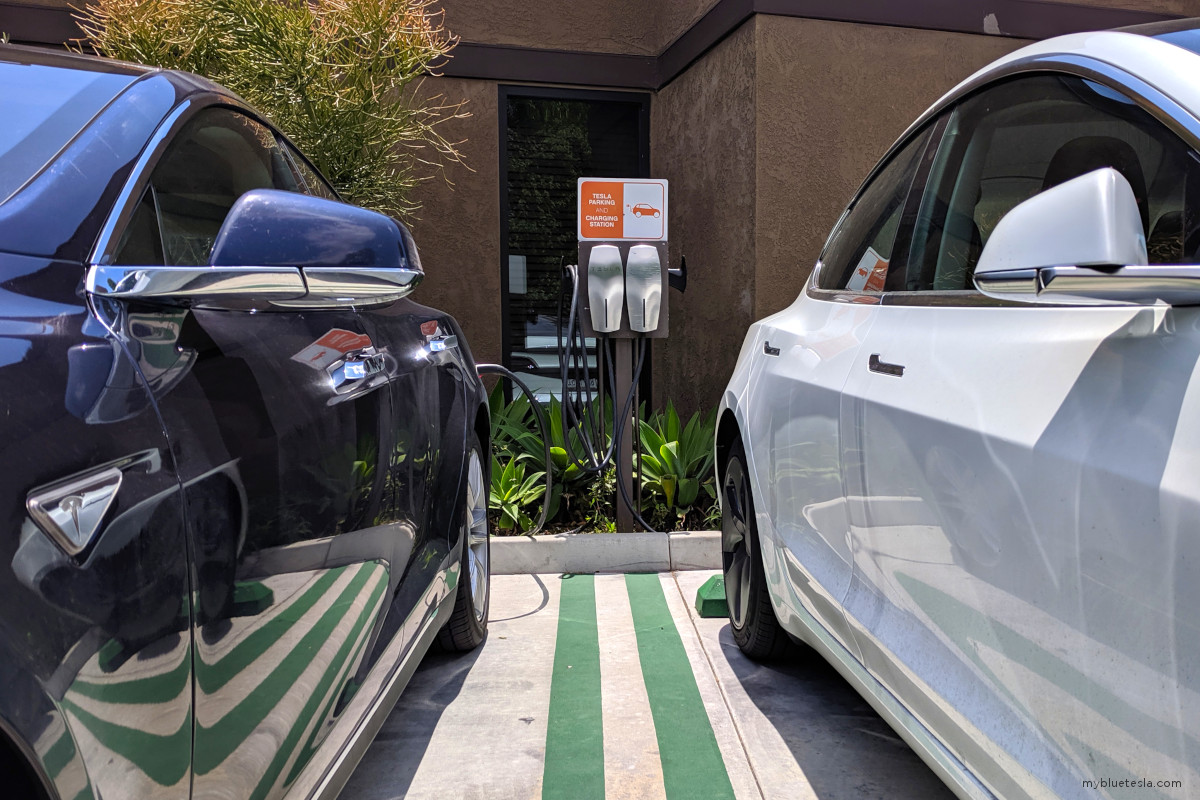 While in the Los Angeles area, I had originally planned to check out the Beat Junkie Institute of Sound in Glendale (or visit the Vasquez Rocks again), but given that it was Memorial Day they were closed. Fortunately I was able to meet up with an old friend who is an instructor there and had a nice catch-up dinner. Definitely another highlight of the road trip.

Getting to Pismo Beach from North Hollywood was relatively uneventful, although this was the first time I've ever driven through the Santa Barbara area. Some of this stretch of road was pretty scenic, especially around Cachuma Lake. On the last mile before making it to my final destination of this road trip, the nav system was screwing up yet again. After getting off the freeway it was telling me to go left when the hotel was just around the corner to the right. I'm not sure if this was due to the recent 2019.16.1.1 update or if the navigation software has just simply been faulty like this in recent years. 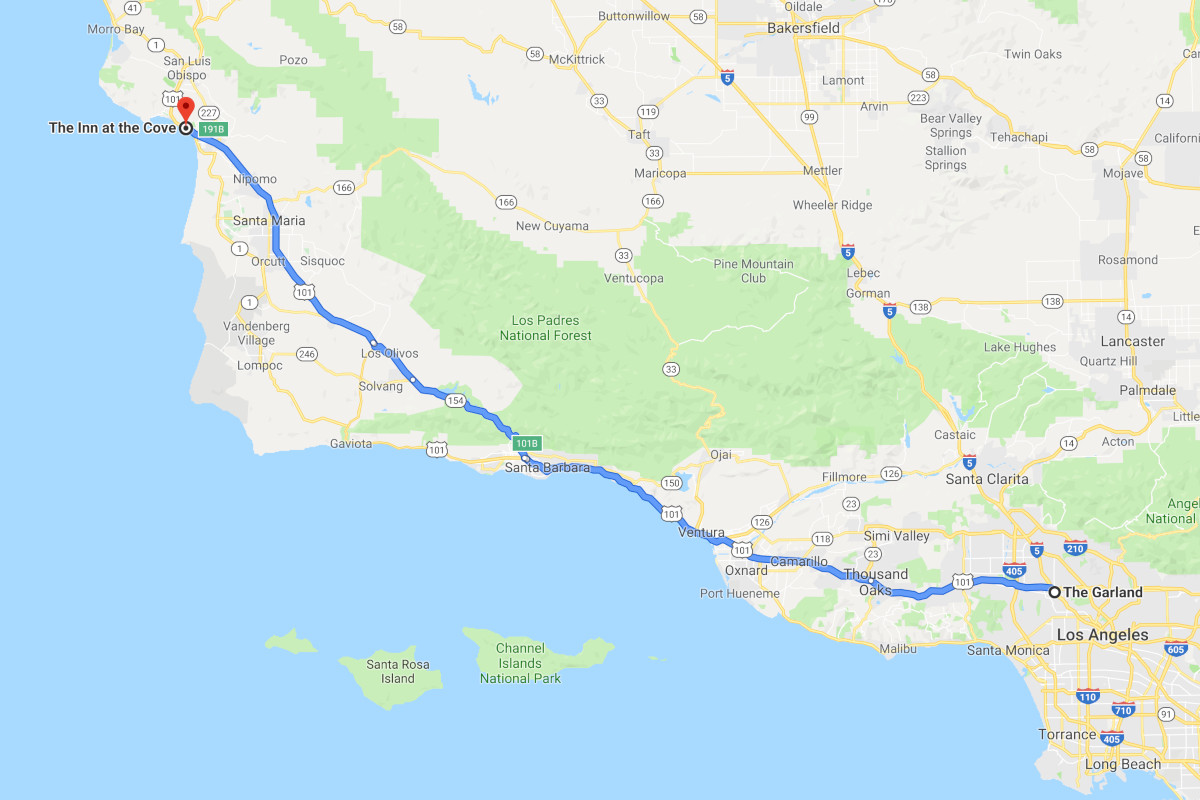 I stayed at Inn at the Cove back in 2017 in a most ideal weather. This second stay was nearly the same, albeit slightly breezier. This boutique property is right at the edge of the ocean on a cliffside with an absolutely amazing view. Point your camera in any direction and Instagram a shot. 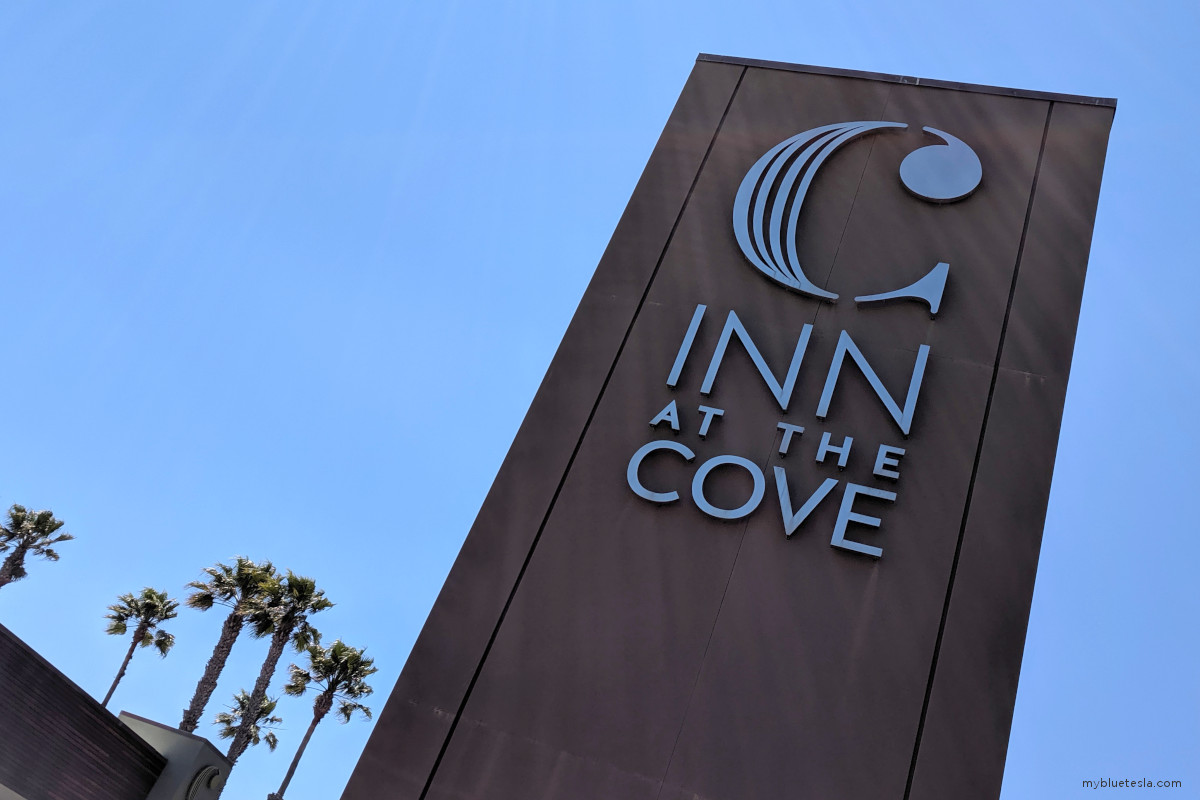 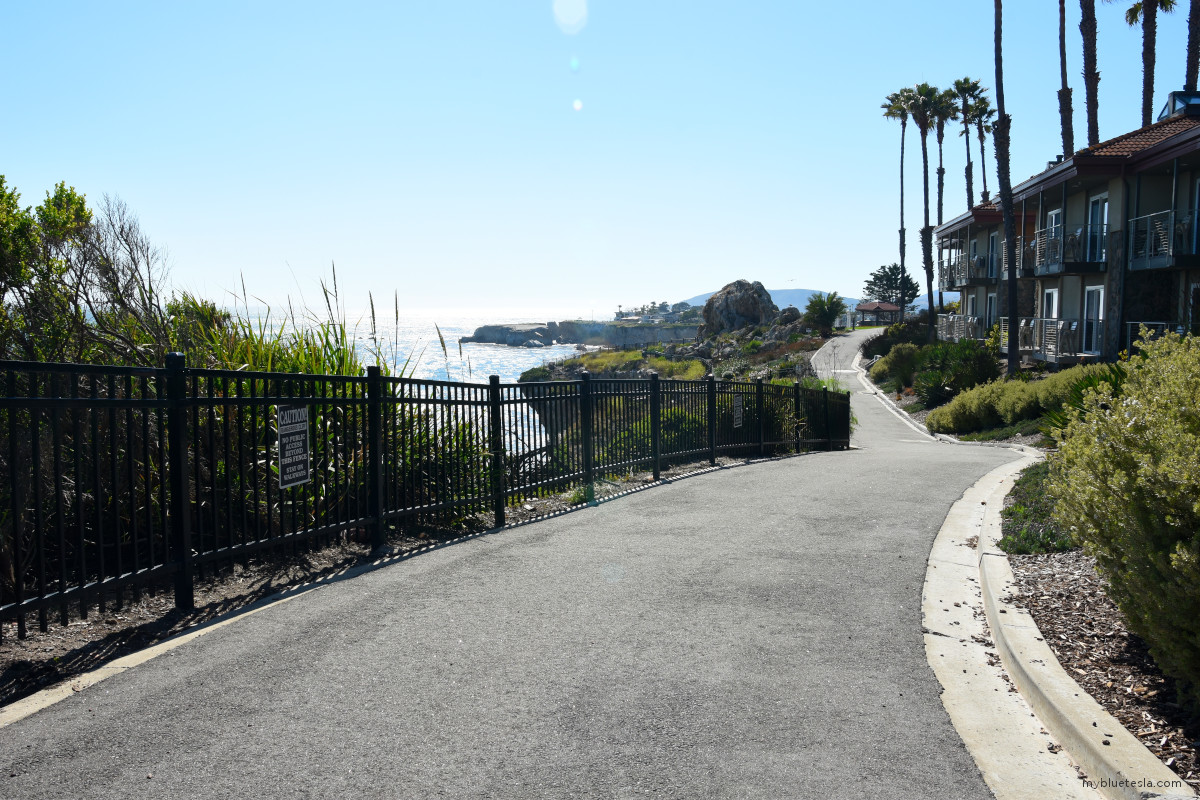 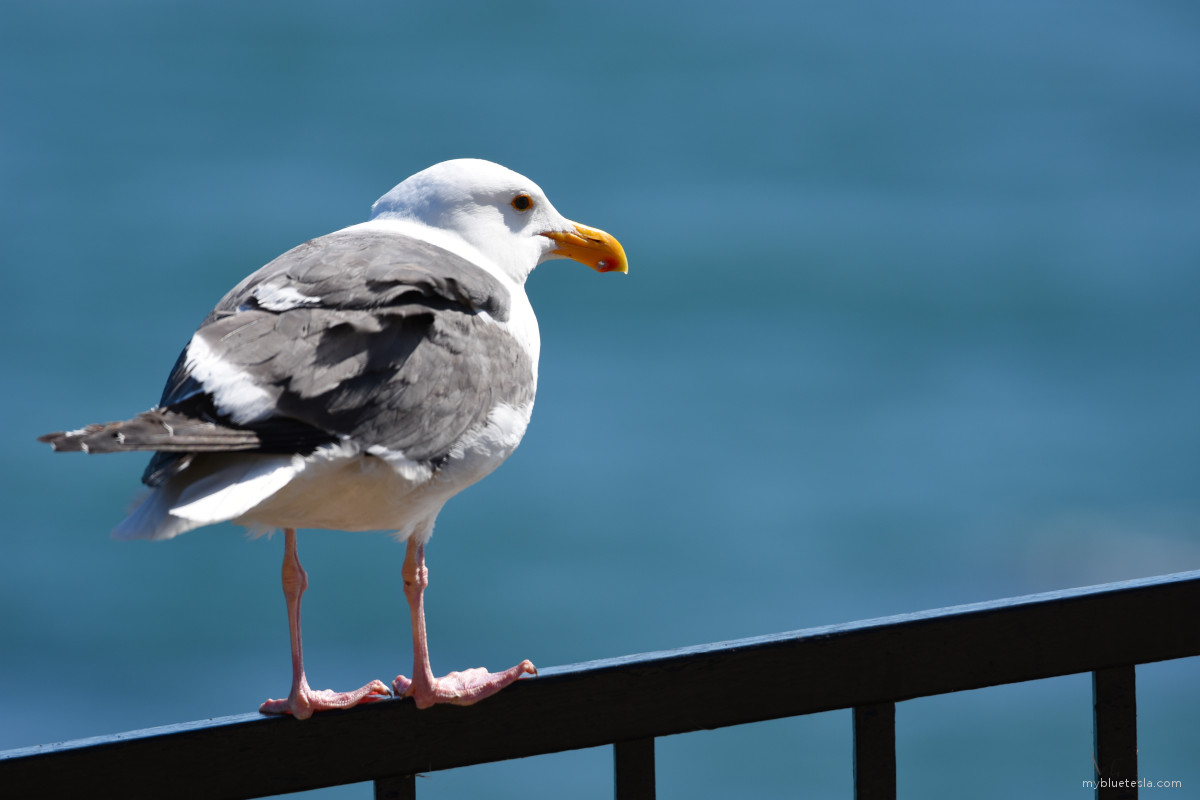 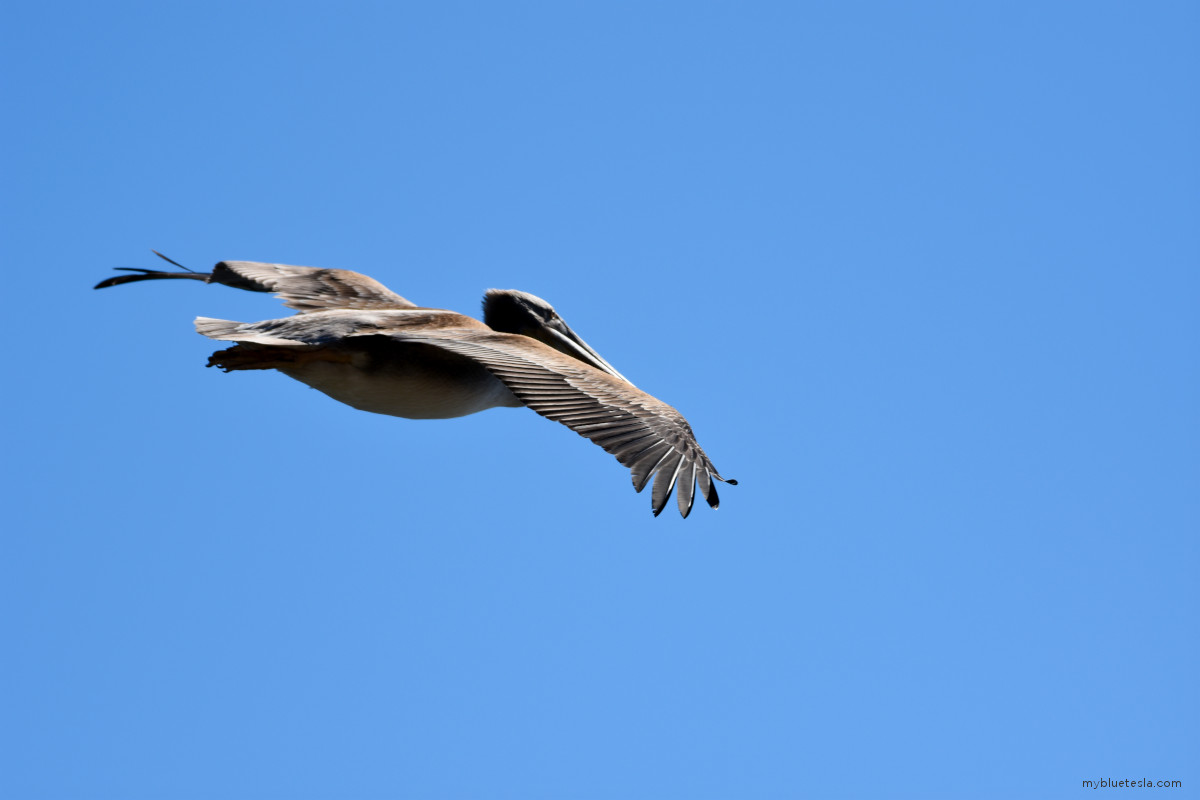 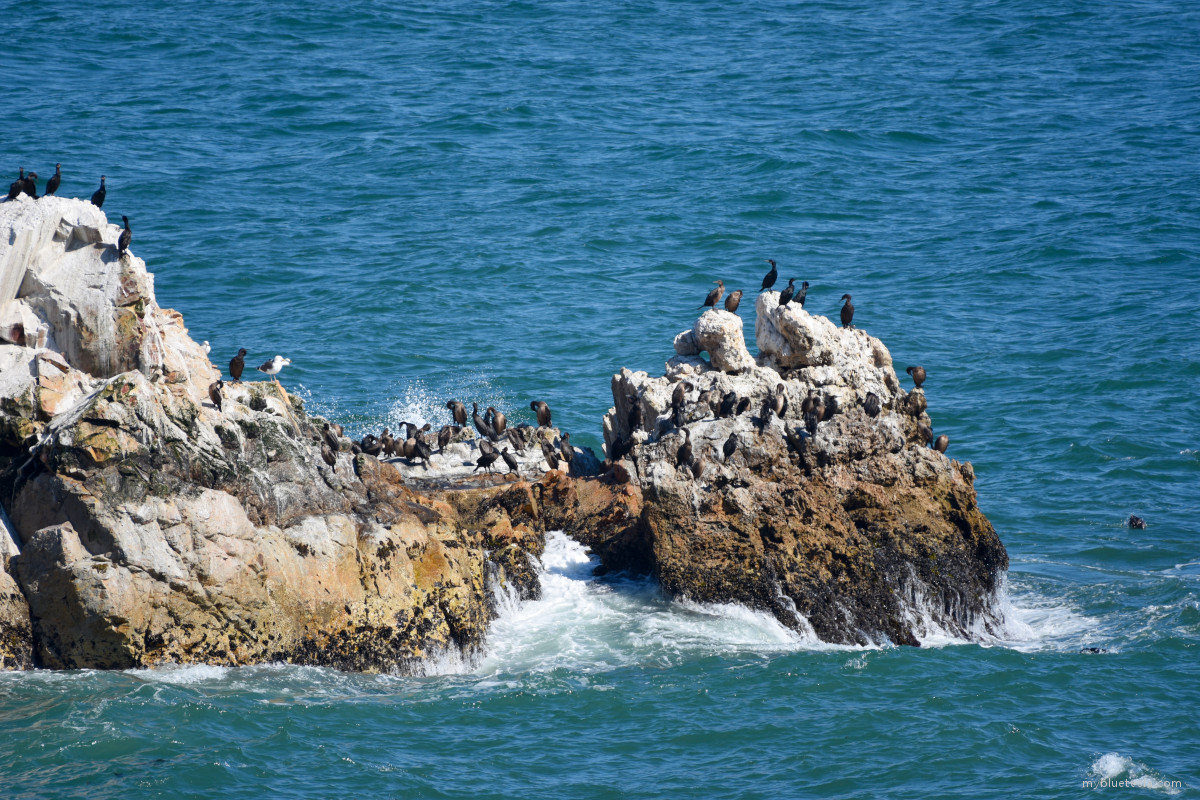 The Steaming Bean is right down the street. 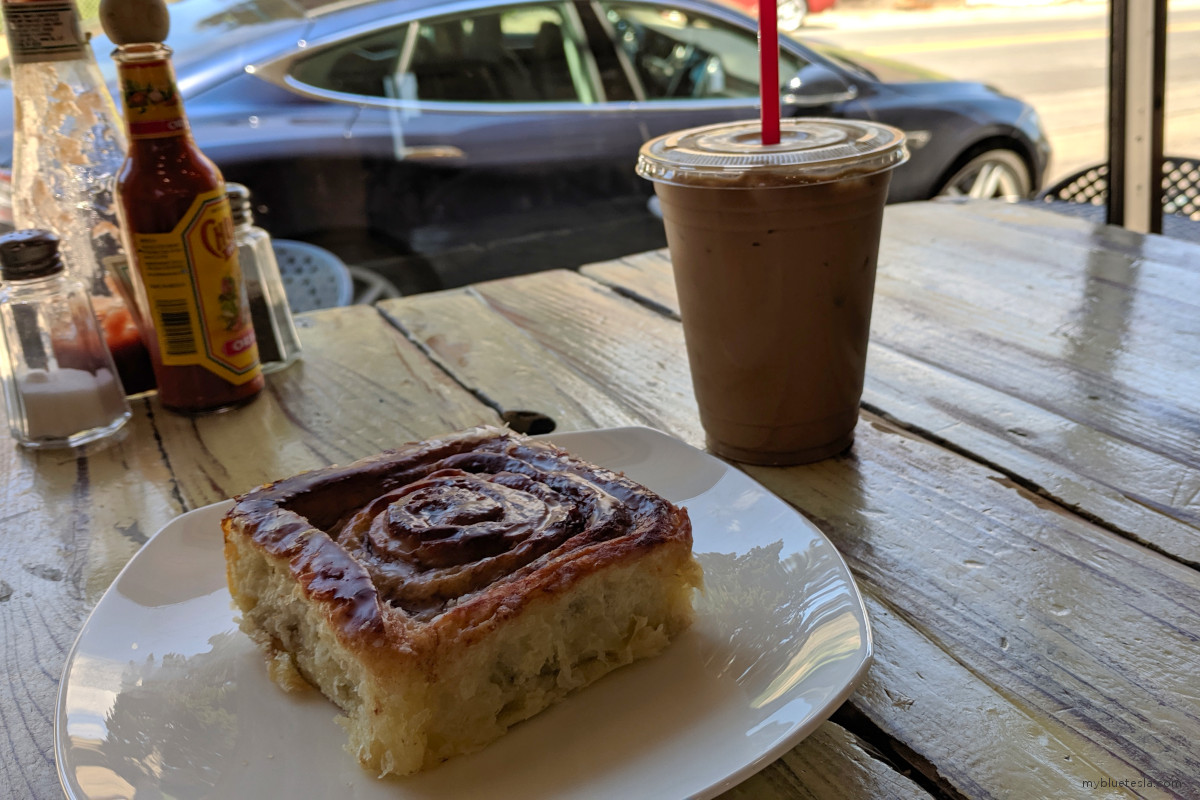 There are two charging spots at the hotel, one with a Tesla Wall Connector and the other a typical Clipper Creek. Another Model X owner arrived just after me so they got stuck with the Clipper Creek. When I got back from dinner, they had the Tesla connector. Not an issue since the Clipper Creek puts out 8 kW - plenty sufficient for overnight charging. There was also a P85+ owner staying at the property when I was here. 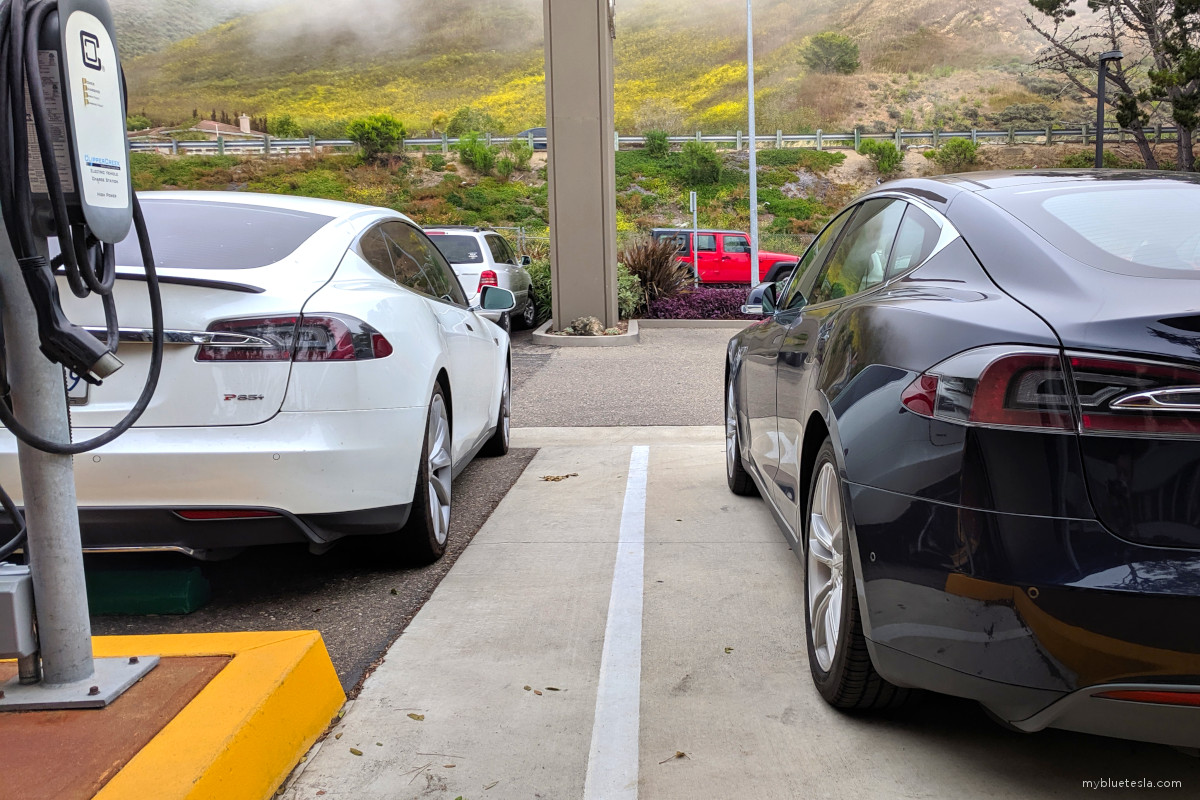 The final leg of the journey back home wrapped up with a view of the Pacific Ocean as I traveled from Pismo Beach to Monterey along Highway 1, and then back onto 101 North towards the SF Bay Area. 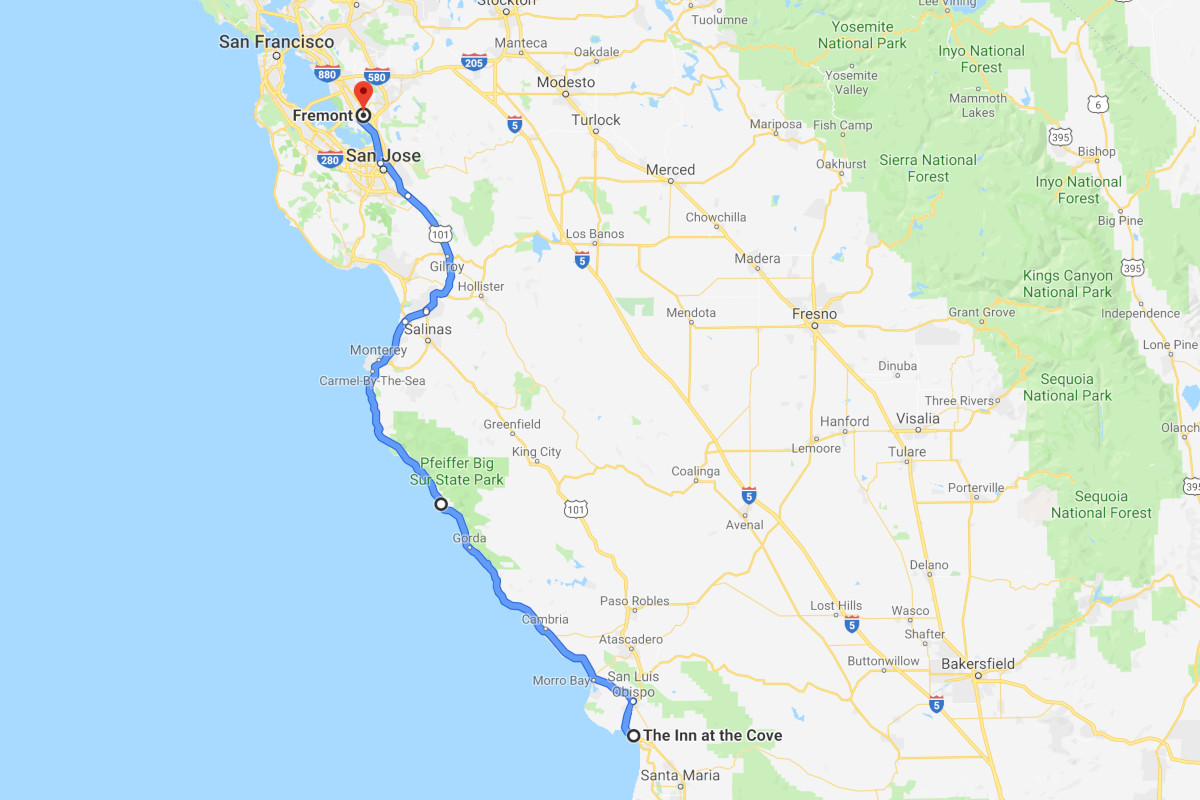 The Pacific Coast Highway offers an amazing (and twisty) scenic view right at the edge of the ocean which takes some hours to traverse. This was a drive that I never had the chance to take until now. It can be also terrifying when considering that one wrong move leads you straight down to the water. Autopilot is not recommended for this, at least for those with V1 hardware. Remember all the Tesla marketing about "low center of gravity due to the battery skateboard at the bottom?" Here's where you get to put it to the test. 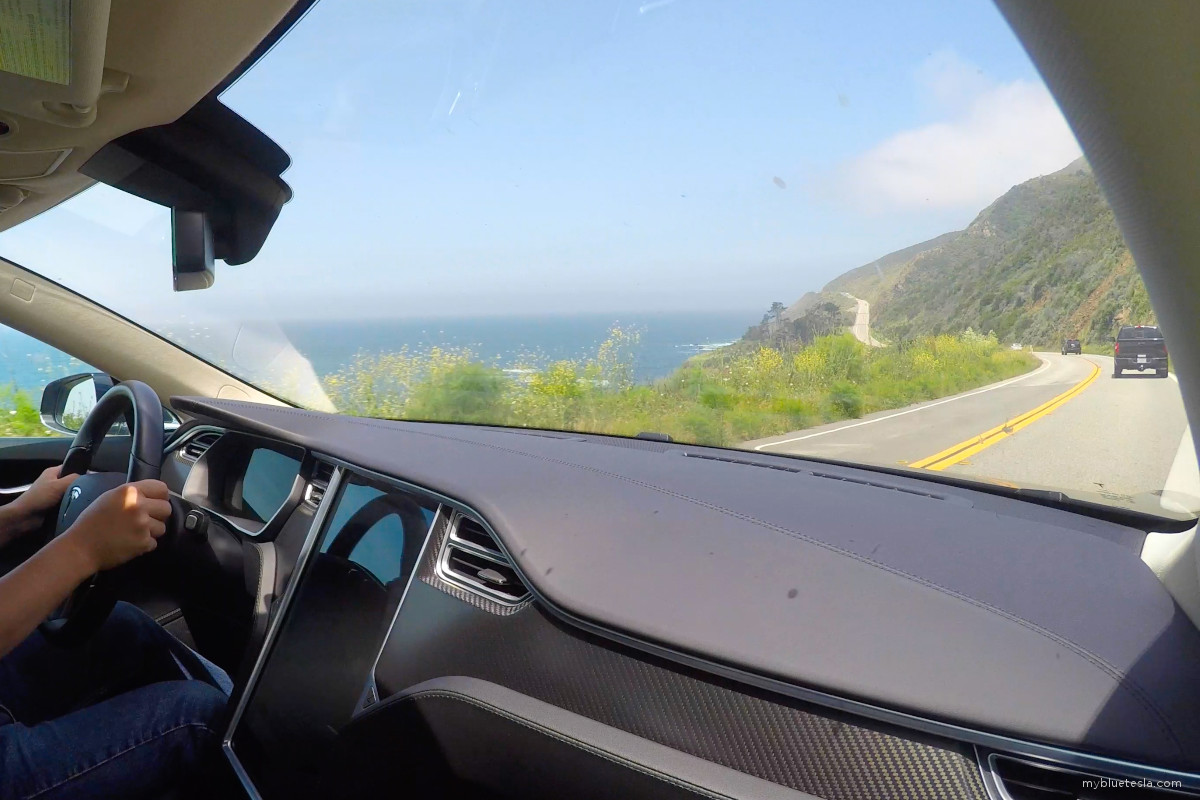 I eventually arrived at Carmel, passed through Monterey, and stopped by the Seaside Tesla store for one last Supercharge. 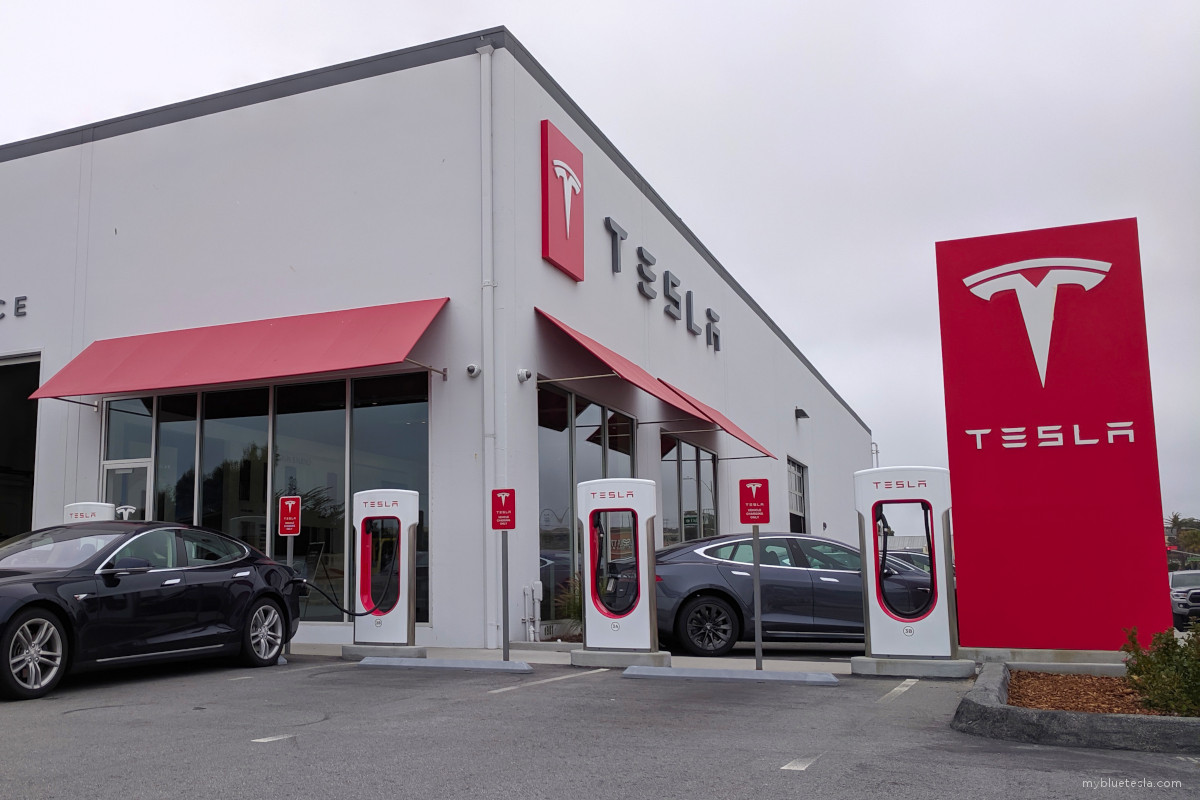 I triumphantly arrived in Fremont an hour and a half later and watched the car auto-open the garage door. The odometer read 107,076. After thousands of miles, the trip was finally over.

The road trip encompassed a long trek starting from the city where my Tesla was built and out past the Rocky Mountains to the edge of the American Midwest, a run through the lower central states, back westward along the Mexico border, and finally up the Pacific coastline along the glistening ocean. A total of nearly 5000 miles from beginning to end.

The benefits of a trip like this for me is being able to get a glimpse of what life is like outside of my comfort zone, sample local cuisines (to a small extent), experience hotel properties of different styles, and most of all witness the majestic view of the Great American Road. It also tests the long-range travel capabilities of an electric car with a proper charging infrastructure designed to accommodate such a trip end-to-end. This 2+ week effort proved to me that it's easily achievable with the kind of destinations I'd typically choose.

The complete list of Superchargers that I stopped at:

In 2.4 weeks time, I covered 4,982 miles over 9 states (almost all of it Autopilot-driven), stopped at 27 Superchargers, took advantage of 12 destination chargers, totaled $0 in fuel costs, spent about 80 - 90 hours in the driver's seat, and saw much of the Great American Landscape at the ground level. And enjoyed a lot of good barbecue. 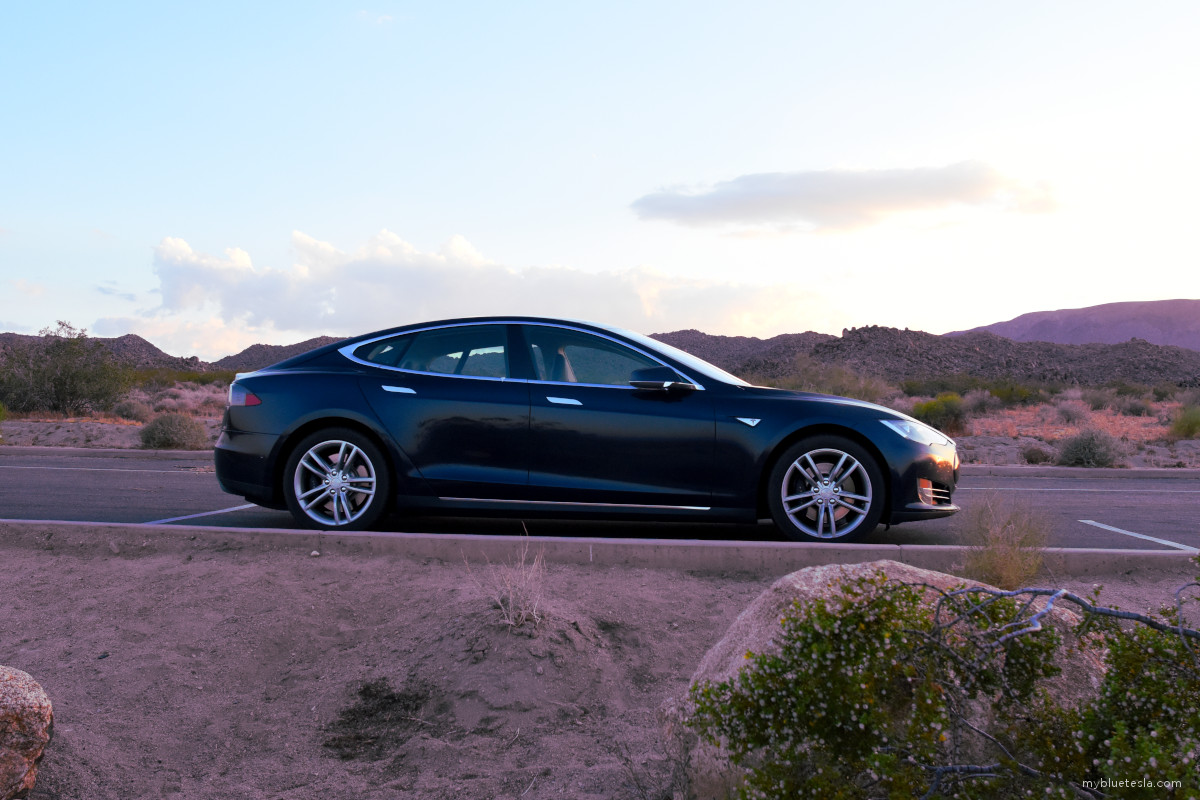 It was a rare adventure that I never had the opportunity to partake in until now and have never drove so many miles in so short a time. To see parts of the country and the unique feel of each as I crossed state lines was visually and emotionally amazing. In the end, I'm grateful to have been able to make the trip in a Model S that operated a smooth, serene ride with almost no hassle while I simply pointed the car to wherever the navigation system told me to go. Autopilot, even with its minor flaws, was still a fantastic co-pilot and relieved a ton of stress along the way allowing me to immerse in the exploration that much more, awing at the natural beauty beyond the windows.