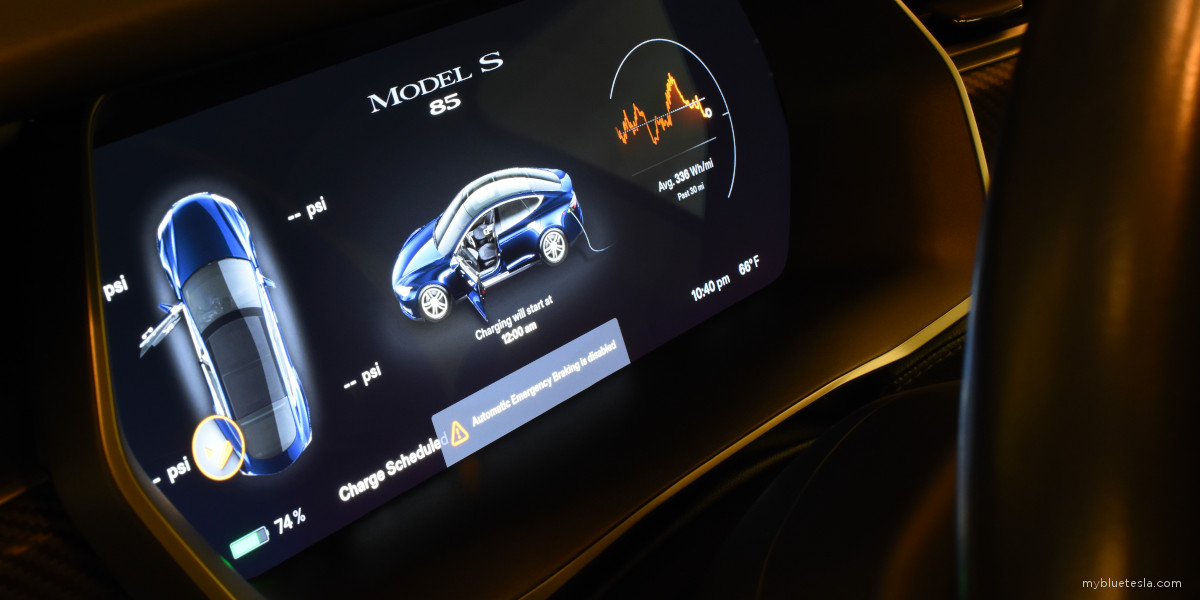 Received a software update notice today on the phone app and immediately began the install - a bright spot to the day's mundane routine. Ever since upgrading to MCU2 the number of incremental updates have been significantly more than with the older MCU. I am pleased.

Right after I upgraded to 2022.16.2 during my first rollout out of the garage I got a "Automatic Emergency Braking is disabled" and "Power braking assist reduced" alert: 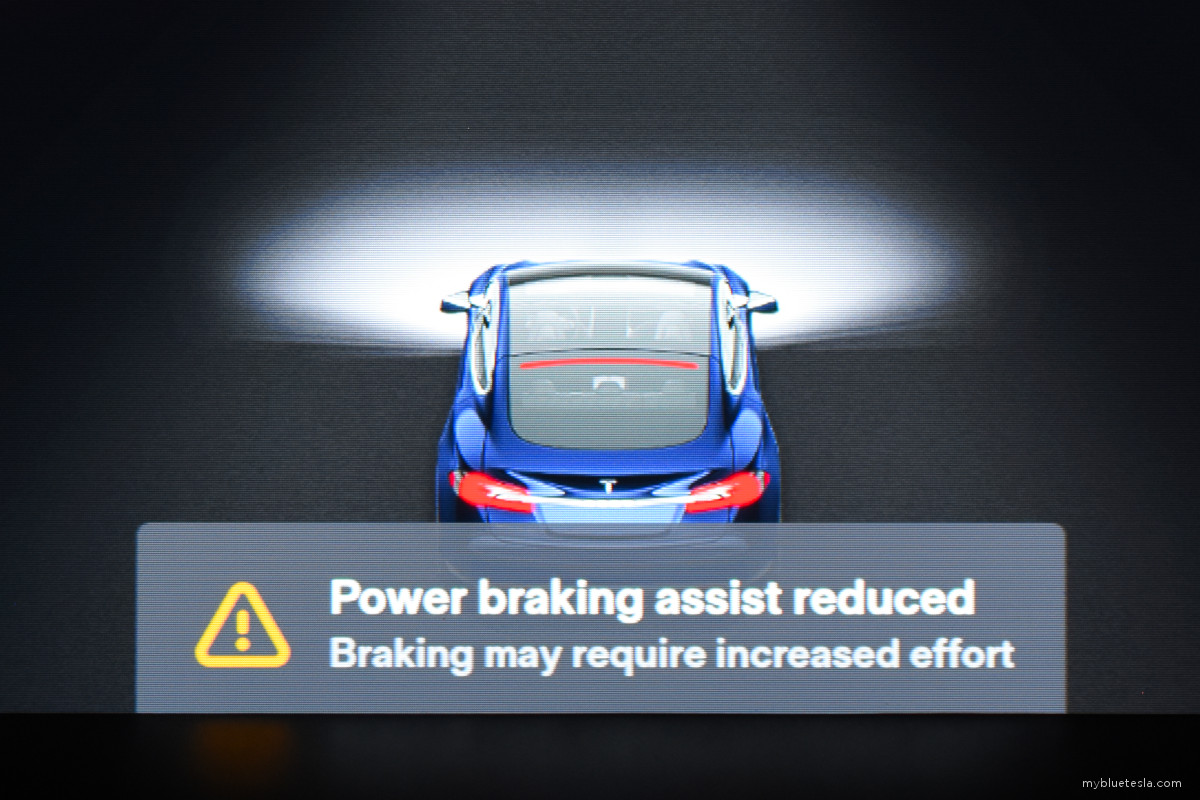 Annoying. But I can live without power braking assist for a while since the vast majority of my deceleration tends to be regen but I also realized a short while later that Vehicle Hold was no longer available either. I guess I'll deal with that too. With reluctance.

But later while on the freeway I noticed Autosteer wasn't available at which point I realized cruise control can't be engaged either. In other words, Autopilot is not functional right now. Makes sense since automatic emergency braking is sort of tied into it. 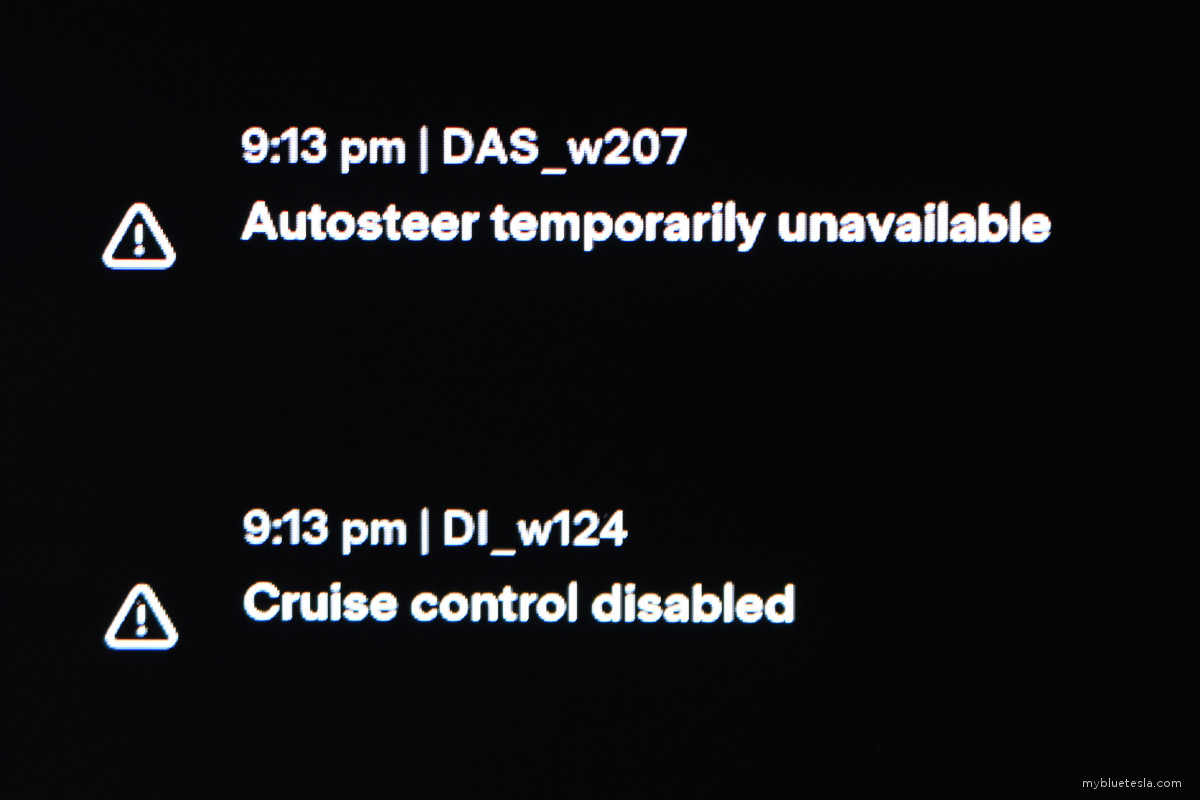 This means without cruise control even first-gen, pre-Autopilot Model S is more capable. It feels like I'm back in the 20th century.

There's a list of errors I can bring up on the screen and considering this only happened right after I upgraded to this new software version I have to sort of wonder ... did they even QA for my old vehicle hardware? Or maybe this is indeed a mechanical problem that just coincidentally happened to occur immediately after a seemingly harmless software update? The release notes didn't mention anything about making my vintage Model S suck even more.

Just last weekend I replaced the mass airflow sensor on my old car and reminded myself how convenient it is not having to deal with this crap with Big Blue because I drive an electric car with less moving parts and better reliability and living in the future and blah blah blah. I'm living the dream, supposedly.

Yeah, thanks Elon. Perhaps 2022.16.2 contains an undocumented time bomb code which subliminally "encourages" ordering a new Model Y (because 4680s yo!) by making my old-and-busted feel too troublesome to keep around.

Nope. Ain't doing it, Elon. I'm calling Service. And yes, I rebooted the MCU as a sanity check.

Last night I scheduled a service appointment using the phone app. In the drop-down menu where I'd choose the type of service I required there was an item for Recent Alerts which already had "Automatic Emergency Braking is disabled" as an option. This is a nice proactive app feature that I haven't noticed before. It's almost as if they were reading my mind when I signed into the app! 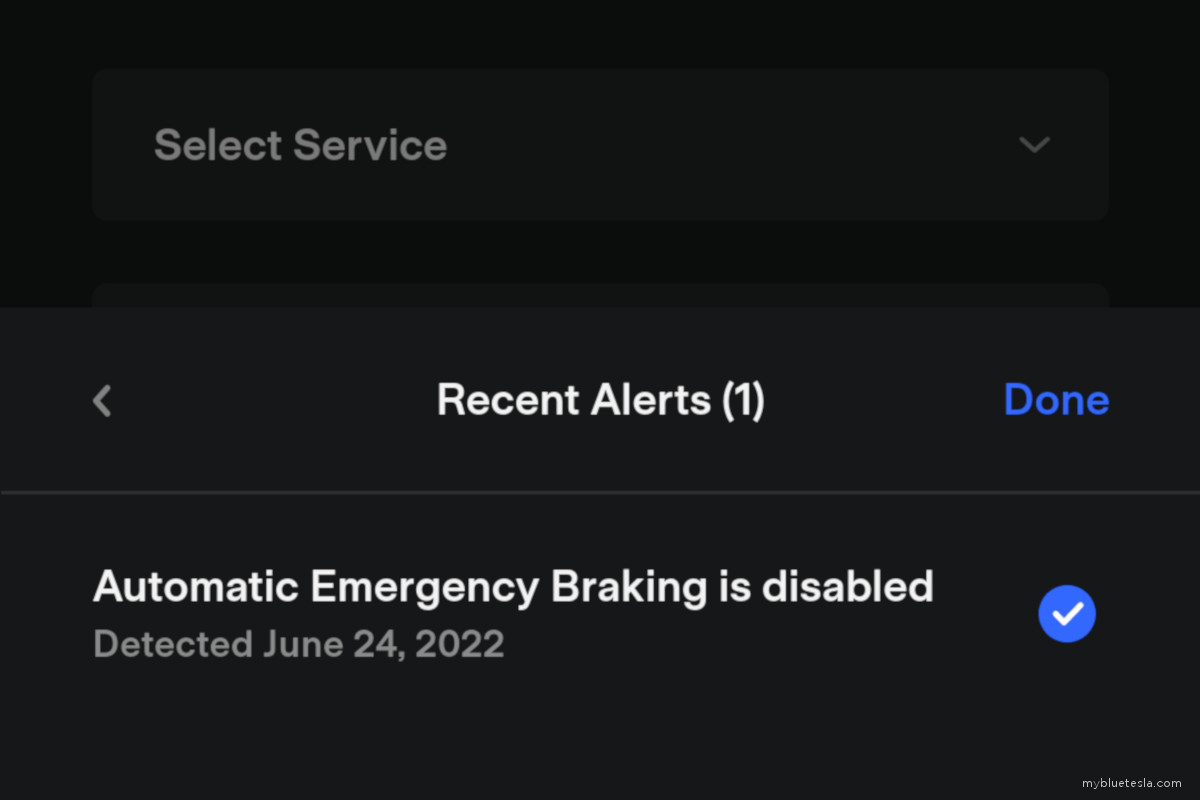 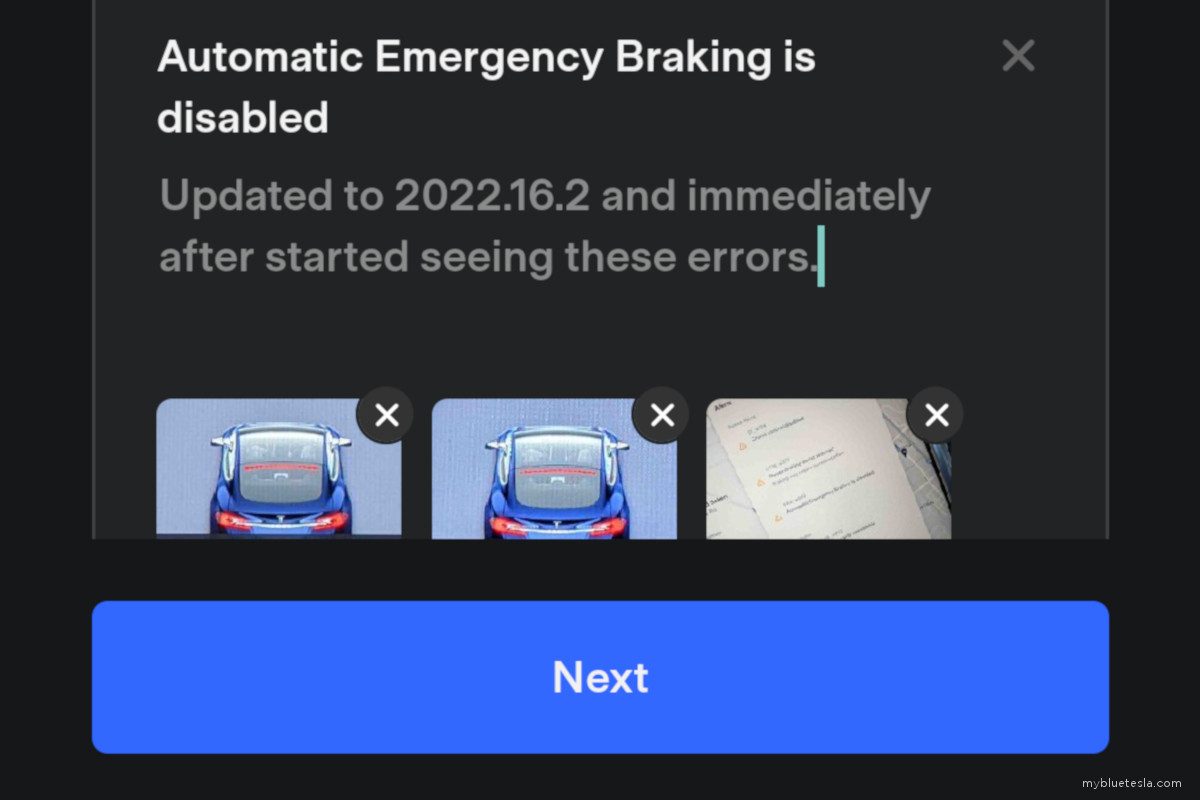 While running errands today I plugged in at an L2 charger for a bit and shortly after as I began driving I noticed that the previous error was no longer visible in the instrument cluster. Vehicle Hold was finally available. Then on the freeway I was able to engage Autopilot as I had before.

I checked the app and it's not like the Service Center had replied or given any indication that they pressed some magical reset button behind the scenes. The service appointment is still scheduled so I'm going to wait another few days to see if the alert returns. If not, I'll cancel the appointment. Perhaps this was a weird mechanical glitch which eventually self-corrected and went under the alarm threshold, causing the alert to resolve itself.