For a couple of years I've been living with a mostly-functional rear tail lamp (passenger side) that has experienced water intrusion, eventually leading to a few individual LEDs going dark on the bottom stripe. I wrote about this over 2 years ago and have put up with it since I was already out of warranty. I finally decided enough was enough and picked up a replacement to see if I can fix this myself. My schedule won't permit attempting the swap until sometime in June at the earliest, but at least I have the parts handy.

This is part number 6005924-00-E, $230 plus sales tax. Not sure if the exact same part applies to the newer Model S variant with the refreshed fascia. 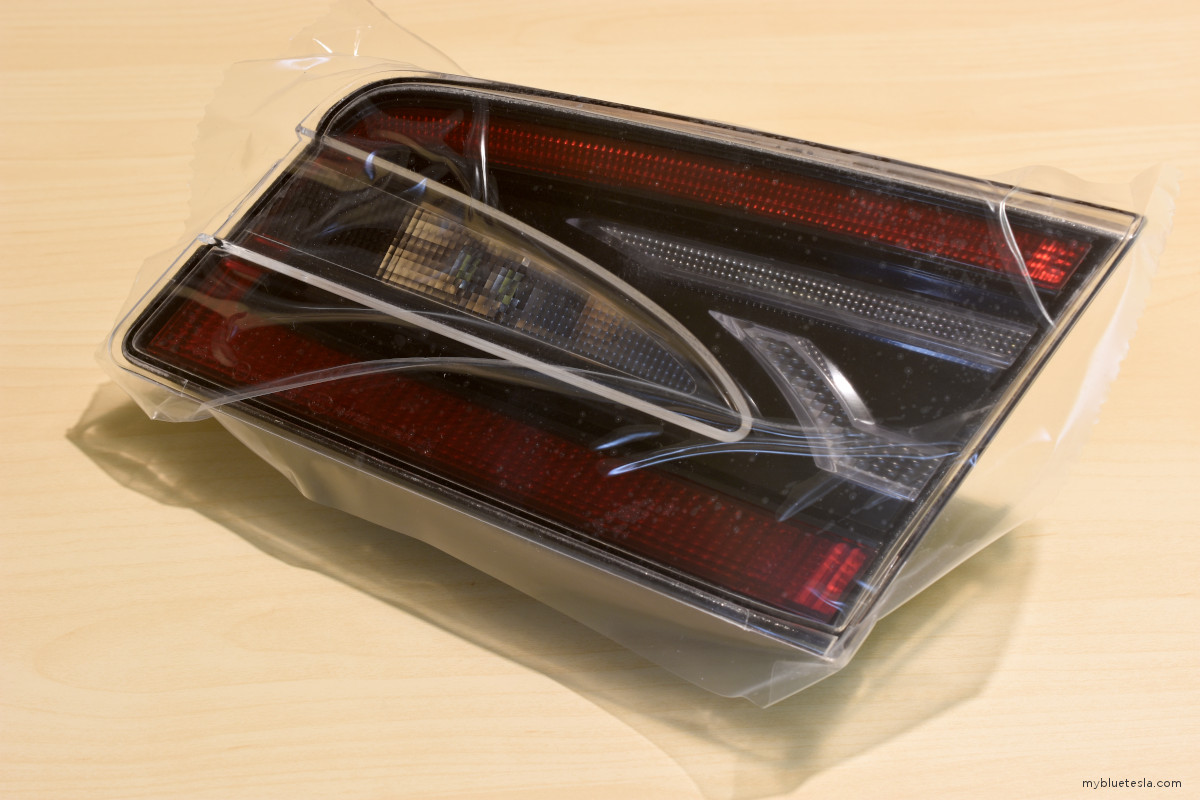 Some months ago one the guys at the Fremont Service Center claimed that the seal design has been improved to mitigate the known water intrusion problem. Only time will tell. Seems a great number of other Model S owners have had to deal with this annoyance over the years. 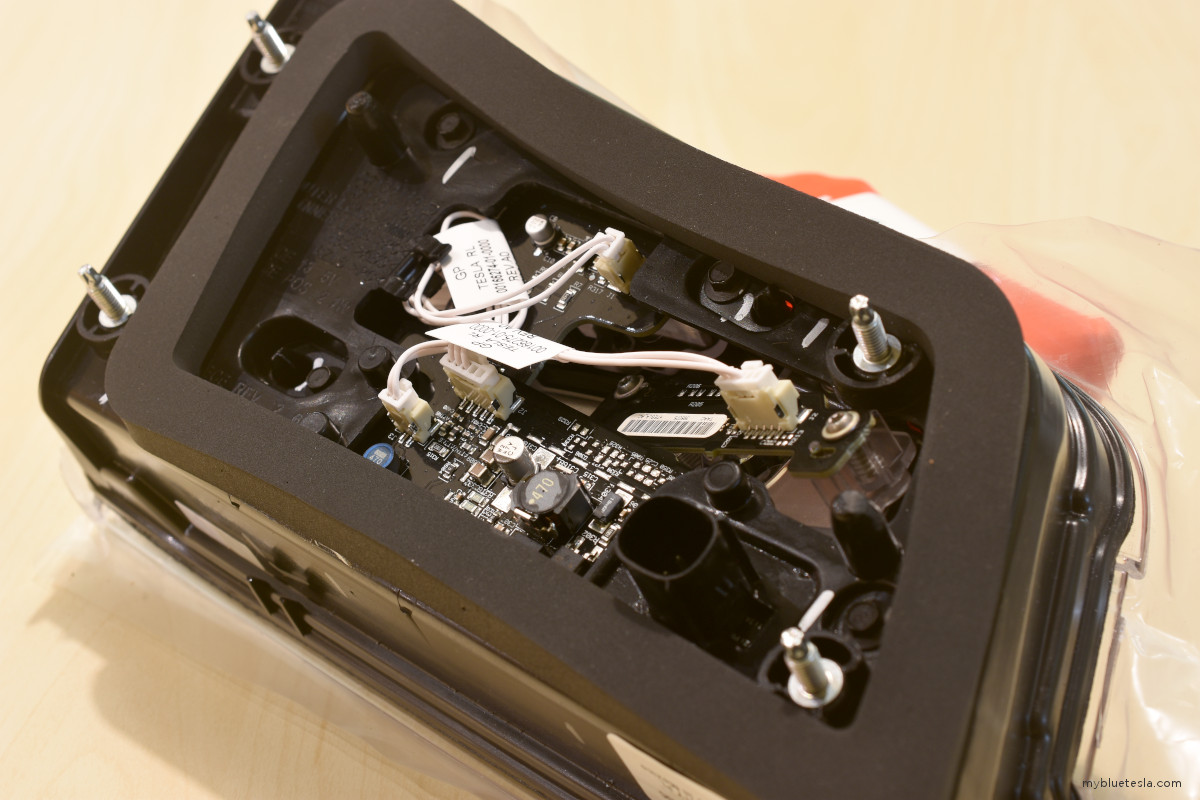 It looks like each of these has its own serial number. I'm assuming "1/3/2019" is the manufacture date. 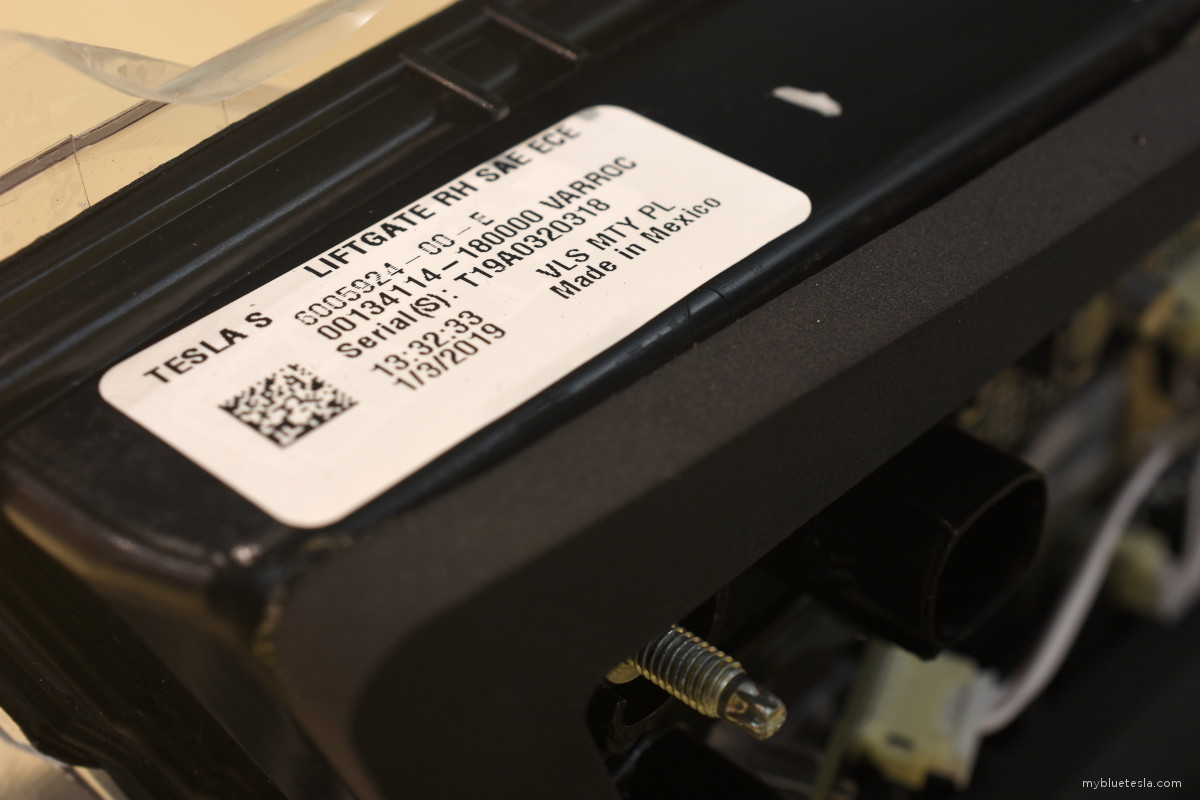 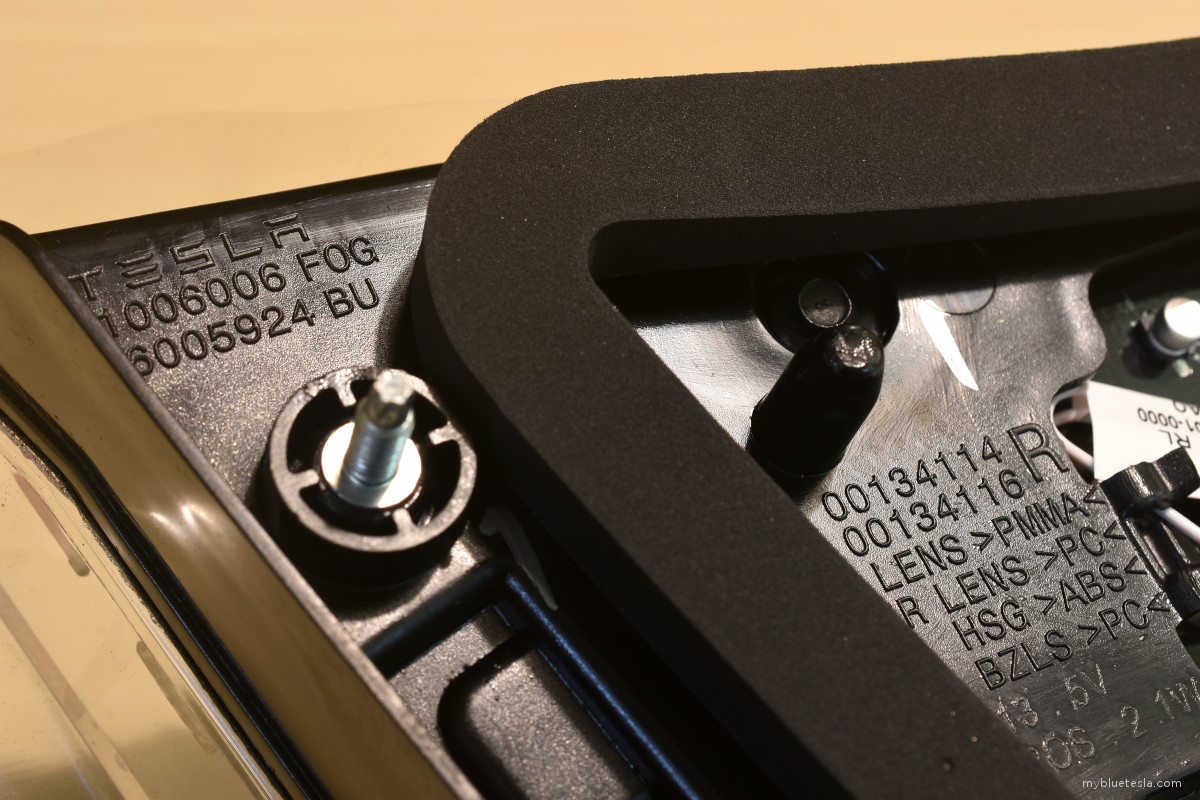 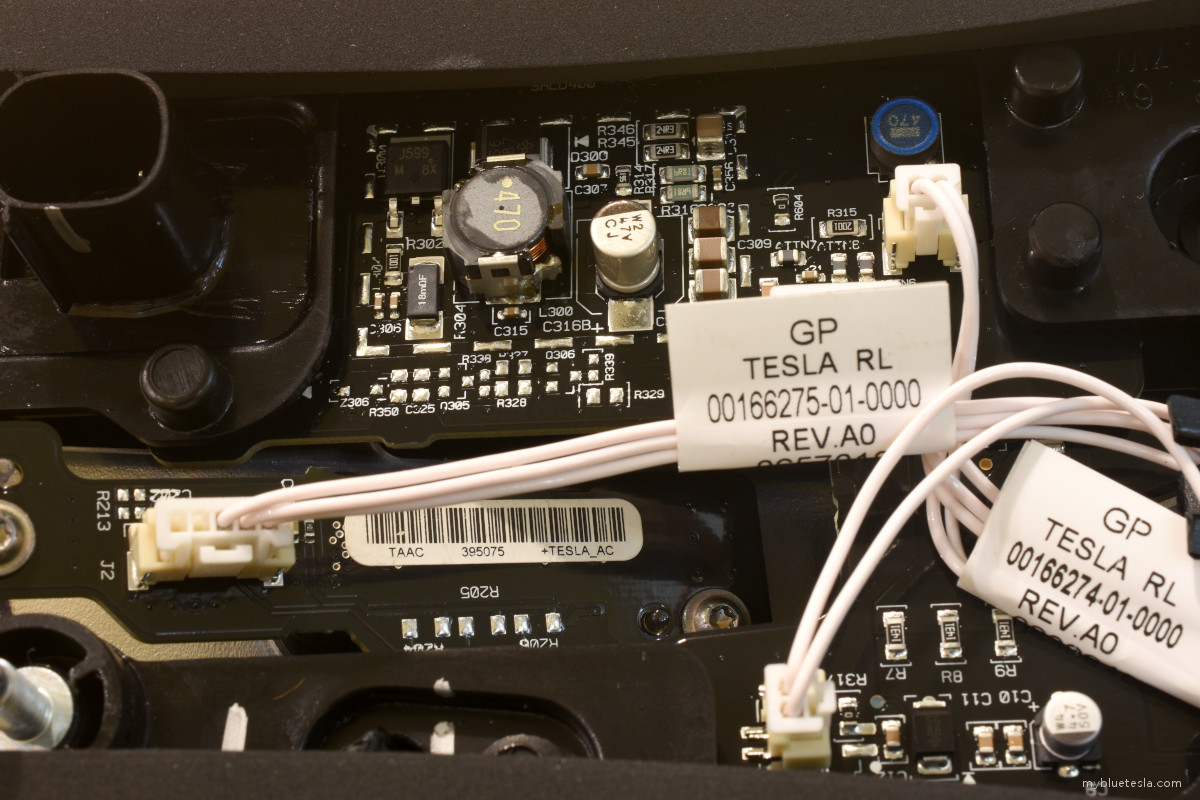 When I consulted the Service Center a few months ago, it was recommended that I pick up a rear appliqué as well in case I break the existing one during the tail lamp assembly replacement. It comes wrapped in blue tape for protection. $120 for a shiny chrome strip with raised Tesla lettering (part number 1026649-00-E). The cost is justified because it's zero emissions and probably filled with Green Energy. 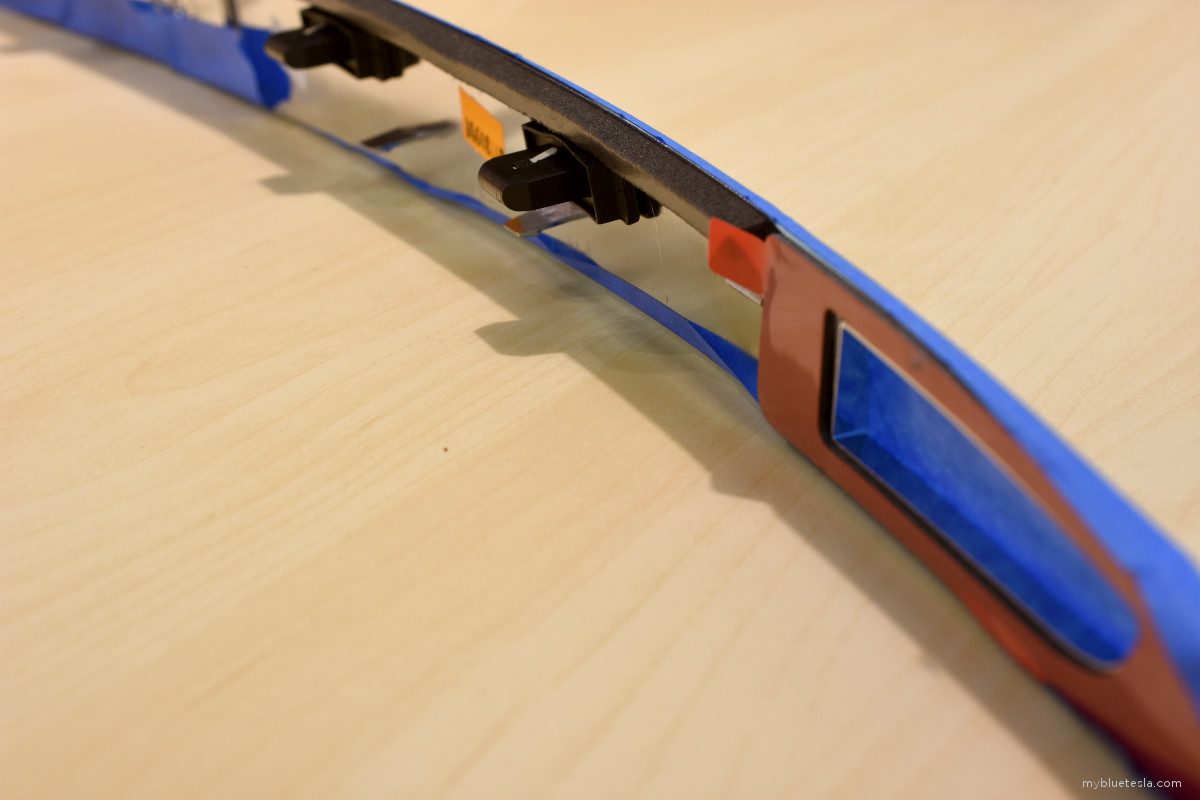 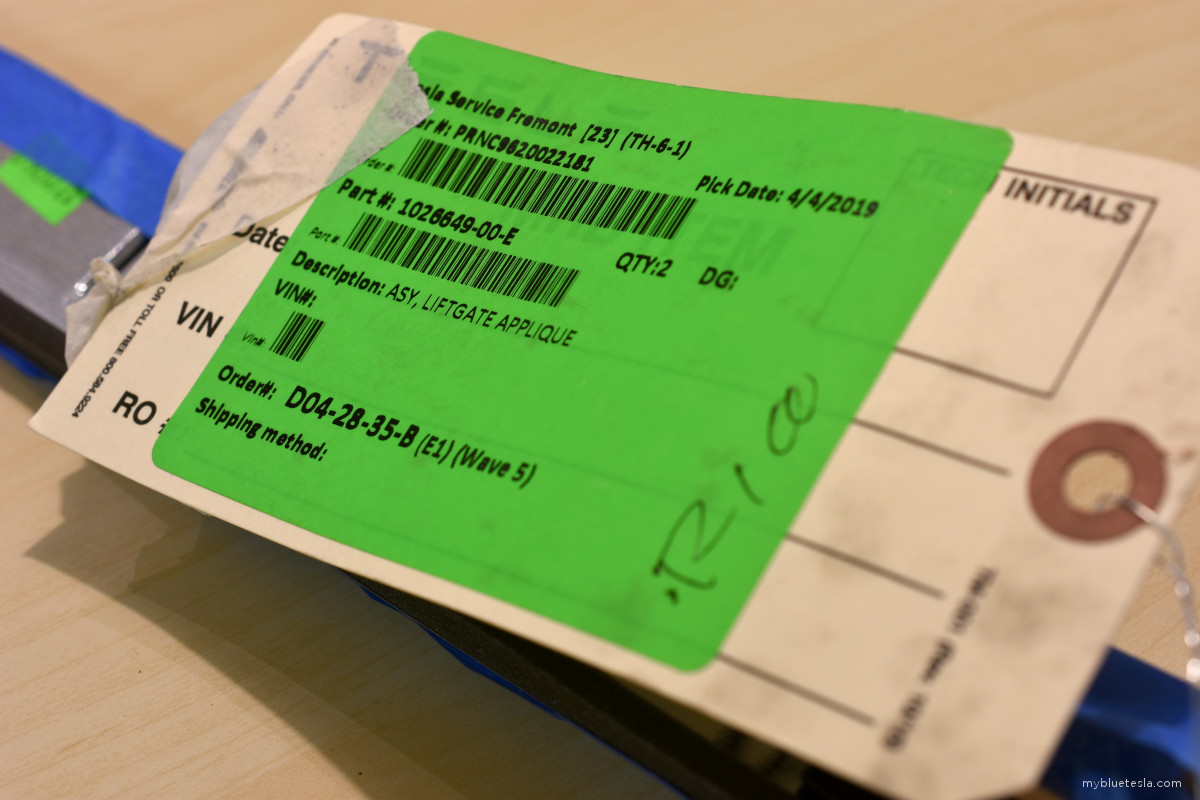 I haven't come across many repair tutorials on the lamp replacement, but here's one: http://www.teslazoom.com/tail_light.htm. Seems relatively straight-forward.

A brief explanation of the procedure on Hamdi Ben Miled's YouTube channel: