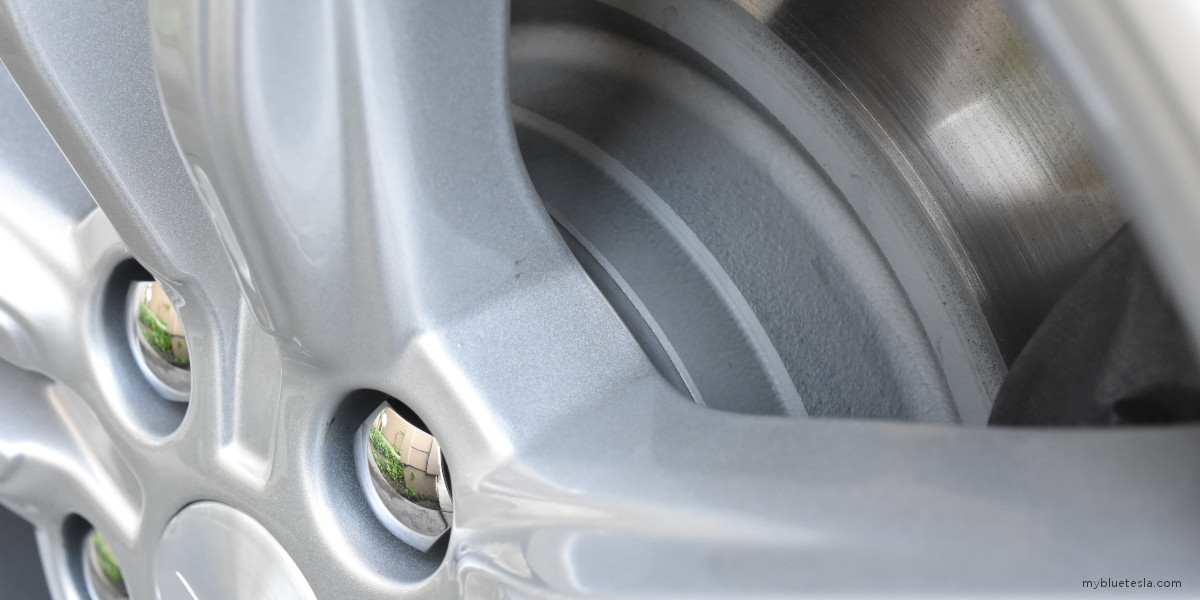 So I took the car to the Fremont Service Center last Friday for the apparent brake-shuddering that occurs when I decelerate between 30 and 20 mph. After a technician confirmed the symptom, we re-scheduled a follow-up appointment for yesterday (since they couldn't further look into the issue for a few days). I got the impression this was likely a problem that could be resolved in a few hours and I could just hang out at the Service Center and do some office work remotely when I brought the car back in.

Of course, nothing ever goes as optimistically-planned so I was given an Uber voucher for a ride home after I dropped my car off. After some additional diagnosis it was determined that one of the struts had a leak and the front rotors and pads were worn enough to warrant a new set. We all knew that was coming. It is inevitable. The credit card utilization is getting heavy.

The total bill including parts, labor, and taxes came out to $1,989.81. Say the Brembo name and hear that cha-ching in the background. At least I got the airbag recall taken care of at the same time. 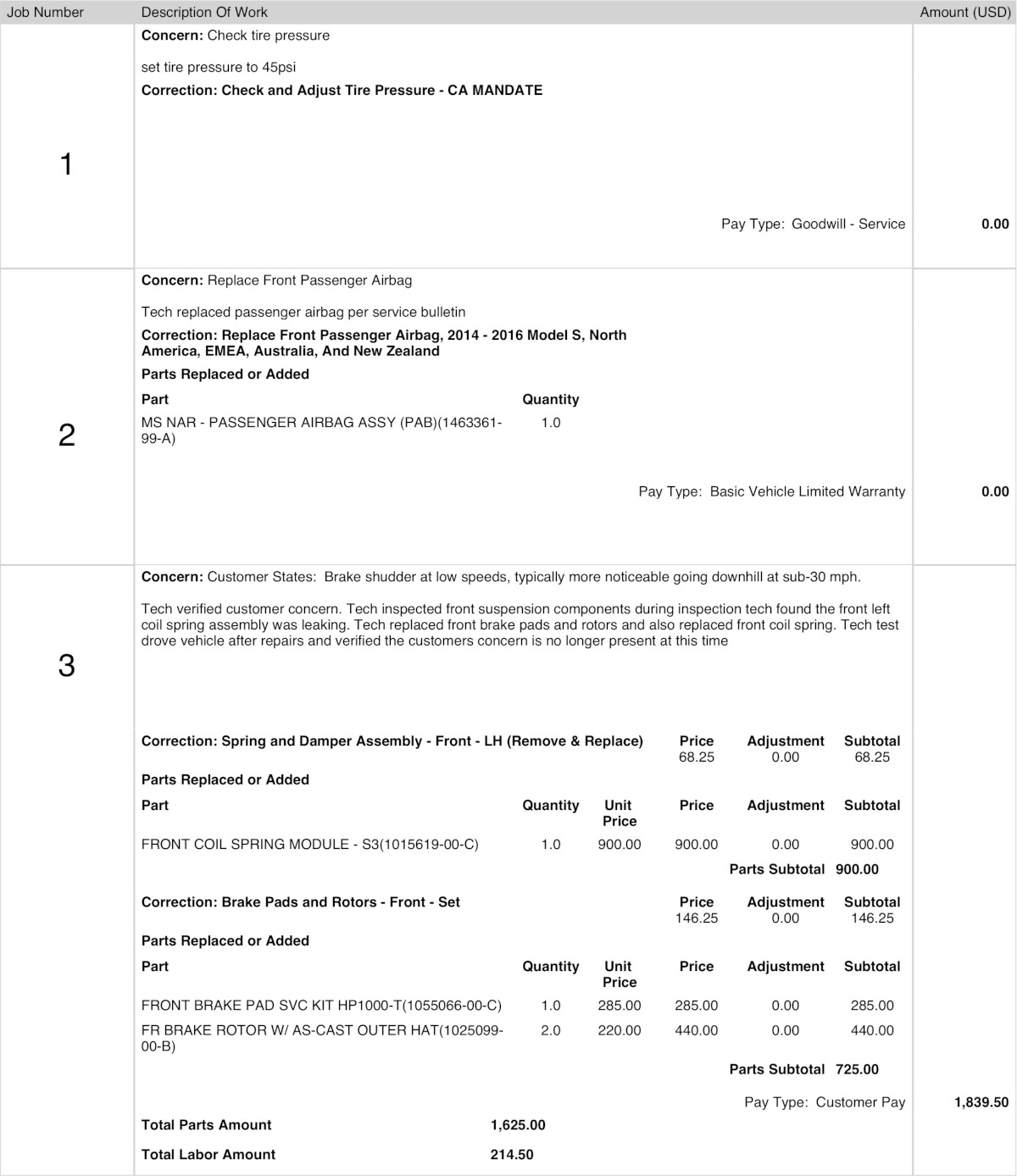 I guess after 117,800 miles the rotors would have some decent wear, but I was hoping with my heavy dependency on regen-braking that I could keep the original rotors going past 200k. Wishful thinking, perhaps. That said, when Autopilot was first enabled via software update back almost five years ago the early experience didn't translate to super-smooth speed management, and during the various Autopilot software revisions it would often brake a bit aggressively, being a bit "grabby" on the rotors at times. Maybe this contributed to accelerated wear compared to what I was hoping for.

The new rotors came with the gray coating on the hats that have been standard on the newer Teslas (a Google search seems to indicate it may be GEOMET 360 or something similar). Hopefully this means I won't need to apply some of that Würth SBS Brake Treatment every year to keep that factory-fresh look. Unfortunately my rear rotors are the originals and they're due for a once-over spraying for a crisp finish.

As for the service experience, I thought it went well overall. I've never had problems with the Fremont Service Center although I'm sure service quality varies from place to place based on the horror stories I've read.

Oh yeah, I also had a chance to see the inside of the Service Center where the technicians work on cars. I didn't take any photos, of course, but I had forgotten my house keys in the car and they allowed me to follow a tech to get them. It was quite cool to see the shelves of parts and various areas where vehicles were being serviced.

But the car drives like new again. There seems to be less bumpiness in the ride and certainly smoother braking. I've gotten used to the subtly-increasing harshness over the years as parts wore down and it's nice to reclaim past glory with a more refined feel.