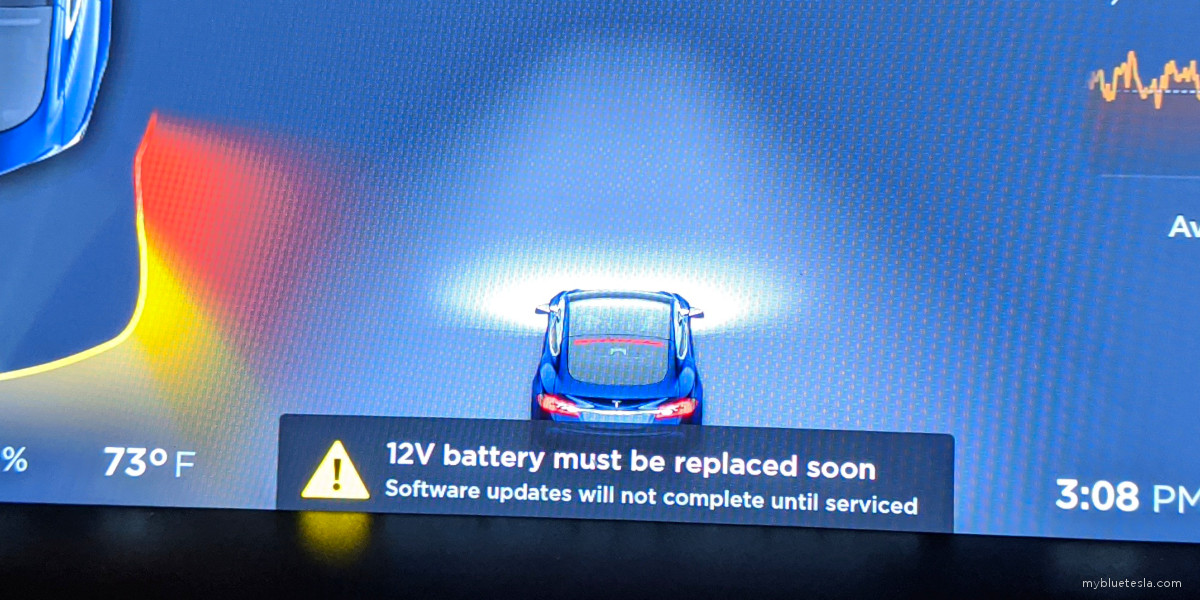 Just last night the app showed that a software update was available and I'd just need to connect the car to my home network and pull down the shiny upgrade.

But alas as soon as I got in the car today the "12V battery must be replaced soon" warning appeared. In addition it mentioned, "Software updates will not complete until serviced." Welcome to the 21st century where the Check Engine Light means the 12V battery is holding software updates hostage. It’s almost like those printers which absolutely refuse to print a black and white document because the cyan cartridge is empty.

The car had just been released from service a week ago for the MCU upgrade and now it seems I have another expense to add to the running list.

However it should be noted that I haven’t had to deal with a 12V battery issue for almost my entire ownership in the last 6 years, although when I did experience a problem it was still at the brand-new stage with 173 miles on the odometer (which happened to be a rather catastrophic failure on the freeway).

It’s time to once again schedule a Mobile Service appointment. Didn’t someone say electric cars are something-something low-maintenance? In the app, I figured a straightforward, direct comment with brevity would be appreciated by the technician. 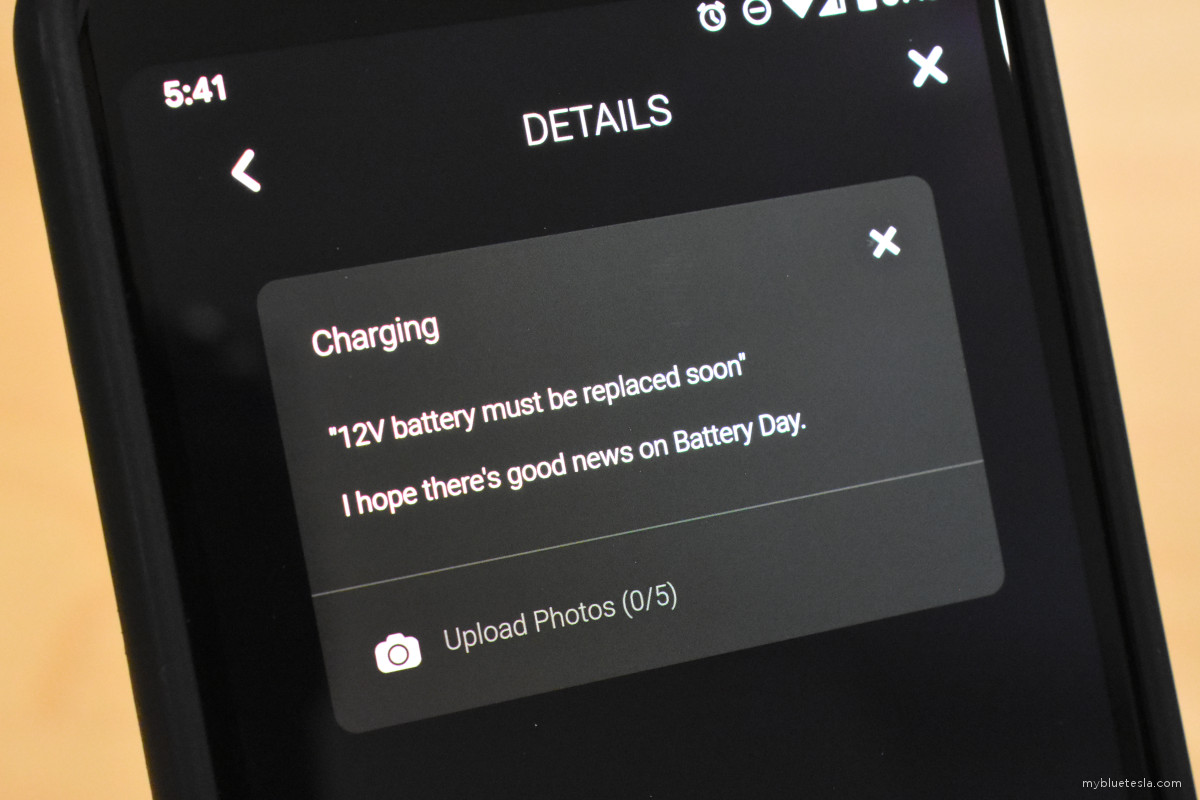 While this issue doesn't seem like failure is right around the corner, it's not far off. At least I got an appointment scheduled within a week. 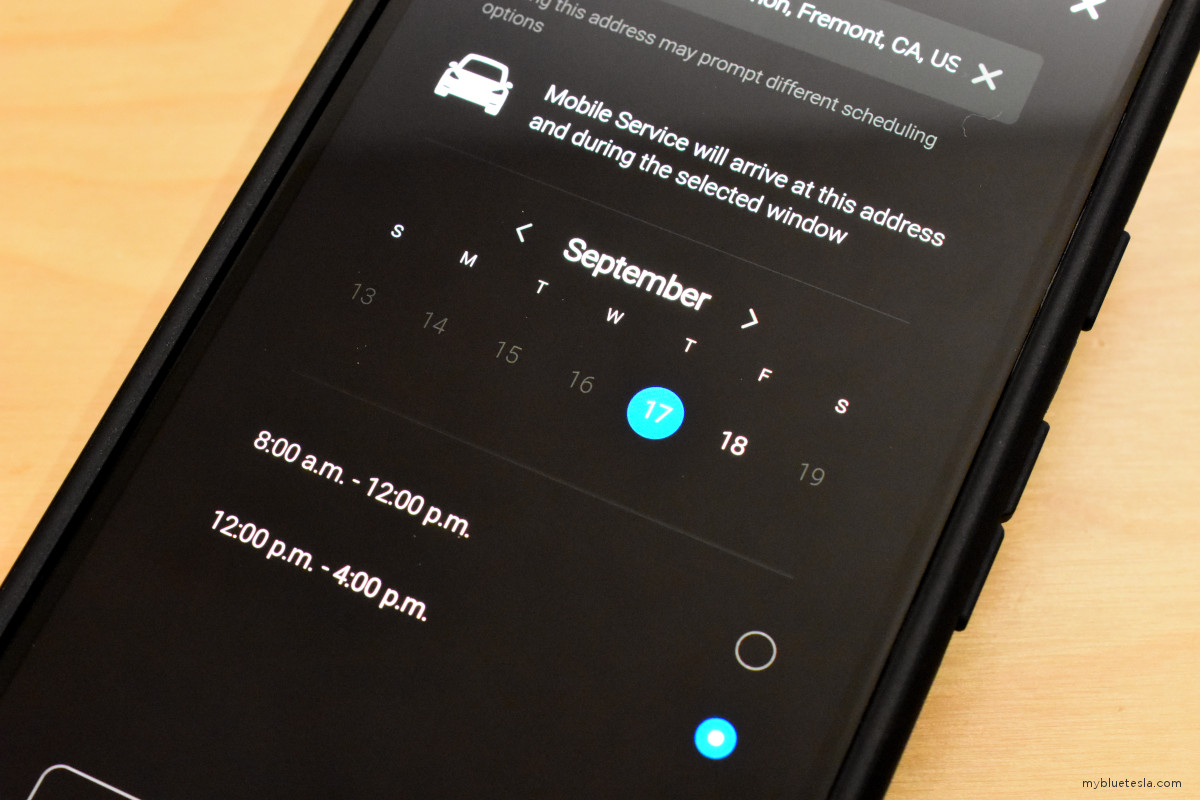 Just you wait - next week I'm sure a door handle will die. Again.

Mobile Service texted me this morning for a mid-afternoon appointment but ended up being available a bit earlier. I left the car outside my garage and the key in the cupholder right before he arrived. The battery swap took about an hour and was virtually a zero-contact event. I never met the technician except for a call when he arrived on-site and then again to notify me when the work was done and to confirm authorization to charge the credit card (using the card I have on file for my tesla.com account). The entire process was convenient since I was on a Zoom call while the work was being done. 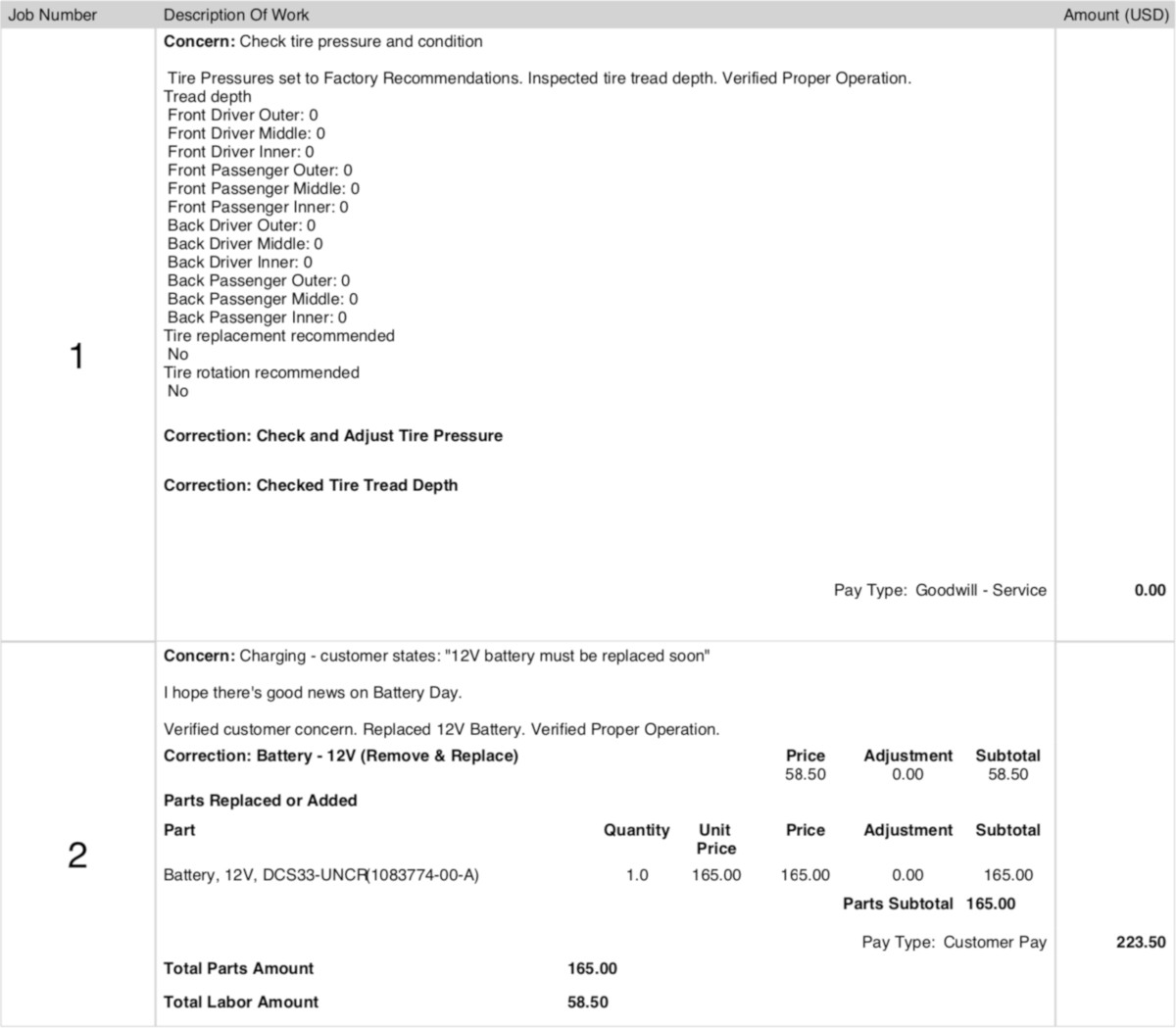 For reference, the battery part number is DCS33-UNCR (1083774-00-A). Interestingly, Elon just a few days ago tweeted about software improvements to extend the longevity of 12V batteries. While my first 12V battery failure 6 years ago was immediate and resulted in a side-of-the-freeway show stopper, at least for my second failure I got advance notice to make funeral arrangements for it.

And half an hour later I had new and improved software, although it doesn't seem like there's anything worth writing about for AP1 vehicles. At this point I'll take anything I can get.