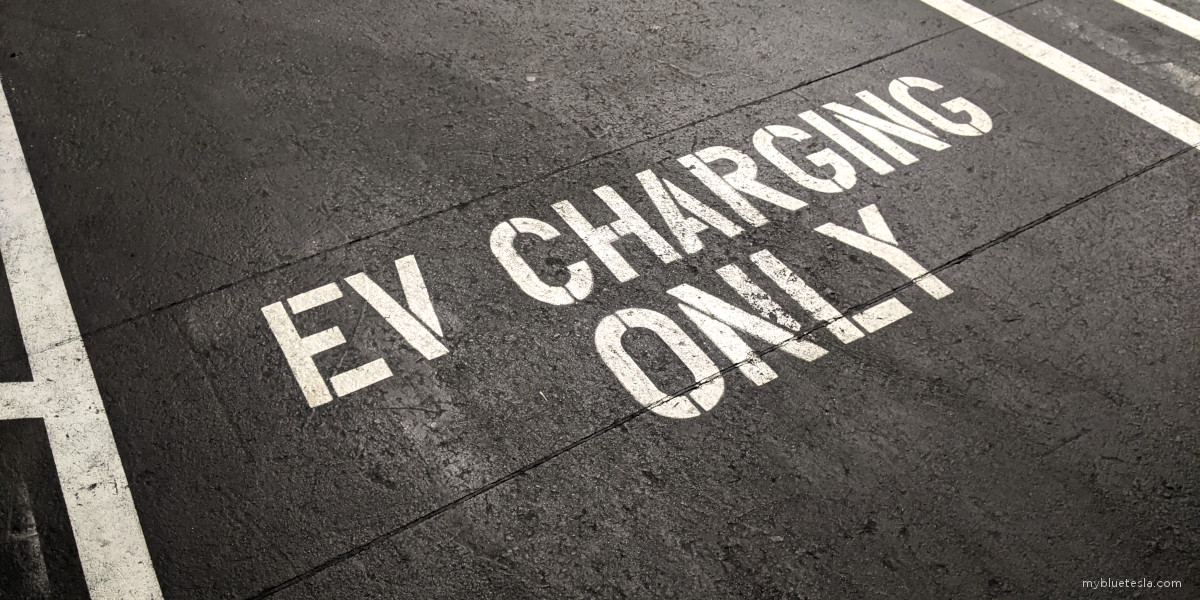 It's been exactly seven years since I confirmed my original Model S order. As a checkpoint in the ownership experience so far, I recently visited several SF Bay Area Superchargers to quantify what charging speeds I'm able to pull with the old 85 kWh pack on software version 2021.4.18.2 and over 128k miles on the odometer.

Currently (if you'll excuse the pun) the software throttles charging rates lower than original specs due to supposed longevity and pack protection concerns (look up "Batterygate"). At the following Supercharging sites:

I averaged speeds at: 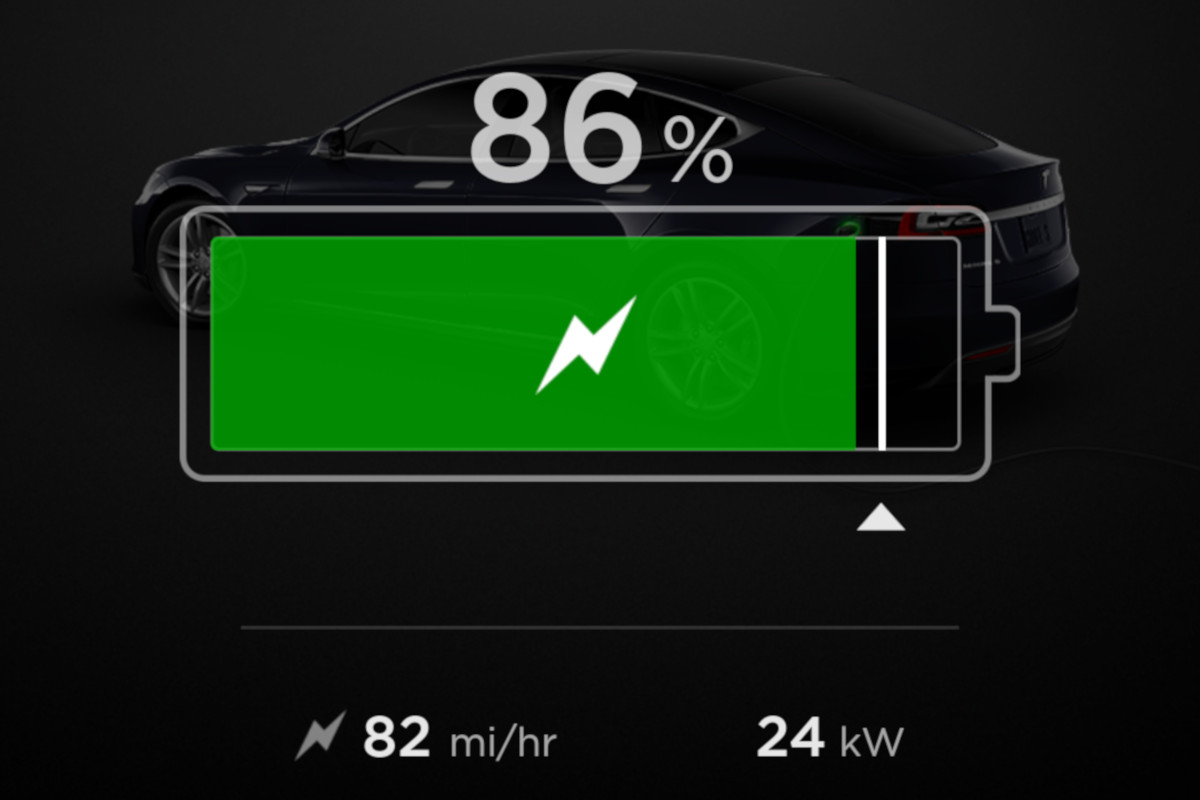 These numbers are pretty pathetic. After hitting 90% it becomes a game patience-testing and what's-the-point-of-all-this with 7 kW at 95% SoC. I was certainly getting better averages during earlier years of ownership. One quickly becomes very jealous of newer Teslas with obviously-superior charging speeds. The free lifetime Supercharging that I'm grandfathered into sort of makes up for it I guess.

It does bug me, but I'm not too overly bothered by the reduced speeds. Although a little disappointing, as a relatively early adopter I'll let it slide given the amount of emotional fulfillment I've gotten out of the ownership so far. I tend to Supercharge a lot these days so it's a matter of mentally justifying the "free" against my time utilized elsewhere as the battery is filled up (typically shopping at Target).


So that aside, other observations...

Most of my drives lately have been around the south and peninsula sides of the Bay Area and there are a lot of Teslas on the road these last few years. Plenty of Model 3s, Ys, S, and (somewhat less) X. When I was charging at the Cupertino Target (near Apple's headquarters) earlier today the car next to me was a Plaid with the special rear badge (the yoke steering wheel checks out). At this Supercharger I also noticed a lot of older generation Model S with the nosecone front which is a bit surprising considering in my immediate neighborhood I more frequently see Model S with the newer facia.

Although I've never been a huge fan of the nosecone, in the grand scheme of things it doesn't irk me as much as I'd think it would. I might get the chrome trim either wrapped in black vinyl or Plasti Dip'ed at some point. I'm due to get the vehicle re-PPFed in the next year or two anyway. I'm okay with the chrome around the windows and elsewhere but the nosecone being highlighted by that shiny trim I think detracts from the look. 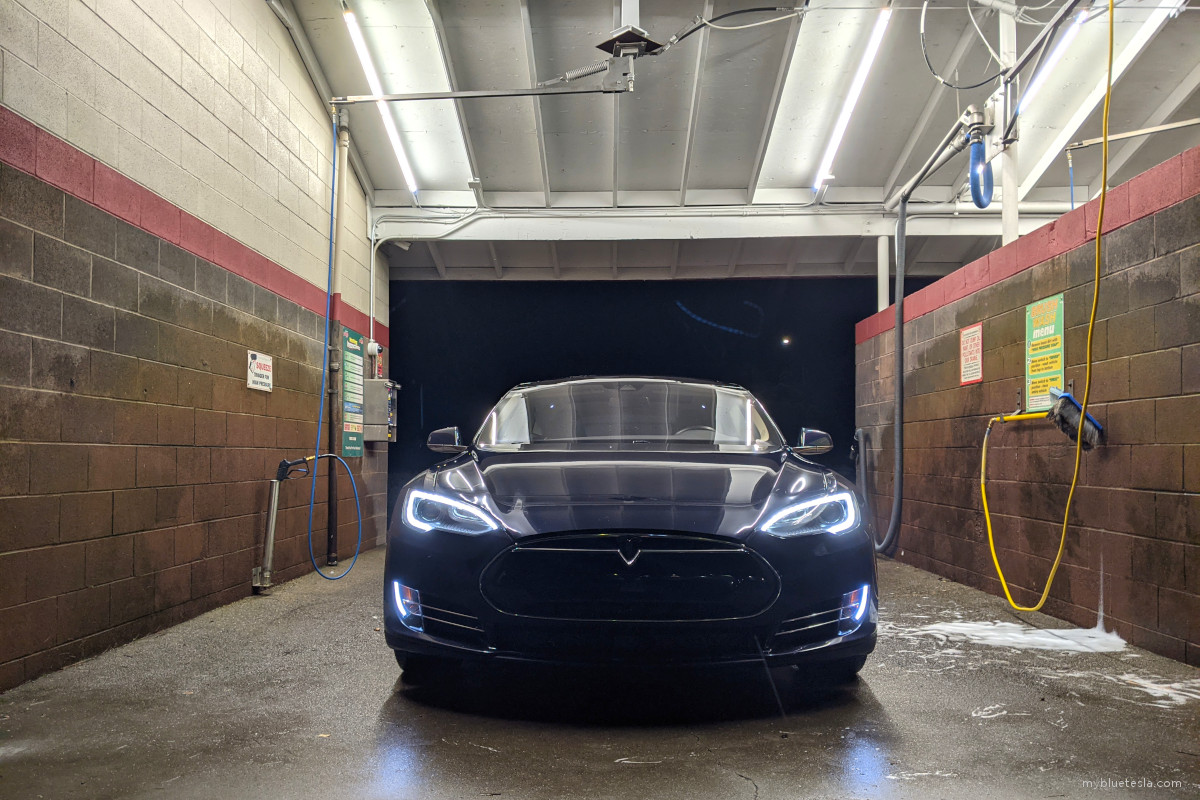 But in general one of the most striking things of the Model S beside the technology is the overall design aesthetic. I spent some time today sitting outside in front of a new cafe admiring the contours. Even after seven years I'm still in love with this car. The Plaid is certainly a major sexy step up with all its capabilities and forwarding-looking ideas, but given my practical needs it's not worth upgrading to. There are better uses of my money. 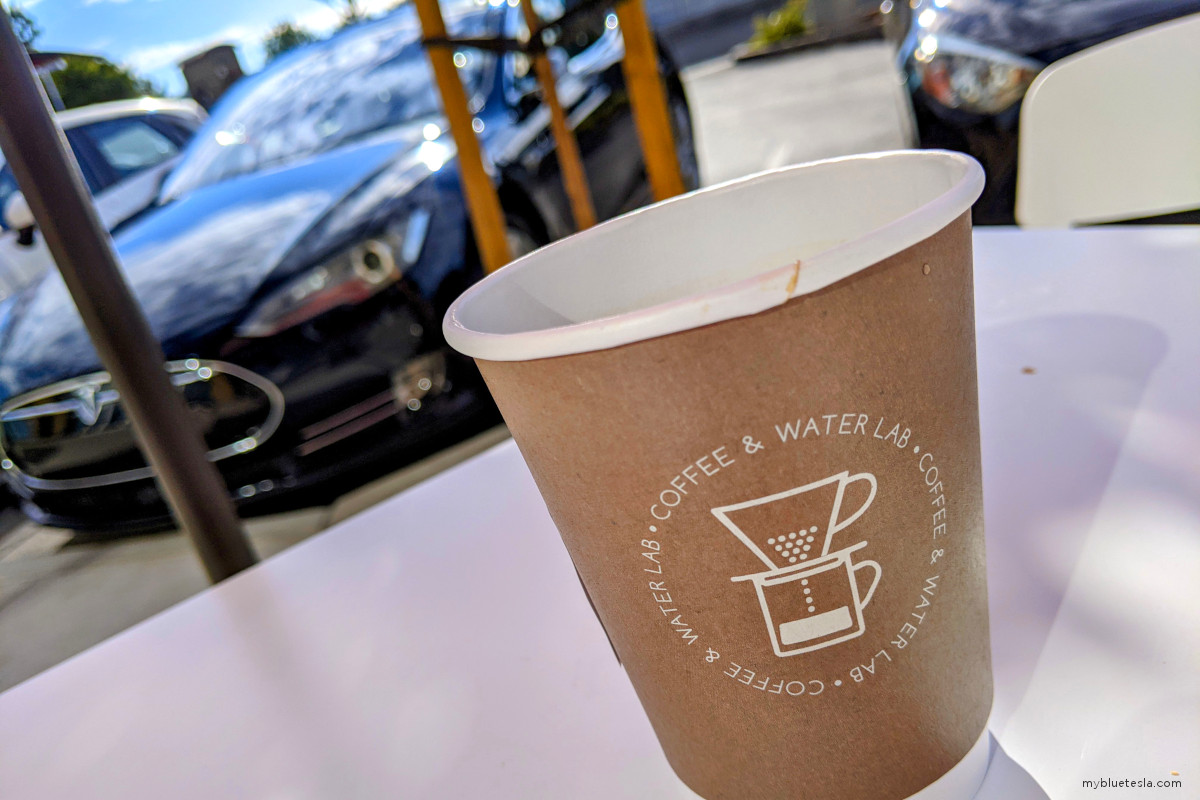 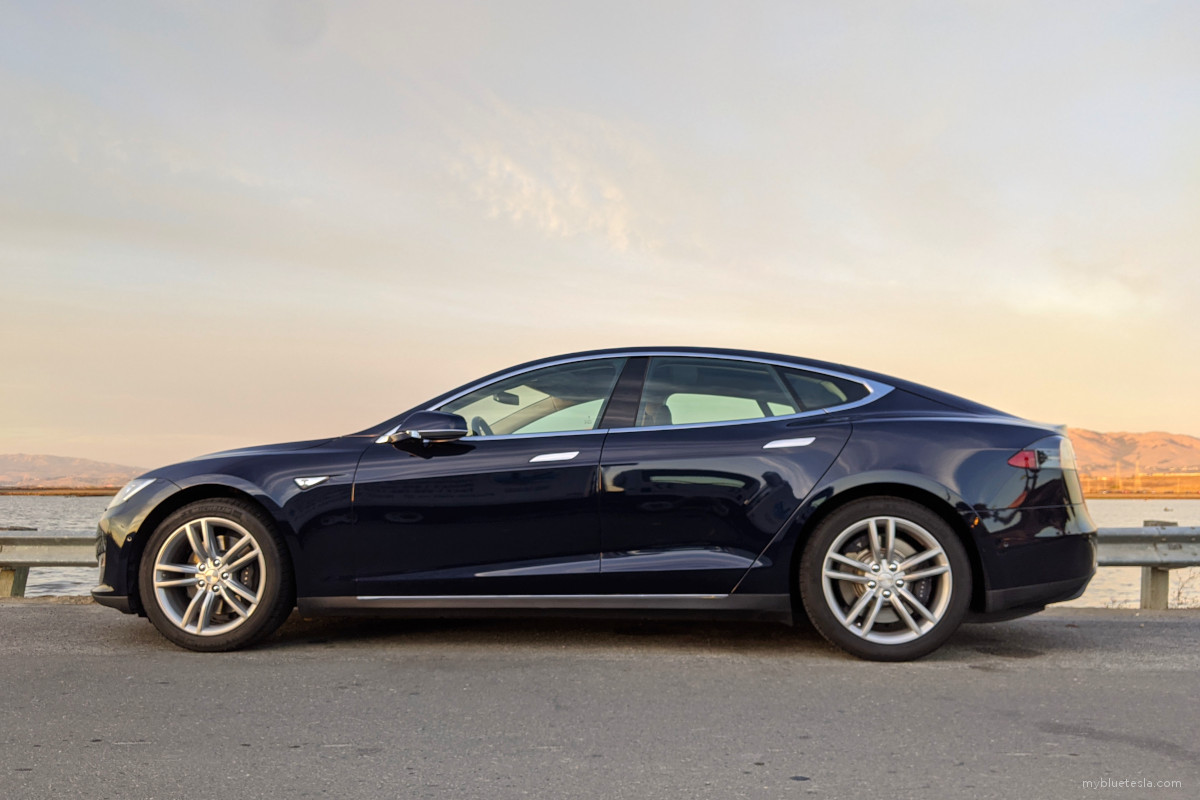 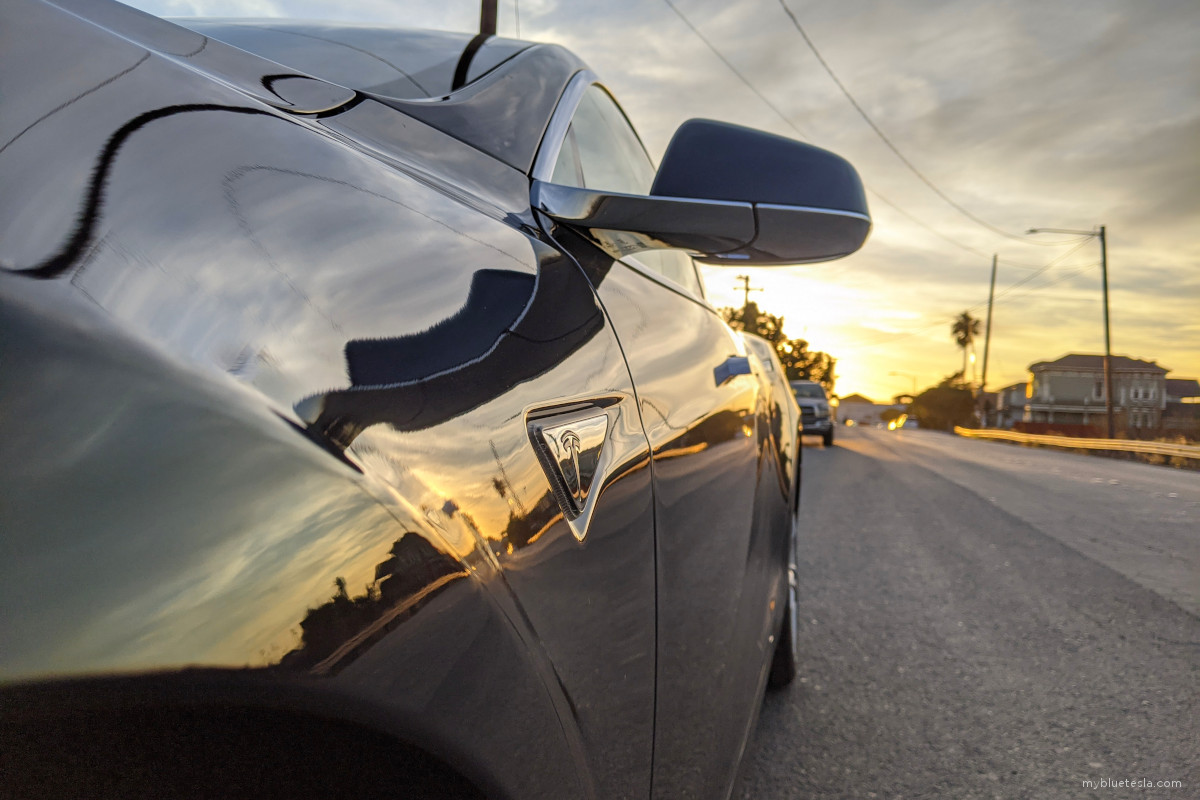 Since inception the Model S lines have remained mostly unchanged and I consider the design rather timeless. Pair that with larger wheels and cha-ching there it is. I have two sets of Turbines sitting in the garage (both the silver and gray ones) so during summer months I can swap to the cooler looking package. I somewhat hesitate to put them on since I enjoy the more comfortable ride, but the Turbines add a nice punch to the look.