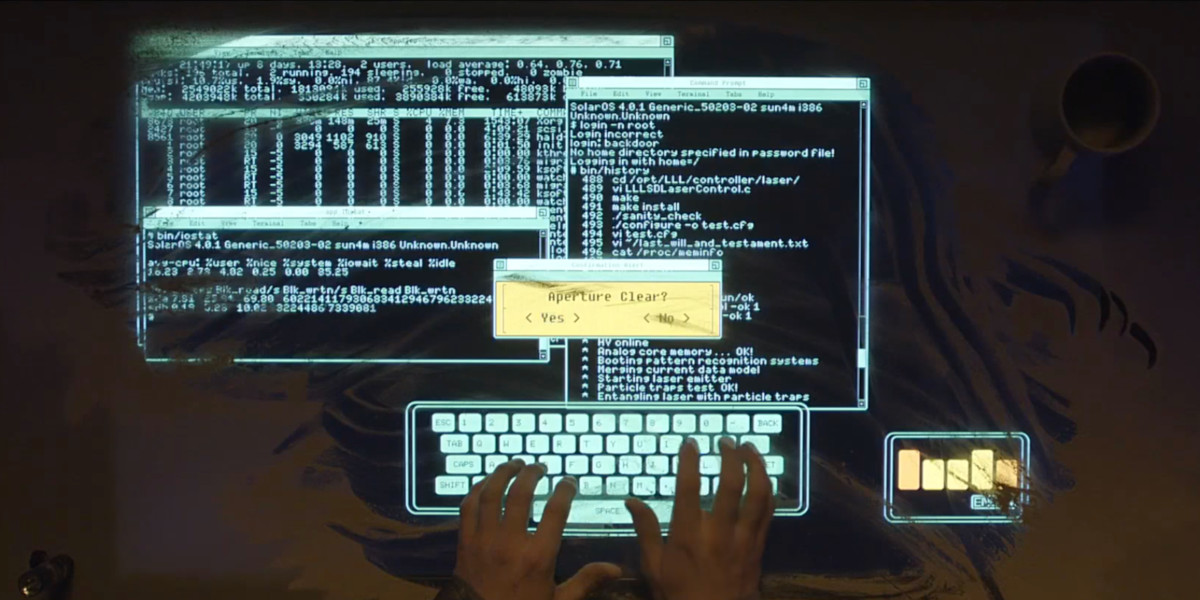 For the last few weeks I've had to rely on my trusty old VW hatchback with 3 pedals to get me around. No regen-braking, no smooth linear acceleration, no navigation system, a leaking heater core, a noisy engine, the smell of burned 91 octane, and the despair of relic technology to get me to point B. I even had to break out the old VCDS to clear out some fault codes for an old Check Engine Light. Plus this hassle of inserting a key into an ignition and turning it to start the power plant. How quaint. How utterly primitive. Sooooo 20th century.

8/7 - the last time my Model S was able to make contact with the mothership. I decided to reboot the MCU since a software download had been in continual progress for the last several weeks. This, of course, resulted in a bricked screen. Upon researching this online I discovered I was part of a larger wave of owners experiencing the same problem for the last few months. I scheduled a service appointment through the app and secured a Mobile Service visit several days away.

8/10 - got a text notification asking which Service Center would be the most convenient for me since my issue couldn't be addressed by Mobile Service. I chose Fremont as usual. The next day I got a confirmation that an appointment was scheduled for 8/19, over a week away.

8/13 - received an app notification to confirm planned work. There wasn't much to confirm other than perhaps diagnostic fees or something. By this point it was obvious that charging wasn't possible without the climate turned on (which could be manually triggered by opening the door and waiting a while). Unfortunately L1 charging could not overcome the rate of energy expenditure while the AC ran, and when attempting to use nearby public L2 chargers the car limited itself to L1 speeds. In addition, Supercharging didn't work at all. I was losing net charge on a daily basis. I became worried that I'd have a depleted pack by the appointment date, necessitating a tow. I let the Service Center know via text reply.

8/14 - they notified me it would be okay to drop the car off early given the circumstances. A few hours later I drove over. This wouldn't start diagnosis and repair any earlier than the original appointment, but at least maybe they could get parts ordered sooner. Took an Uber home.

8/17 - was informed over the next couple of days that my options were either to swap the daughterboard (the much cheaper solution but I'd still be at MCU1, wait time around 4 - 5 days) or do an upgrade to MCU2 which would be much more expensive but also involve replacing the instrument cluster which I've wanted to replace since last year anyway due to the LCD leakage. The latter option would also likely require a longer lead time for parts (maybe 1 - 2 weeks). I went with option 2 since I wanted the much faster responsiveness on the UI more than anything.

Over the next couple of weeks I got text and email notifications that parts were ordered, ETA became unsure due to uncertain delivery dates, etc. At some point the estimated date of service completion in the app went from August 28 to September 4.

9/1 - received text notification that all parts had arrived and service work would begin! Several days later on 9/3, the app screen changed to "In Service." Progress being made... 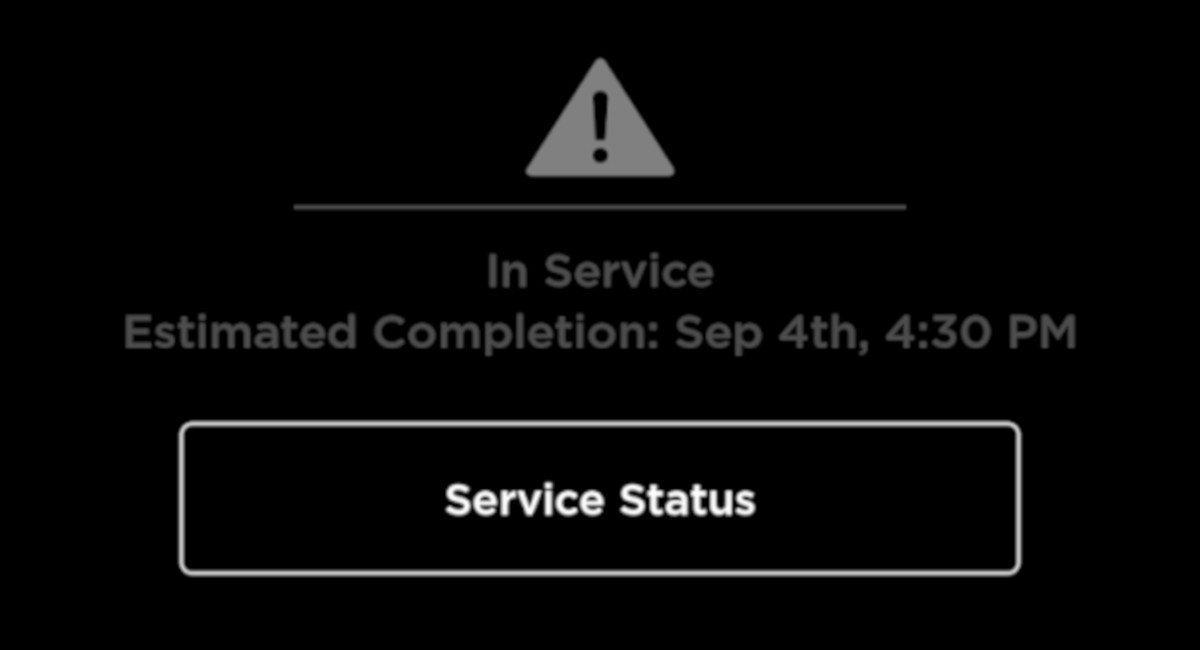 9/4 - around noon I confirmed with the Fremont Service Center that the car would be ready by end-of-day. Took an Uber around 4:00pm and within the hour everything was ready. I was told in the last week there was an initial delivery of parts which had some issues so another order was made to get the issue resolved. 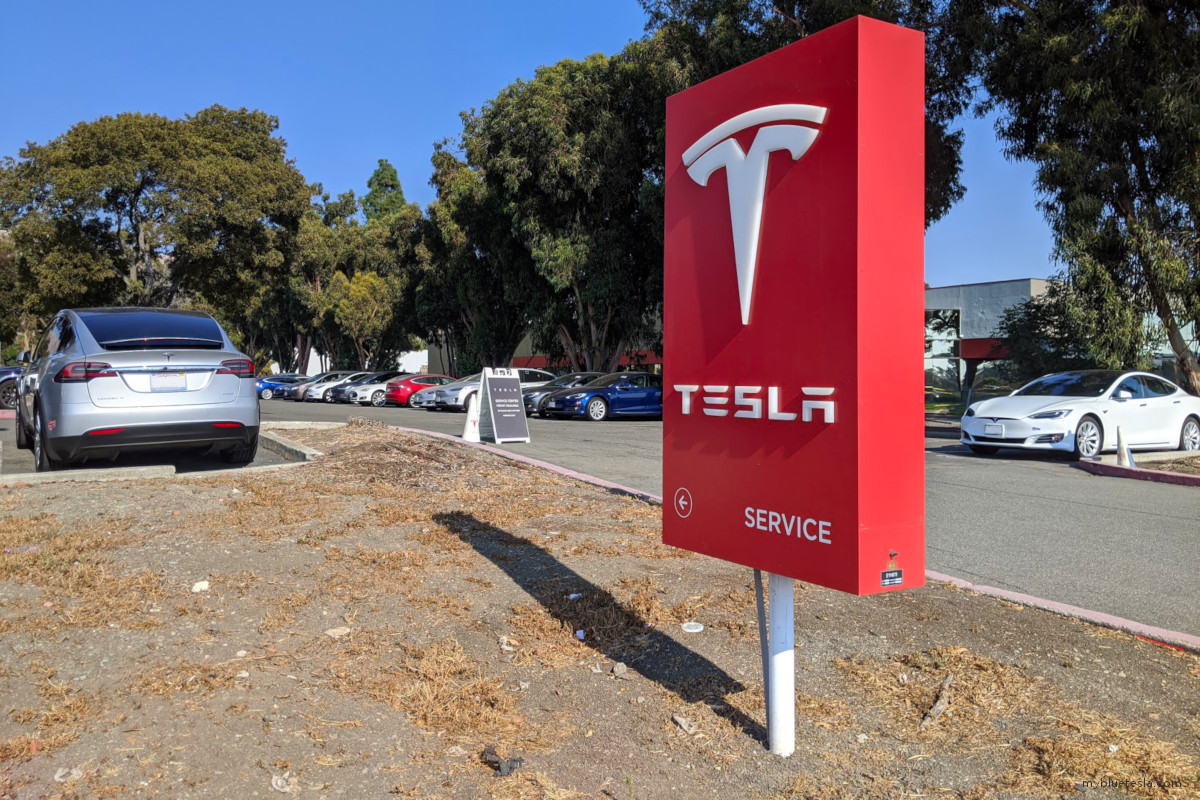 I happened to be in the waiting area staring at the app when the "In Service" screen changed back to the standard display with an updated completion time of 5:00pm. Since the battery charge level displayed in rated miles instead of percentage, this was the first sign that the new MCU was in operation. Within a minute, the status changed to "Ready for Pickup."

An interesting note is that the car's configured name of "Big Blue" still showed in the app even though in the new MCU this name was cleared out. Perhaps it's cached in my Tesla account somewhere.

Something I've never noticed before - the app shows when the car is moving. In this case, a technician was moving it into a parking spot.

The car was dusty since it had been sitting outside for the last 3 weeks waiting for parts to arrive ... but behold - a brand new instrument cluster to go along with MCU2! I've gotten used to the ol' LCD bubble leakage around the edges. 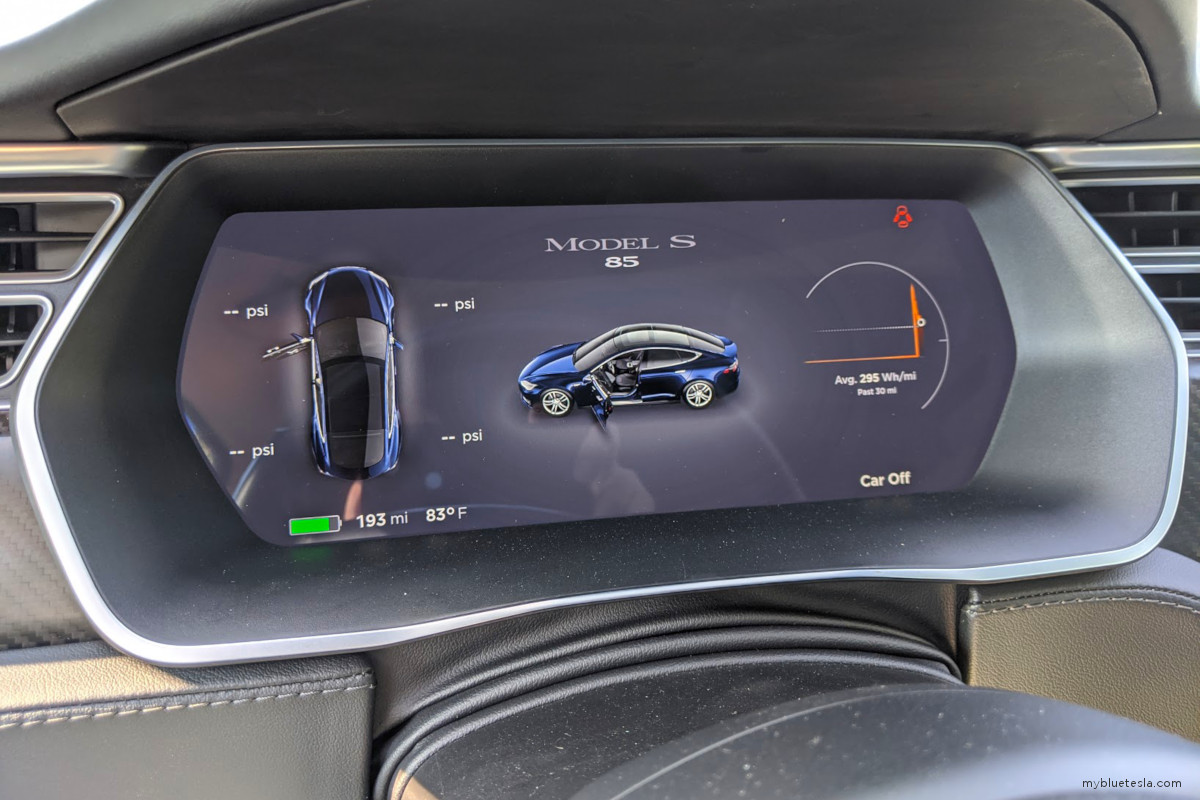 Software version 2020.32.3 came installed. The new MCU obviously doesn't have the car's prior energy usage data (it'd be nice if Tesla stored this in their cloud for historical reference and accessible to the vehicle's owner) so it almost looks as if I have a new battery when looking at the IC energy meter. As expected, almost none of my personal settings were carried over from the old MCU. Even Autosteer was in the default disabled state. My music channel favorites were somehow preserved, however. 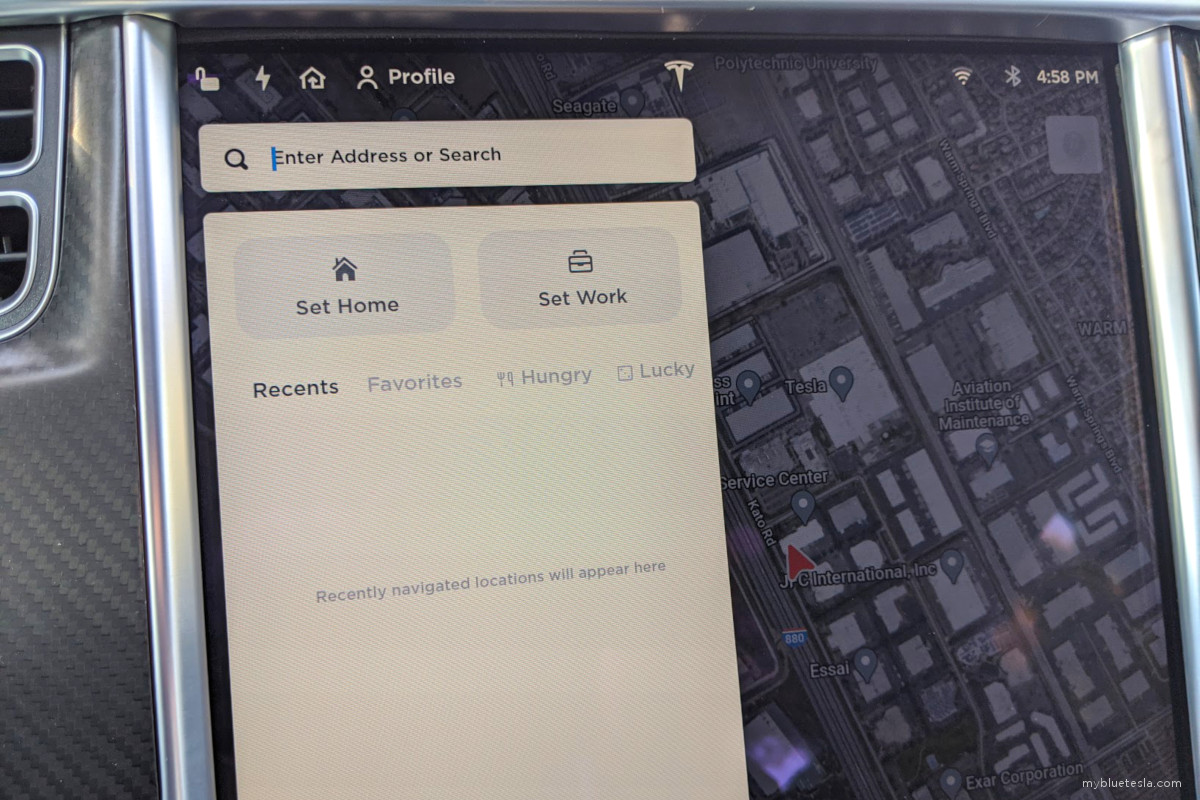 Total headache time for a dead MCU: about a month. Total out-of-pocket cost: $2,731.25. That would buy me a single share of TSLA prior to the split, plus a fractional share. Maybe it's time to sell plasma or give some Lyft rides.

Considering some of the other horror stories I've read on the forums about MCU1 owners going through the repair (in various, evolving forms), I guess it could be worse.

There was a Model Y Performance next to the entrance so I got a shot of the Überturbine wheels. I'm a sucker for cool wheel design. 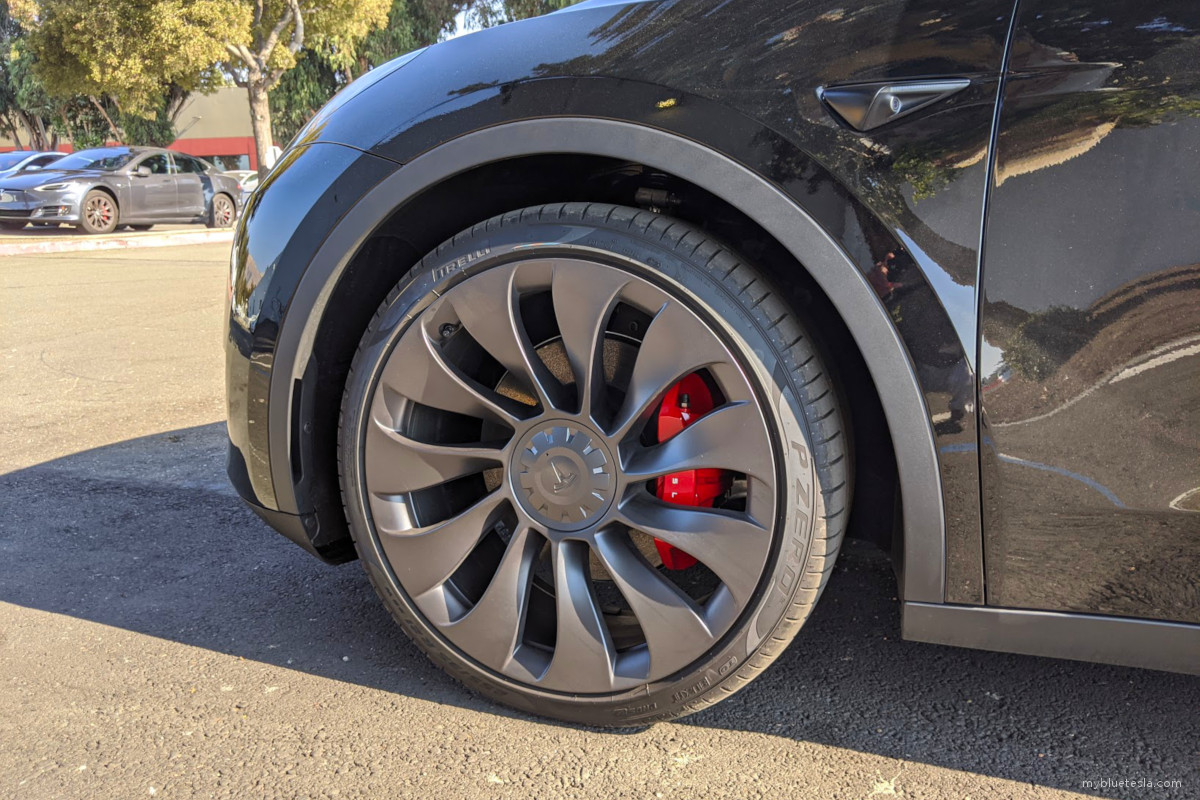 After driving my 20-year old stick shift around for the last couple of weeks while Big Blue was in the shop, I had almost forgotten how effortless driving electric is. My service advisor mentioned that I may have to reinstall the app if I'm not able to open the front trunk or rear hatch with my phone. An odd bug it seems.

The final invoice below. The diagnostic charge was apparently part of the upgrade so the total came in a little lower than the original service quote. That $231 for tax though. Welcome to California. 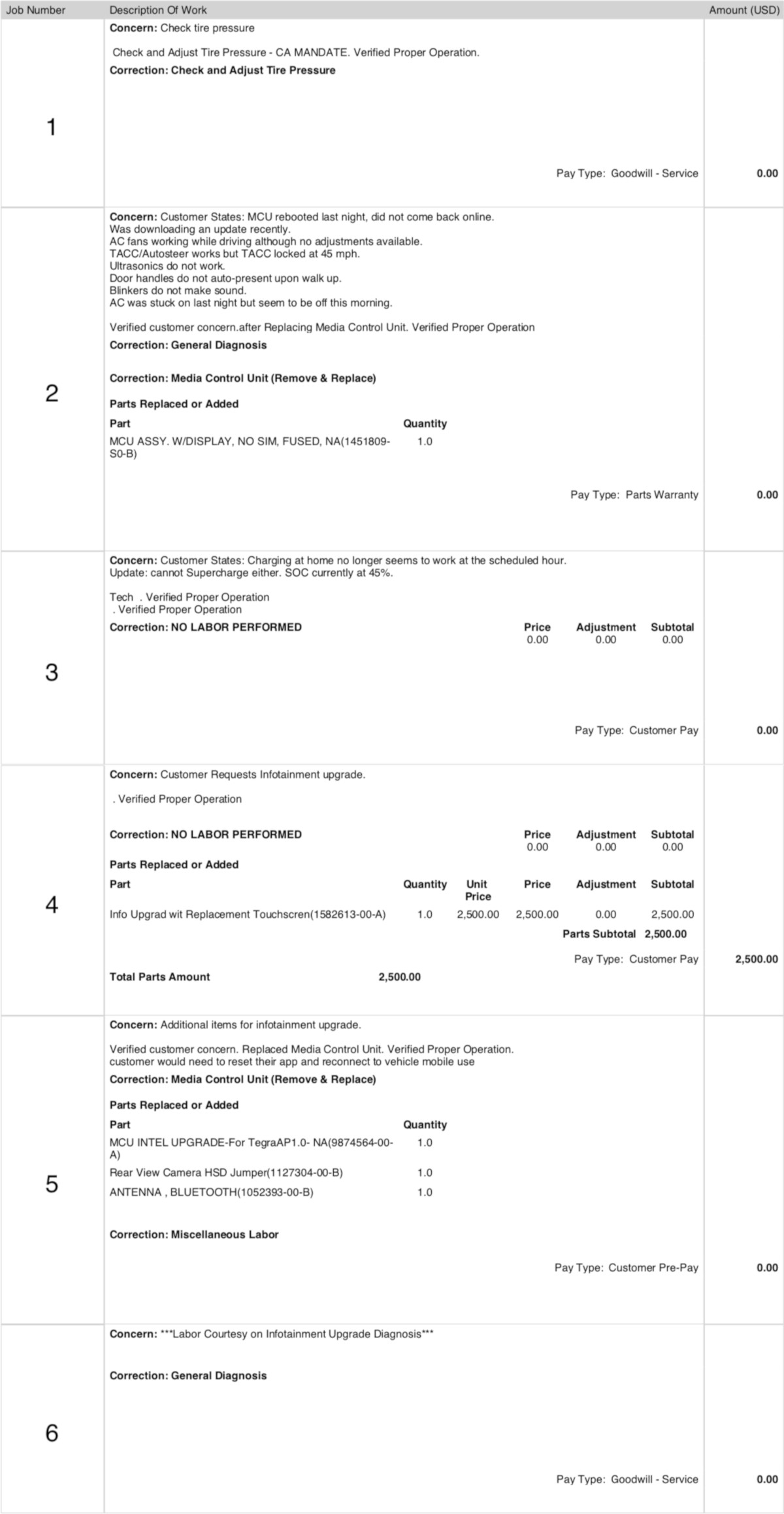 In a way, this is like a rebirth for the car given the heart transplant. My main reason for going for the upgrade instead of the $500 daughterboard swap was to get that faster MCU/navigation map refresh as well as a new instrument cluster. The loss of FM radio is a zero concern for me, and while having the modern games is a nice bonus it's not something I see myself entertaining myself with often. The old degrading instrument cluster didn't interfere with driving, but it served as a prominent reminder that the vehicle was aging. Interacting with the MCU is a fundamental part of the ownership experience and a fluid touch response adds enough to it that I decided the future-proofing for the next decade justifies the price tag.

And while I don't have any of the conveniences that newer Teslas have with AP2, Sentry Mode, etc. I'd rather not run into any eMMC issues again or any other limitations still lingering in the older MCU hardware. I'm hoping to drive this same car for at least another 5 - 10 years.

Over the coming weeks I'll be mentally reviewing the benefits and enhancements that MCU2 provides for me and maybe writing up my observations. One last good news - I've confirmed that mybluetesla.com actually renders on MCU2. It's rather ironic that it rendered poorly on MCU1. But now it's very fast. Smooth. Magical. Wow. 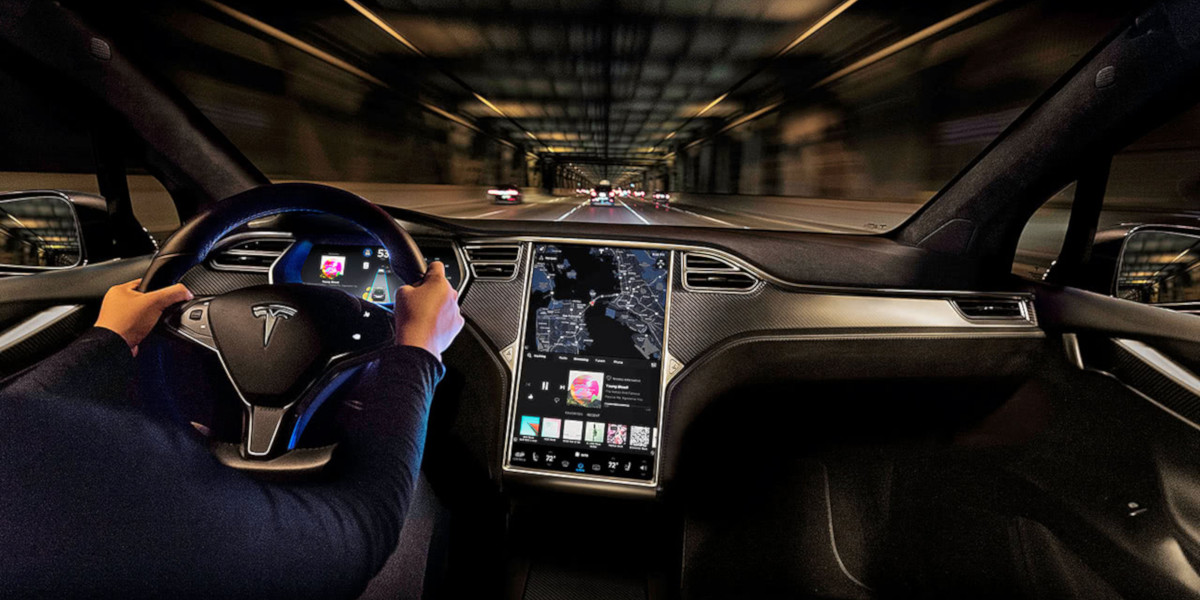